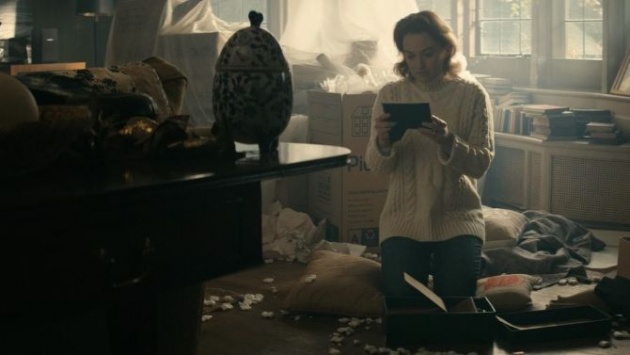 I frighten easily. Dealing with utility companies, entering a black cab – these leave me at the mercy of malign forces. When I watch a British horror film, I am less than terrified. Most of them descend into silliness as the characters do things that you or I wouldn’t entertain. There are other deeper reasons that make horror the one nut British filmmakers find difficult to crack.

Religion: the majority of Britons do not practice religion, though my lad is fond of playing Youtube clips of celebrities saying ‘hell no!’ on his laptop.  We are rationalists, refusing to believe in the afterlife or that there are forces out there beyond our control. We have stripped our practiced Christian religion of the function of naming evil – paedophile priests in the Catholic Church don’t help – so that English priests have become gentle common-sense moralists. The firebrand form of religion, all call and response, recitation and repetition, is practiced by second or third generation immigrant communities (mainly from Africa) where the congregation is worked into a state of exultation. Surprisingly, no black British filmmaker has taken on the religion of his or her community, I suspect for fear of being an outcast, but a British exorcist would primarily operate in the black community amongst troubled middle-aged women.

Folklore and behaviour-altering objects: Some of the best horror films have dealt with objects invested with a strange power. Watch this videotape and you’ll be dead within three days. Our rationalism doesn’t buy that objects can contain an evil spirit. Shoes aren’t possessed, mirrors don’t reveal dark secrets. Behaviour altering objects would be destroyed or perhaps be taken to a charity shop. Folklore is generally a metaphor for something, not literally a spirit wanting revenge but the manifestation of a social ill.

Most British horror films descend into social issue thrillers: Horror is fundamentally that which is non-rational, that we cannot or refuse to understand. The majority of British horror films turn into discussions about the haves and have not, where the threat is from the socially-excluded. Sympathetic but vulnerable characters are placed in a tower block where a threat could emerge for every corner, or in the countryside where impoverished residents are angered by decisions made by city folk, or in places of education, where the excluded children return. These films generally don’t invite sympathy for the excluded as they are the ones with weapons and become a way of justifying the order of society, the dominant view. The best horror films are subversive, attacking the fragility of imposed order, rather than re-statements of the status quo.

Many British filmmakers cannot transcend the clichés. These include: the child that runs away putting the concerned adult and child in danger (also substitute child for pet); the trip to the cellar to switch back on the power; the out-of-focus figure that runs past the front of the camera or is briefly noticed in the background; you think you’ve escaped the menace and suddenly there it is; the unusual weapon introduced in Act One that is eventually used by Act Three; the dehumanising prop, for example a mask, worn by a potentially malign figure; the belief in out-of-character behaviour, ‘why did you stand outside our bedroom dressed as a maniac?’ Often these scenes come across as silly.

Desire: Some of the classic horror stories are based on (sexual) desire experienced by the characters driving them to desperate behaviour. In some instances, characters want to turn back the clock, attempting to make things like they were before (inevitably based on a twisted version of reality). In extreme cases, they want to bring back the dead. The protagonists are transformed into obsessive mono-maniacs whose behaviour is destructive. There is a shift in our sympathy from one character to another, from the character who becomes an obsessive to their dependant wife or child.

One idea movies: One of the best modern horror films is LET THE RIGHT ONE IN. A boy is saved by his relationship with the immortal vampire next door; both figures are sympathetic. Here, evil is normalised, part of society to begin with (bullying). The supernatural figure delivers the protagonist from the worst aspects of his life. There are multiple ideas going on in that movie, about the failure of relationships, the most pure not involving sex, the curse of immortality. British horror directors rarely tackle more than one idea at a time, obeying the Paul Schrader school of ‘problem, metaphor, plot, technique’ school of screenwriting. They ought to let an idea develop into other ideas, the associations taking flight.

And so to BLACKWOOD, written by J S Hill and directed by Adam Wimpenny. I approached it in an optimistic frame of mind, as if somehow the makers have cracked the trick of making a scary British horror film. Mostly it is a set of clichés. A family moves into their new home, a remote old house too large for them. The patriarch, Ben Marshall (Ed Stoppard) is starting a new life. He is a TV historian reduced to teaching in a lower order college. He describes himself at interview as passionate and driven. The character’s predicament is interesting. What happens when you feel that the life you excelled at professionally sent you to a nervous breakdown? The story taps into deep-rooted British anxieties: that we are doomed to failure; we don’t deserve success. It’s the reason that stops us excelling at sports, that somehow dedication, skill and hard work aren’t enough. We fear what we are losing so we pull back and descend into mediocrity.

The makers should have mined this idea more, specifically the desire to beat the curse of mediocrity. Instead, what we get is a fairly ordinary haunted house movie. Ben is afflicted by visions that convince him that the house was the scene of a violent murder involving a young woman and her son, the wife and child of a battle-scarred army veteran (Russell Tovey) who served in Vietnam. By the end, he is driven mad. He is the typical obsessive who moves into being unsympathetic; a figure in danger transformed into the threat.

There are some suspenseful set pieces – the best moment is when Ben visits the former owner Olivia in a retired person’s home. When he tries to take her sketch book – she is obsessed with drawing a boy with an owl mask – she grabs his arm and utters a silent shriek. (There is something about an old person and a wide open mouth that works every time.)

The makers are intelligent enough not to make the army veteran a problem – he is a victim. But they don’t delve deeply enough into the protagonist’s insecurities. British horror filmmakers fail because they pull back from the psychic traumas that really scar us – why failure is so compulsive. There is a denial of the transformative power of art, that our dedication is a normalisation of impulses that might be destructive. (‘If I didn’t practice art, I might be anti-social.’) The problem might be that those people who produce films in Britain, having successfully secured the money, are too well-adjusted to make it; they don’t need to do it. So what they produce is cinema as coitus interruptus, pulled back before they make complete fools of themselves.