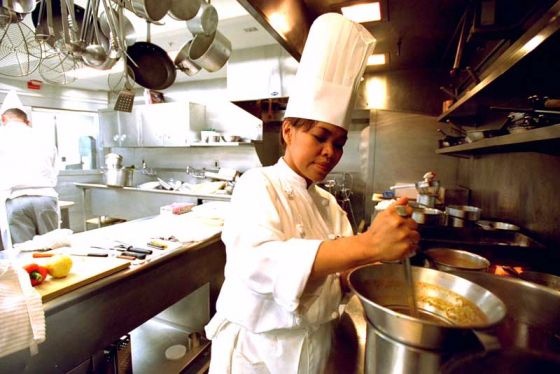 MAKATI CITY, PHILIPPINES, August 25, 2009 - Cristeta Pacia Comerford made culinary history when she became Executive Chef of the White House—the first woman and the first minority to be named to the post. Four years and two US presidents later, she shares her experience with Asia Society members—led by trustees Ricardo Romulo and Ray Dempsey—and friends in the latest edition of Filipino and Proud, a series of talks featuring prominent Filipinos who have made their mark in their chosen field.

Over cocktails at the Makati Shangri-la, Chef Cris opens up about working in the White House, cooking with her family, and what lies ahead.

On being named the first woman and minority Executive Chef
It was August 15, 2005 and in the Washington Post, it read "Toque of the Town: White House proclaims first female executive chef." I did get word the previous Thursday and I had to keep mum about it. Nobody could know until the official press release came out the following Monday. I wanted to call my mom but I didn't think she was going to keep quiet. There are about 200 people from my clan in Chicago, so that would make it very difficult for her.

I never imagined how big that decision was. All I thought was, they've had executive chefs before, but being the first female, the first Asian, the first minority and the first Filipino meant a lot to a lot of people. And I'll make a confession here: I did Google myself at the time. And there were all these articles in different languages, and they all said the same thing, the White House chef is female. And it's such a great feeling. Not just for me, but for all the young culinaries out there.

On her chief responsibilities
My primary job is to take care of the First Family: the President, First Lady and their two daughters. And if they do have guests, we take care of them as well. But at the same time, the White House is a living museum and we do hold events that are either social or official. My repertoire is wide. It could be an intimate dinner for two, or a state dinner for monarchy—which we did a year ago for the Queen of England—or a big Congressional picnic for 3,000 people.

On getting the job
There were 450 applications from different parts of the US, then it was narrowed down to  10 and finally 3. But at the same time, the position of EC was void, so who does the work? The executive sous chef (the position Chef Cris previously held). So I was doing all the work, but at the same time I had to contend with a tasting menu that all the candidates had to do. It was really difficult because part of my job was to help the other chefs succeed in their menu tasting, and I didn't really have time to research for my own. I also had a state dinner for the Prime Minister of India to contend with, a sitdown for 136 guests.

I didn't realize at the time that the state dinner was my menu tasting. All the time that I was doing the preparations, the First Lady (Laura Bush) was looking at how I interacted with people, how I did my job, and how I didn't falter under pressure.

On culinary talent in the family
It was mentioned that I have an 8-year-old daughter, Danielle, who can do a four-course meal, it's true. For Mother's Day, she even printed out a menu of the things she would cook for me.

We took her to Daniel's in NY for a tasting dinner of 16 courses. She did eight courses, and she did them well. Of course Chef Daniel Bouloud took her to the back in the kitchen. And I thought, "How come he's taking her and not me?"

For all these things, I really do owe a lot in my career to my husband John. He's been the most loving guy. He's also an executive chef. But when I did get the job, he looked at me and said, "Cris, you know this job is going to take a lot from you, but I'm going to make it easy." And so he took a step back, because we have an 8-year-old daughter who's gonna be needing a lot of attention.

What I'm trying to say is even though career's good, career's a big part of your life, never miss out on family, because your family is always gonna be there. Whatever you're working for, you work to share with your family.

And speaking of family, let me tell you about a woman who really inspired me: my mom. We came from a blended family of eleven kids.  Even as a third grader, I always volunteered (to help). I really learned cooking and how to combine food because of her. It's almost like second nature to her—she didn't even think about it, she didn't have to measure, she didn't have a recipe. I'm really grateful for her.

On her family's home cooked meals
Actually, my husband does most of the cooking, but we have this rule at home: anything that takes more than ten minutes is a lot of work. My daughter really loves Filipino breakfast, and she asks for it everyday -- tocino, longganisa, corned beef and fried rice.

On the possibility of serving adobo at a State Dinner
When you're more of a personal chef, you have to look at your audience and what they like to eat. But of course, Filipino cuisine is innately in me—all of mom's recipes. So I may not serve a big heaping pile of adobo, but I'll use it as a stuffing for another dish.

On a career after the White House
People have told me, "You've reached the pinnacle of your career. You've broken the glass ceiling. Where do you go from here?" I honestly don't know, but once you've accepted the fact that this is the pinnacle...what is the next step? You go down right? So I think in life, you should never take anything to be the pinnacle. Everything you just be a stepping stone to a better thing. From being a White House chef, my next step could be a volunteer position somewhere, but that does not make it a lesser thing. Any task at hand, no matter how menial or grand, should be given the best of your God-given ability. 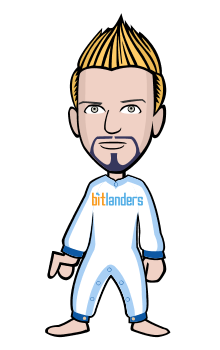