A boy from Coventry has become the youngest computer specialist in the world.

Ayan Qureshi is now a Microsoft Certified Professional after passing the tech giant's exam when he was just five years old.

Ayan, now six, whose father is an IT consultant, has set up his own computer network at home.

He told the BBC he found the exam difficult but enjoyable, and hopes to set up a UK-based tech hub one day.

"There were multiple choice questions, drag and drop questions, hotspot questions and scenario-based questions," he told the BBC Asian Network.

"The hardest challenge was explaining the language of the test to a five-year-old. But he seemed to pick it up and has a very good memory," explained Ayan's father Asim.

Mr Qureshi introduced his son to computers when he was three years old. He let him play with his old computers, so he could understand hard drives and motherboards.

"I found whatever I was telling him, the next day he'd remember everything I said, so I started to feed him more information," he explained.

"Too much computing at this age can cause a negative effect, but in Ayan's case he has cached this opportunity."

Ayan has his own computer lab at his home in Coventry, containing a computer network which he built.

He spends around two hours a day learning about the operating system and how to install programmes.

When the boy arrived to take the Microsoft exam, the invigilators were concerned that he was too young to be a candidate.

His father reassured them that Ayan would be all right on his own.

The test is usually taken by people who want to become IT technicians. 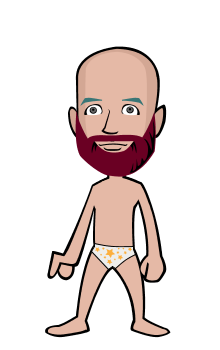