When heavy rain fall, or when the snow on the hills begins to melt with the summer’s heats, river get swollen. When this continues for some time, the water rise beyond the banks of rivers and overspread the neighboring ground. In Pakistan and India this happens frequently during the monsoon. The rains keep on pouring for days, especially in the hills where rivers rise, and huge quantities of water find their way into the rivers. The rivers swell rapidly, sometimes the water rises six to twelve feet in one are two hours. 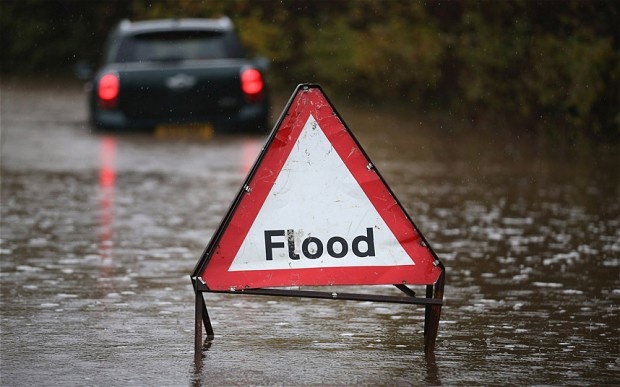 When the rivers are not heavily flooded there is no great danger. In fact, flooded rivers help to make the country on either side of them facile by depositing alluvial soil. But when the floods rise higher           they do untold damage to life and property. Houses are washed away; crops are destroyed; trees are uprooted; cattle are killed; and even human beings are caught in the torrents or are killed by falling houses. 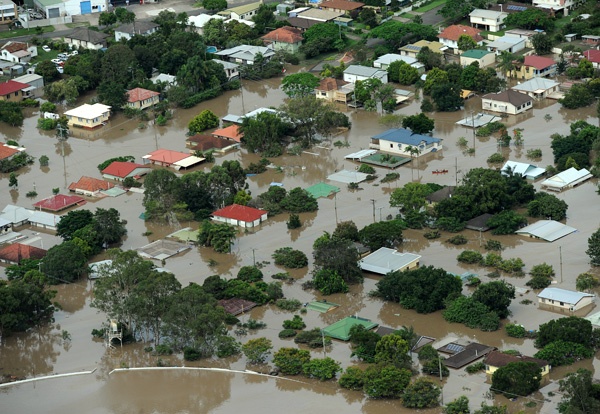 It is difficult realize the horrors of a flood unless we see one for ourselves. Some time ago I witnessed the terrors of a flood in my village. The river Ravi which flows by our village was in flood. The sky had been heavily overcast for many days, and it had been raining ceaselessly for over a week. Way in the hills probably it had been raining ceaselessly for almost a month. The river Ravi was raising rapidly and perceptibly and many were the anxious prayers our villagers offered to propitiate, the God almighty. 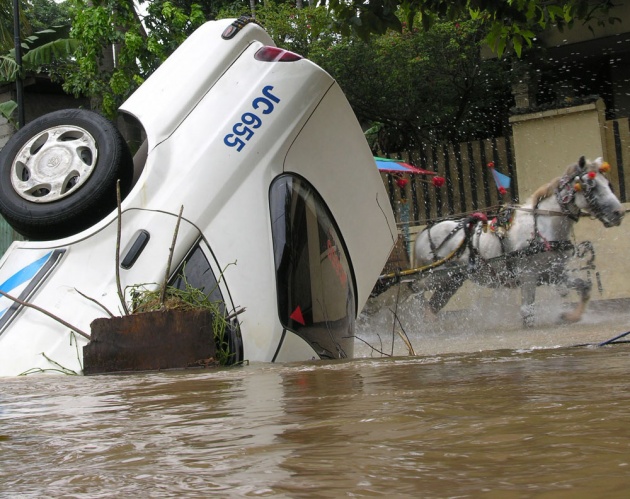 Then came the terrible day. The whole day it had been raining as if the heavens were descending upon us in the form of water, and from our house we could see the swollen river coursing rapidly along, and far as the eye could see there was nothing but water everywhere. The familiar islands and the fields were gone-there was only one great mass of water, reflecting the dull grey of the sky. The little fishing boats that were our delight lay for a while in the midst of the waters, tossing about aimlessly and were soon gone, for they had been cut adrift from their mooring. My old grandfather, who had witnessed just such a flood years ago when he was a little boy, shook his head, and anxiously said that the Ravi would play us false, if we did not take care. 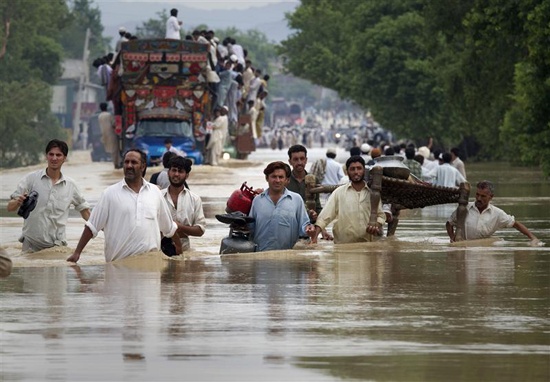 The night we sat up for a long time listening anxiously to the revelry of frogs and the pitter-patter of the rain as it fell on the roof of the house. The cattle had been brought to the verandah for safety. We went to bed, but lay awake, waiting for the breaking of gray dawn. Then we all started up in a mad hurry, for suddenly the alarm had been raised and the whole village was in a panic. The water had risen beyond all bounds, and it appeared as if our village would be washed away.

The rain had ceased, but the night was dark and the incessant croaking of frogs, the lowing of the distressed cattle, and the shouts of men filled the air. A chill wind was blowing. Our courtyard was filled with running water, almost knee-deep, and the water was still rising. We could distinguish, in the dim distance, the dark forms of some barges going up and down rescuing the villagers and their cattle, and carrying them to some place of safety. We shouted to them and waited, shivering and anxious. The current was in our favour, and so we glided along without much difficulty, though when we saw the huge forms of some uprooted trees floating towards us, we were filled with fear. At length, without any mishap, the barges reached a place of safety, and disembarked a host of bewildered men women, weeping children terrified animals. We lifted up our voices in prayer to the almighty who had saved us from terrible death. 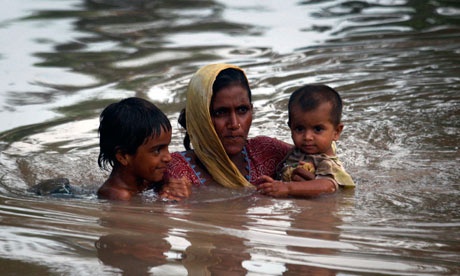 We had stayed there for about three days, leading a very rough and uncomfortable life induced, when report was brought that we could return. We looked forward expectantly to reach our dear homes. But when we went there, what a sight it was that met our eyes our fair village lay almost ruined. Many of the houses on the banks had totally disappeared, and those that remained looked as if they had been untenanted for years. As we went along we saw various household articles lying about spoilt and broken level than most others, was safe, though the cowsheds and one side of the house itself were badly damaged.

It took us long time to recover. Many were the lamentations of the poor who had lost their all in the floods. None of us have yet forgotten the grim terribleness of that awful night, and even now as we lie awake on a dark and stormy night, listening to the patter of the rain, we shudder and think of the cruel flood that overwhelmed us five years ago. 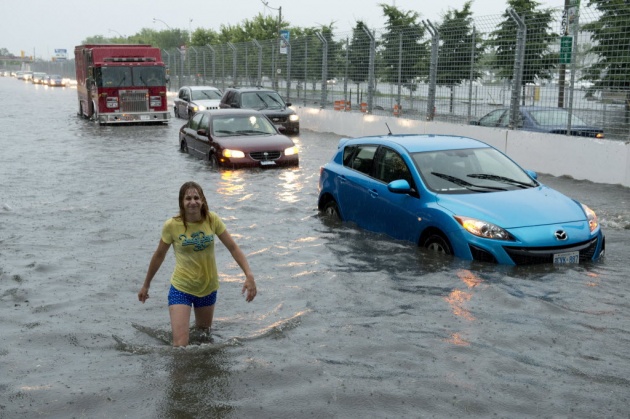