What is a documentary Letter of Credit?

It is a conditional undertaking by the issuing bank given to the seller at request and in accordance with the instructions of the buyer to effect payment up to a stated sum of money within a prescribed time limit against stipulated documents.

There are two common conditions contained in each letter of credit:

The distinctive features of documentary credit as follows:

Letter of credit by their terms can be made available to the beneficiary in four ways:

Parties to a letter of credit.

Mechanism of Letter of Credit

Importer and Exporter enter into a contract through Performa invoice to export and import goods from one another. They agree to certain terms to be incorporated in the letter of credit.

Importer applies to his bank for opening of LC, and hence after is called opener or applicant.

After going through their international procedure, importer’s bank opens a Letter of Credit, in favor of the exporter, who shall, hence after be called as beneficiary.

Opening bank sends a letter of credit to their corresponding bank in beneficiary’s country for advising to beneficiary. Such bank is called Advising Bank.

Advising Bank, after establishing its authenticity, forwards the letter of credit to beneficiary under their covering letter.

On receipt of letter of credit the beneficiary ships the goods and prepares documents in terms of the LC for submission to bank nominated in the LC, as negotiating bank.

Negotiating bank after having determined that documents are strictly in terms of LC, negotiates the documents. (Negotiation means giving value of documents to beneficiary).

On negotiation, the negotiating bank claims reimbursement from the bank mentioned in the LC as reimbursing bank and forwards negotiated documents to opening bank.

Opening bank on receipt of documents, examines the documents to ascertain that these conform to terms of the LC. If found in order, documents are lodged and presented to opener for payment.

Opener makes payment for the documents and gets the documents from opening bank duly endorsed in his favor, for release of goods.

Opener/Importer gets goods for which he contracted with the exporter.

Exporter/Beneficiary gets money for the goods exported to the importer.

Negotiating bank obtains reimbursement in terms of the Letter of Credit.

Opening bank gets payment from the opener, which was reimbursed through a nominated reimbursing bank. 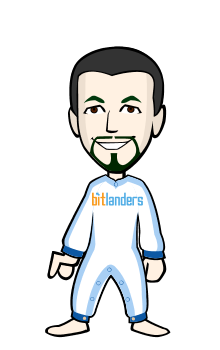 Forex Trading: the management of risk and capital

Forex Trading: the management of risk and capital Photo credit: twitter.com Edition by Amber255 via…

FBS is the best Forex Trading Site.... FBS-Free 50$ for trading…