Getting Deeper with Bitcoins 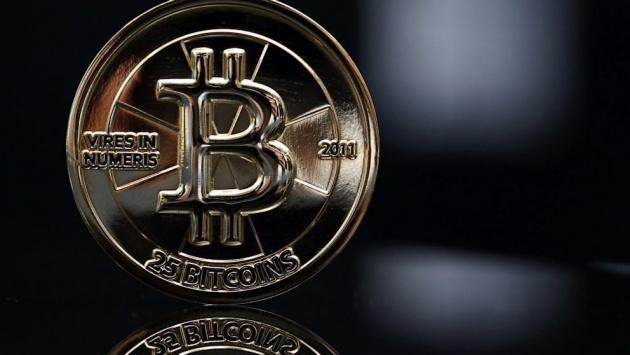 In my previous blog here in bitLanders I talked about Getting Started with Bitcoins. Now I think it’s about time we get deeper in knowing this digital currency.  In this blog, I will talk about how transactions in Bitcoins are being made, the factors affecting its price, its security as a currency and many more but before we go on, let us first have an insight back where Bitcoin started:

BITCOINS are known as a digital cryptocurrency and was first introduced as a payment system back in 2008 by Satoshi Nakamoto. It is just in 2009 where they launched it as an open source. The good thing about Bitcoins is that it runs as a peer-to-peer meaning users can transact directly to each other without a middle man or an intermediary. All the transactions made by the users all over the world are recorded in public ledger known as the blockchain and is first verified by nodes.

Nodes - known as networking. This term is commonly use in communication networks.

Surely there are many ways how an individual can earn or acquire Bitcoins. One way is by mining. This activity focuses on competing with other users on a network to earn bitcoins through a custom built hardware or device purposely made for mining digital currencies like the photo shown below: 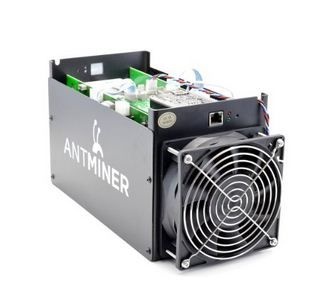 Now Bitcoins are used in many ways which I further enumerated in one of my bitlanders blogs — Where to Use Your Bitcoins?. In this blog you’ll discover how awesome this digital currency and how beneficial it is in our modern life. 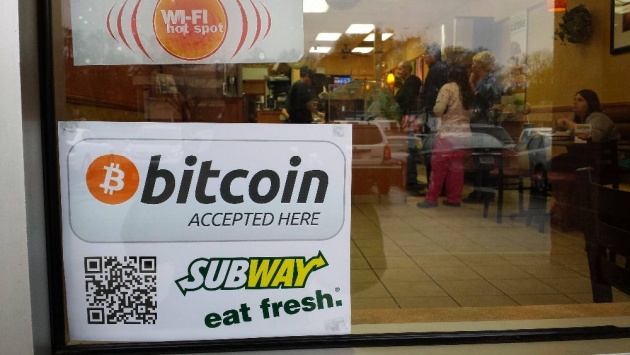 (Subway now accepting Bitcoins as a mode of payment)

For every Bitcoin user, blockchain is famous. Every transaction made across the globe, it is recorded everything in here. It is public and everyone can access to see the data being recorded. At around 6 times every hour, a new transaction or group is created and is added to the network and immediately published in nodes.

We all know that there's no organization or company that handles the overall authority for bitcoins to oversee its operation. All that is true but other than that there is still servers we can call that keep track all the transaction. In the Bitcoin network, it is known as the full node. The full node is commonly known like an electronic bookkeeper. Each containing a full and complete copy of the public ledger.

How Transactions Are Being Made?

Every transaction should be digitally signed and it must have one or more inputs. In order for it to be verified as well as valid, each and every input should be unspent output of the last transaction.

(To send money in another’s account or wallet address, they must have the correct wallet addresses that are usually a combination of long numbers and letters. For smartphone or mobile users a provided QR codes can be used)

Every transaction has a set of inputs and a set of outputs. Inputs, determines which bitcoins are being spent while outputs are bitcoins that will be assigned to their new account. All the process between sending and receiving are digitally signed. As soon as an output is spent by a following input, no other transaction can spend that output again. This what makes bitcoins secure and impossible to copy. 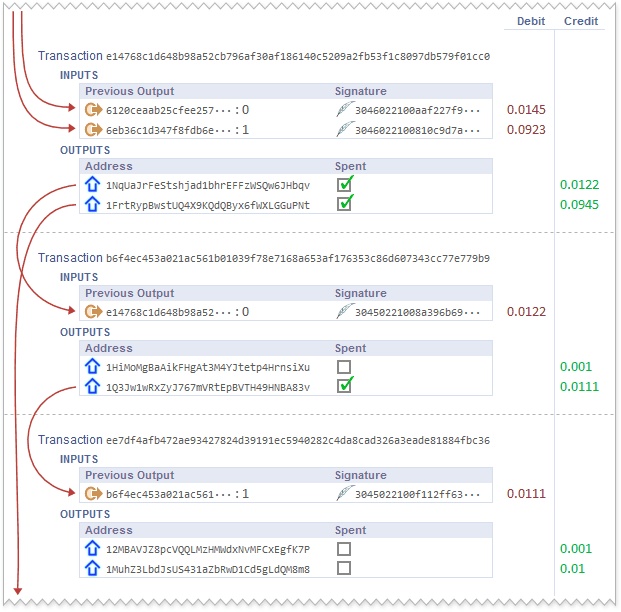 When making a transaction, it it visible that one must have a wallet address to do it. Through this electronic wallet, a user can "send" bitcoins to another user. In fact when you as the user send a bitcoin to another account, you are not actually and directly sending something.  Instead, your wallet does the job of reassigning those digital currencies through adding a transaction in the public ledger.

Another thumbs up for Bitcoin is that it can be processed without the need for a processing fee. Paying for the transaction is situational or optional depending on the services you are going to use. Some services require a fee in order for them to further enhance and improve their service for stability.

Factors Affecting the Value of Bitcoin

There are two main points we need to know here. It’s the price and the value. The price of  bitcoin is the the monetary cost of the digital currency on the other hand the value of bitcoin is referring to its demand, the use or its usefulness in the real world. This value is also expressed as the exchange rate in the real world currency.

The ups and down in the rate of Bitoins is determined by many factors. It is broad and diverse. And can be slow but really stable at the time being. Right now, there are around 13 million bitcoins in circulation. The increased and widely acceptance of this digital currency results in high demand.

To sum it up, there are 3 factors I can point out that affects bitoin’s value:

2. Demand of Bitcoins (for people)

3. Total stability of the network or worldwide market.

When money is involved, it is just right that everyone should be aware of issues that might arise. Good thing Bitcoins can be run anonymously. This is done and achieved by not identifying information from the bitcoin addresses while making other transaction data public in the blockhain. Because of this feature, privacy is protected and merchants can assure their safety as long as they would not be falling in their own mistakes.

For an ordinary user like me, I can say that bitcoin is safe and secure. I never had any bad encounters arising from using this currency since it was introduced to me back in 2014. According to experts, Bitcoin has indeed a very good reputation in terms of safety. It covers a high level of security, IF and ONLY used properly. Everything is still in the hands of the user. It is an individual’s responsibility to be aware on where he or she will be using it.

(Exercpt -The collapse of Bitcoin exchange Mt. Gox led some skeptics to wonder if the virtual currency was still a viable form of exchange. It also raised the profile of the controversial cryptocurrency and drew interest from government officials around the world. Duke University Fuqua School of Business)

Well, the best way to be sure is by securing your online wallet address. There’s no difference in securing it as how you would secure your real life wallet. Always be careful for online services exist out there. Read reviews and feedbacks if necessary. Another way to secure you wallet is by encrypting your data and having back-ups. For those who are using software, it’s a must you keep it up to date.