Few things chap my ass more than damned teenagers who don’t know when to hang up the pillowcase and stop trolling for free candy on Halloween.

Don’t get me wrong, I have no objection to doling out some boxed raisins or wintergreen lozenges to a 3-year old in a Ronald Reagan costume but I get pretty incensed when some pock-marked 17-year old smelling of bong water and sloth shows up at my door with an insolent scowl and a demand for free food.

In my day, teenagers didn’t harass their neighbors for unearned sweets – they were too busy holding down jobs, harvesting crops or serving in the armed forces overseas. But nowadays it seems young people trick or treat into their mid-twenties. Half the damned “kids” that bang on my door are over six feet tall, have five o’clock shadow and voices deeper than Elaine Stritch for Christ’s sake.

And, honestly, if you insist on coming to my door looking to scrounge some hard candy at least put some effort into it. These damned teens refuse to say “trick or treat,” won’t make eye contact and sure as hell don’t bother with costumes. They just roll their eyes and stick a sack under your nose while text messaging their location to other scurrilous moochers in search of easy prey. If they intend to carry on with this shameless behavior the least they could do is dress like hobos or – perhaps more accurately – petty thieves.

And to add insult to indignity, they’re pounding on my door at 9 o’clock when I’m already in my nightshirt and well past the time that most legitimate trick or treaters have already gone home, gorged themselves senseless and thrown up on the area rug.

I’d send them running with their tails between their legs but they always have an air of violence about them. Rebuke their snivelling demands and you’re likely to find your pumpkins violated, your rose bushes covered in toilet paper and your windows spattered with eggs.

Well, threat or no threat, this year I’m saying “No”.

Be advised that any damned teenager who shows up at my door this Halloween won’t be getting anything but a copy of the want ads, directions to the local military recruitment centre and a cane to the side of the head.

Happy Halloween. Now get the Hell off my lawn. 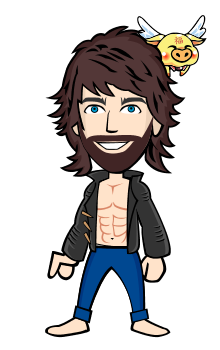