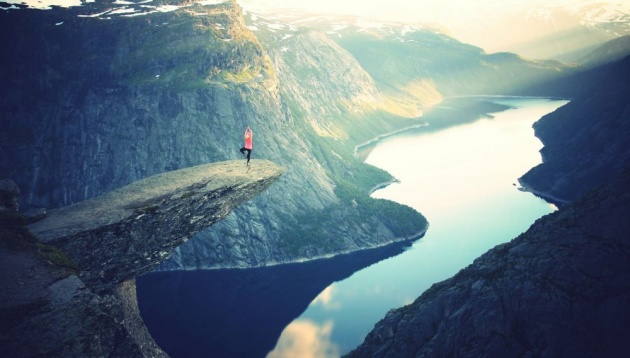 Yesterday, GoPro unveiled its latest flagship action camera, the GoPro Hero4 Session. As always, the company released a long video packed with great shots of extreme sports. But two things struck me — nearly every athlete in this video features a Red Bull logo on their gear, and producing videos like this one could become a lucrative business. Instead of investing in their existing businesses, the two companies should consider merging and becoming a full-time media company.

Red Bull and GoPro already have big in-house video teams and rely a lot on their short extreme sports videos to increase brand awareness — they probably share the same demographic target as well.

Chances are that you drink Red Bull cans because, whether you want it or not, these videos make you think that you can do the impossible with a bit of Red Bull fluid pumping through your veins. And chances are that you bought a GoPro camera before your vacation thinking that it would be the Swiss army knife of cameras given that you saw people climbing mountains and biking in the mud wearing one. This video strategy is working and the two companies are well aware of that — but it could also be so much bigger.

GoPro’s website features three main tabs — products, channel and support. You guessed it, channelfeatures videos shot with a GoPro while doing extreme sports. Most of them are currently produced by “GoPro Original Productions.” On Red Bull’s website, the second tab is called Red Bull TV, and features surfing, kayaking, skateboarding and more.

Yet, here’s the worrying thing. Action cameras are bound to become commodity items. GoPro is fighting hard by releasing new iteration of its flagship camera every year to stay ahead in the innovation game. But at some point these cameras will be as small as the new Hero4 Session, and produce artefact-free, perfectly stabilized images out of the box.

Then, cheap manufacturers will undercut GoPro. And it’s already happening — GoPro is no longer the lone player in this space. Amazon now has a dedicated sports & action cameras section featuring cheap $50-$75 cameras from Gear-Pro, Sunco, Orbo and other weirdly named brands that end with an “o” to rhyme with GoPro. These cameras will eventually get better, and you won’t need to buy the latest flagship GoPro camera anymore.

GoPro still reported $16.75 million in profit for its latest quarter while managing to spend hundreds of thousands or even millions of dollars producing videos. On GoPro’s IPO day, the company’s CEO Nicholas Woodman told Bloomberg that the media business is “a natural extension of [GoPro’s] existing business.”

Similarly, Red Bull has a serious sugar issue on its hands. Even though Red Bull has been around for a while, in the soft drinks industry, energy drinks are the newcomers. Coca-Cola and Pepsi have been around for more than a century. Red Bull entered the U.S. market in 1997. It’s the new thing that quickly became so popular that Coca-Cola and PepsiCo both started producing energy drinks (Burn, Amp…).

But while many soft drinks addicts try to avoid drinking too much sugar now, these newer energy drinks contain even more sugar than a can of Coke. Over the past couple of decades, Coca-Cola and Pepsi suffered some serious diabetes and obesity-related backlash — Red Bull is bound to follow the same trend. The company could also diversify its portfolio of drinks and produce orange juice, iced tea and even cola. But there is another path.

As far as I know, Red Bull and GoPro videos are produced at a loss. There is no monetization strategy for these short 10-minute videos, beside YouTube ads. Instead of wasting too much effort pushing products that will reach end-of-life status sooner or later, these companies should pull a Pixar.

The animation studio designed computers in the 1980s, but then flipped their entire business around animation shorts. Now, everybody knows Pixar for its critically acclaimed feature films. Your turn, GoPro and Red Bull.

The last time GoPro CEO and Founder Nick Woodman stopped by Disrupt SF, the company had yet to go pu…

If youre interested in extreme sports, chances are you own aGoProand use it to film your sick moves.…