GTA 5 RELEASE DATE FOR PS4, XBOX ONE AND PC REVEALED

BY LUKE KARMALIGrand Theft Auto V is set to release on PS4 and Xbox One on November 18 and on January 27 on PC, with a host of changes and improvements in tow.

The news comes after weeks of speculation and proves that a recent leak by a retailer was completely correct. But while it's exciting to hear that we'll finally be able to jump back into Los Santos before too long, what's even more impressive is the improvements Rockstar is saying we'll be able to see. Alongside new weapons, vehicles and activities, additional wildlife, denser traffic, a new foliage system and enhanced damage and weather effects, the developer is promising much more for those who think they've seen all the game has to offer.

"All players who pre-order the game will get $1,000,000 in-game bonus cash to spend across Grand Theft Auto V and Grand Theft Auto Online (GTA$500K each for your Story Mode and for your GTA Online in-game bank accounts)," Rockstar writes.

"A host of new, exclusive content also awaits for players returning from the PlayStation 3 and Xbox 360 versions including rare versions of classic vehicles to collect from across the Grand Theft Auto series such as the Dukes, the Dodo Seaplane and a faster, more maneuverable Blimp; activities including wildlife photography and new shooting range challenges, new weapons and more.

Grand Theft Auto V launched in early September last year, and we loved it. It made $800 million in a single day, and has since gone on to sell 33 million copies. At E3, it was announced for next-gen consoles and PC.

The slideshow below contains 16 new screenshots to flick through: 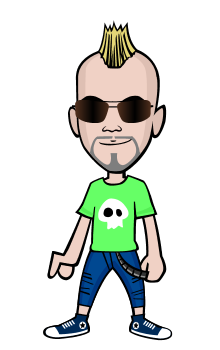