It's a great day to be a DC Comics fan!  Truth be told, I'm getting tired of Marvel superheroes, I know, sorry Marvel folks, but it's fun to have Batman and Superman every now and then.  So to my wonderful surprise, Warner Bros. dazzled everyone in a shareholder meeting by announcing their plans to outMarvel Marvel all the way through 2020.

First, we all know about Zack Snyder's "Batman v Superman: Dawn of Justice" which will arrive in theaters on March 25, 2016.  Also the same year, David Ayer, the guy who gave us "End of Watch" and the newly-released "Fury," will join the "Suicide Squad."  It's a fictional organization in the DC world similar to S.H.I.E.L.D. in Marvel.

And then...finally...A WONDER WOMAN MOVIE!!!!  Featuring Gal Gadot as our Amazon savior!!!  WB must have enough confidence on Gadot since we won't see her debut as Wonder Woman until the release of "Batman v Superman."

The following year, we'll see the fantastic Ezra Miller ("We Need to Talk About Kevin," "The Perks of Being A Wallflower") as The Flash while Jason Momoa ("Conan" reboot and "Game of Thrones") will work with marine creatures as "Aquaman!"

And in 2020, "Cyborg," a member of the Justice League, gets his own movie with Ray Fisher in the title role.  Also in 2020, wait for it, wait for it, another "Green Lantern" movie!  Will this one be better than the last film with Ryan Reynolds?  Because that one, in all honesty, sucked!

And say what you want about Marvel, but at least they tell their stories perfectly!  Just this year alone, okay, not the crappy "Spider-Man 2," but both "X-Men" and "Captain America," sequels mind you, were fantastic!  Not to mention one of my faves this year, "Guardians of the Galaxy!"  So if DC wants to play catch up, they may want to start with a great story. 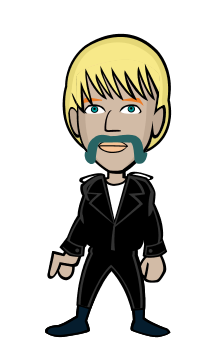