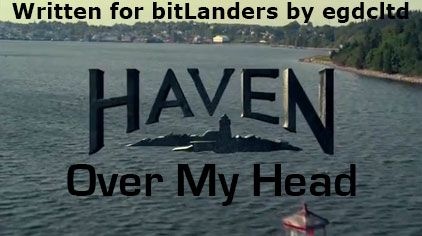 "Over My Head" is episode four of season three of Haven, a supernatural drama series loosely based on Stephen King's The Colorado Kid. In this episode, sea life and water appear in various places and there are, of course, deaths. 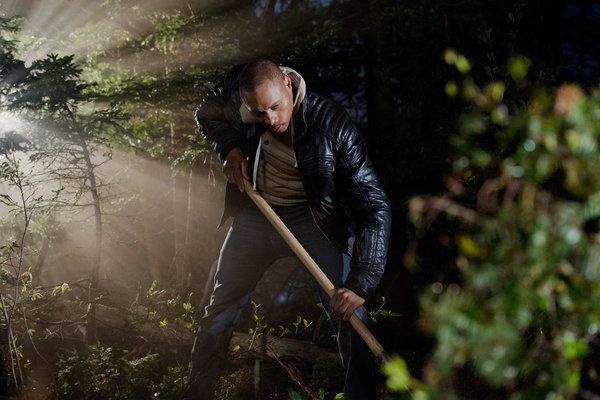 At the end of the previous episode, "The Farmer", Bowen, the Boston detective who had been investigating the serial killer, called his boss as he was burying a body, saying that he was quitting as someone had been sent to kill him, and that he was going to take up Nathan's job offer. However, we never actually saw the body - just prior to that, someone had apparently entered Bowen's room, but what happened wasn't seen and only a noise was heard. The noise sounded suspiciously like the bolt gun that's the favoured weapon of the person who was holding Parker in "301". Is Bowen, Bowen? Or has he been replaced by someone able to take his appearance - and knowledge? 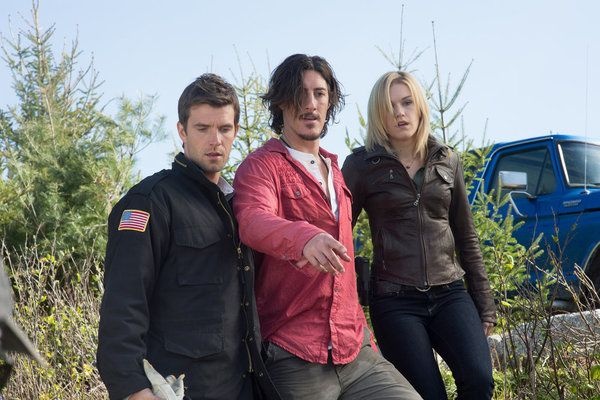 Another Bolt Gun Victim and Past Life Regression for Parker

This episode opens with a video from an ATM of a woman being attacked by a hooded figure, killed with a bolt gun, and then scalped. The third woman to die with a bolt gun. Nathan and Bowen are investigating, and the attacking man has the maze tattoo. Parker is currently being hypnotised by the shrink - they're trying past life hypnosis to see if Parker can remember what happened when she was other people. Parker is running out of time before the Hunter storm occurs.

A Shark in a Swimming Pool

In a swimming pool, a man who is afraid of the water is being told to get in by a swimming instructor, when she is dragged below the surface and blood colours the water. Something big killed the woman - so how did it get there, and where did it go? The woman was killed by a shark. Then a wave appears in the town, filling a car with fish and water. Then the man from the pool drowns upright in the shower. The original swimming instructor who was supposed to be teaching him is missing and, when Duke and Parker, go looking for her, her neighbour is attacked by crabs. 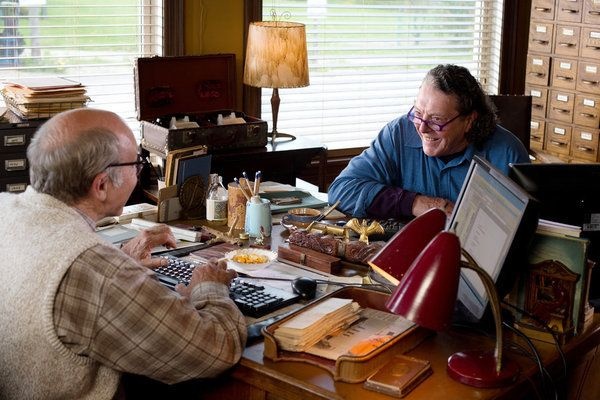 Nathan asks Vince and Dave about the tattooed people - and they reluctantly divulge some information on them. Things are tense between Parker, Nathan and Duke, after Parker asked Duke to kill a Troubled person, Duke actually did it and Parker deliberately drove Nathan away to protect him. Duke is following them around on the case.

Haven - Over My Head Trailer