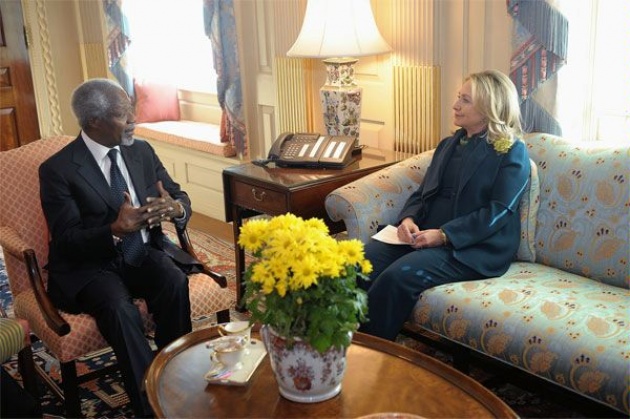 Kofi Annan is scheduled to meet with US Secretary of State Hillary Clinton this Friday (June 8, 2012). Washington actually has been the missing actor all along preferring to camouflage its own ambivalence behind the deadlocked UN Security Council. (While Washington wants to see Bashar Al-Assad go it is not certain how much more if at all it prefers the opposition). As Kofi Annan has made the rounds from the UN to Damascus, to Moscow, to Beijing, to Istanbul, to the GCC (Gulf Cooperation Council) capitals to the Arab League to Teheran and back to Damascus, Washington has been conspicuously absent, I suspect in large part because lately it has preferred it that way. Obviously though little has succeeded in gaining influence with the Assad Regime or securing a foothold for the so-called Annan Plan. 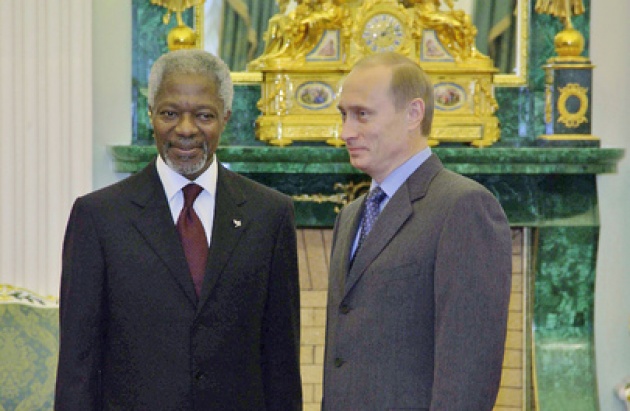 Washington has all along had the ability to drive the response to the Assad Regime’s brutality. For a while, the sit back and let them wear each other strategy seemed to work. Any way, it seemed the most complementary strategy to President Obama’s reelection campaign. However, this strategy has proven to be more of a failed tactic as it has now invited much more extreme forces on all sides to vie for advantage in this free for all. Assad has increasingly managed to convert this into a sectarian conflict, ala Slobodan Milosevic in Bosnia & Herzegovina. The risks of spillover into neighboring states, particularly Lebanon and Iraq are already manifesting themselves. Read our Blog for Film: "Institutionalizing Syria Conflict ala Bosnia" 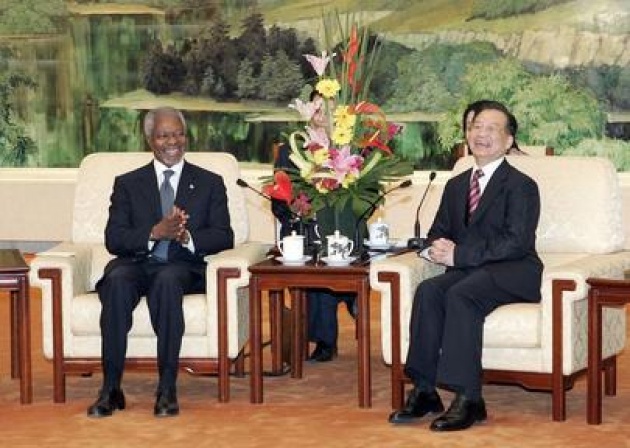 UN Security Council resolution/action never an indispensible ingredient, regional organizations are entitled to act under UN Charter to address the threat to regional as well as international peace and security. The essential has been greater US initiative or at least support for a regional approach, including military to provide a real stick beyond any meaningless carrots for Assad. The Arab League, GCC and particularly Turkey have had opportunity to act if nothing more than to establish “humanitarian corridors” and thus for the first time a real counterweight, even if more symbolic, to Assad’s overwhelming military advantage. However, NATO implicit if not explicit backing is an important element, especially as Turkey is a member. Recall Moscow’s exhibition of commitment to the Assad Regime with Russian ships in Syria ports.  Read our Blog for Film - “Turkey Can Affect Syria Regime’s Behavior?”. 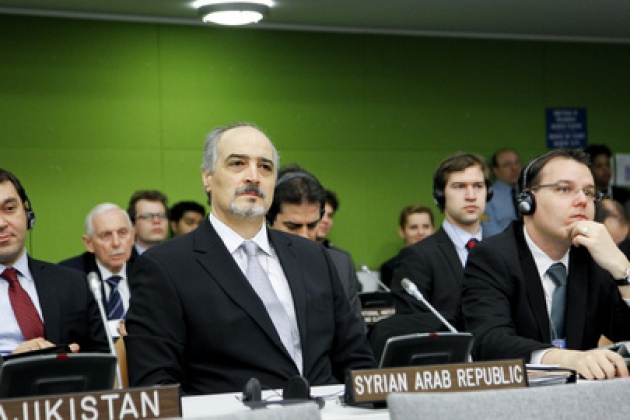 Why Avoiding the International Criminal Court & Rule of Law?

The US though has been most lacking on the effort to actually implement rather than just pay lip service to the rule of law. Referring Syria to the ICC (International Criminal Court) could/would have not only empowered justice but also deterred the murders, torture and other grave violations of international humanitarian law on all sides.  Read our Blog for Film: “UN Human Rights Chief Cites Duty to Refer Syria to ICC”. Yes, it is likely that China and Russia would veto, but Washington in fact shares a similar antipathy for international law beyond its direct control. Many in the State Department may also view peace and justice at odds even as most evidence over time is to the contrary. Nonetheless, it has remained fashionable to exhibit ones’ grasp of “realpolitik” by speaking justice and doing negotiation with war criminals. Of course, the end result and message is that brutality and disregard for the rule of law pays, even garners the respect that translates to real power. 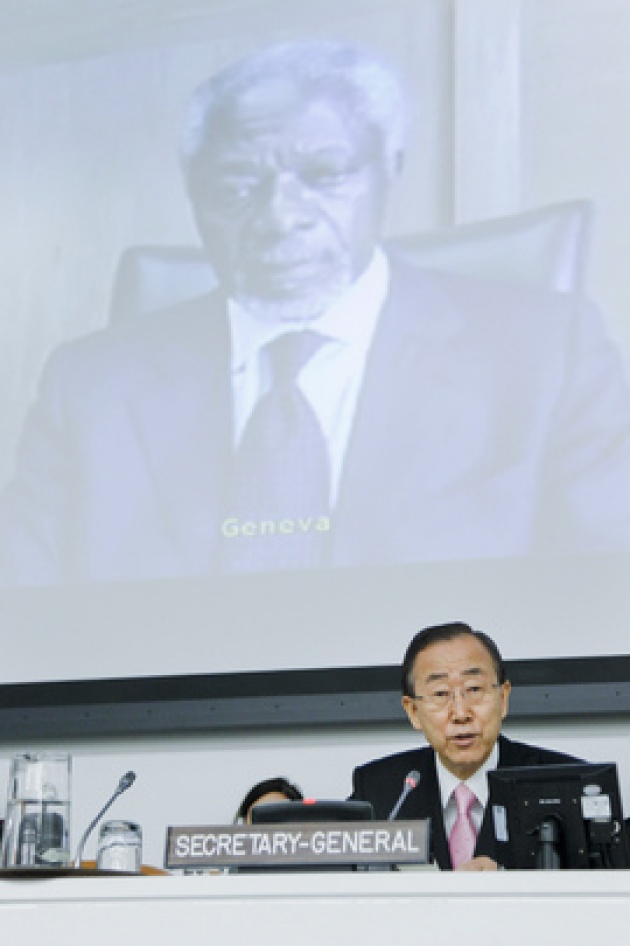 Now Kofi Annan has come to roost in Washington. What next Obama Administration and US State Department. The carrier pigeon is in your coop, and the globe but especially Syria and the region is anxious for a signal. Read our Blog for Film – “Can Annan/UN Afford to Look Away from Syria Crimes”. Back in 1996 when Kofi Annan was elected to his first term as UN Secretary General, he was as much a choice of Bill Clinton's Washington as any capital - that was an openly known fact. Annan is once again ready to heed Washington, but does Washington have a plan besides hiding now behind Kofi?