Who'd have thought it when, on October 28th, 1981, drummer Lars Ulrich made guitar player/singer James Hetfield an offer he couldn't refuse: "I've got a track saved for my band on Brian Slagel's new Metal Blade label."

The truth is, Lars didn't have a band at that time, but he did that day when James joined him. The two recorded their first track on a cheap recorder with James performing singing duties, rhythm guitar duties and bass guitar duties. Lars dutifully pounded the drums, helped with musical arrangements and acted as manager. Hetfield's friend and housemate Ron McGovney was eventually talked into taking up bass and Dave Mustaine took lead guitar duties.

The band adopted the moniker Metallica after a suggestion from Bay Area friend Ron Quintana, and they quickly began gigging in the Los Angeles area opening for bands like Saxon. Eventually recording a fully-fledged demo called No Life 'Til Leather, Metallica quickly saw the tape whistle around the metal tape-trading underground and become a hot commodity, with San Francisco and New York particularly receptive.

Metallica performed two shows in San Francisco and found the crowds friendlier and more honest than LA's "there to be seen" mob. They also caught up-and-coming band Trauma, and most importantly their bass player, Cliff Burton. Cliff refused to move to Southern California: it was enough to convince Metallica to relocate to the Bay Area, and Cliff subsequently joined Metallica.

In New York, a copy of No Life 'Til Leather made its way to Jon Zazula's record shop, the aptly named Metal Heaven. Zazula quickly recruited Metallica to come out east to play some shows and record an album. The band made it to New York in a stolen U-Haul. Dave Mustaine, at that point the band's guitarist, was proving to be more problematic than even these loose young chaps could handle. Thus a few weeks after arrival, Mustaine was sent packing, roadie Mark Whitakker suggesting Kirk Hammett from Bay Area thrashers Exodus. Two phone calls and one flight later, on April 1, 1983 Kirk Hammett joined Metallica.

Metallica's first album, Kill 'Em All, was released in late 1983 and there was some ferocious touring which saw the band's reputation soar both in the US and Europe. The album itself was wonderfully unlike anything; a fusion of the crunchiest metal with the grating riffery of punk attitude, tracks such as "Phantom Lord", "Metal Militia" and "The Four Horsemen" were instant classics. In 1984 they went to work with producer Flemming Rassmussen in Copenhagen at Sweet Silence Studios on their second album. Ride the Lightning proved that Metallica were not some thrash-in-the-pan one trick pony, the writing and sound illustrating a growth, maturity and intensity, typified by classic compositions such "Fade To Black" and "For Whom The Bell Tolls" but without sacrificing an iota of energy and aggression, as shown on "Fight Fire With Fire". This surefire ball of fire and brimstone was immediately targeted by major management in Q Prime, and a major label in Elektra. Metallica happily got both deals done by the fall of '84 and their reputation continued to grow worldwide.

Returning to the same studios in 1985, the group recorded Master Of Puppets, mixing in LA with Michael Wagner and releasing in early 1986. They quickly secured a tour with Ozzy Osbourne, and that stint (plus a top 30 album chart position) saw their fan base and name take a quantum leap. What had once seemed so unlikely was now closer than ever to coming true: world domination. 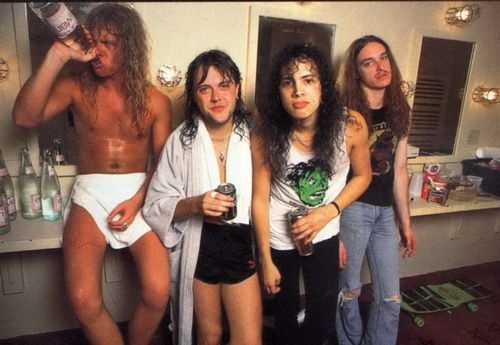 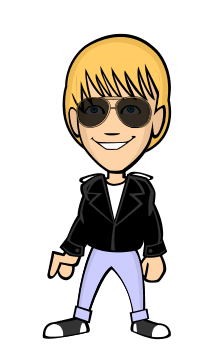