As a sequel to my previous post entitled "bitLanders and bitMiles Survey Chat", I would like to talk about Ice Cream and Gelato.

Who on earth would'nt know what ICE CREAM is?

It's that yummy universal frozen delight we all love and savor as a dessert after a big meal or as a snack that complements biscuits or fruit pies. No matter where you are from, Ice Cream is always available at your favorite kiosk. But do know that ice cream making dates back to 200 BC.

Yes, China first introduced ice cream using snow and syrup as its basic ingredient. Then by 400 BC, the Persians made ice cream for their nobilities to eat during the summer season. It consisted of chilled rose water topped with fruits.

Then by the 16th century, the Italians introduced special recipe flavored ice to the French nobility. Formulas to make ice cream were held top secret then.

By the 18th century, ice cream reached the shores of England. English ice cream had more fruit ingredients like cherries, strawberries, raspberries and currants that were placed in tin pots and frozen.

The United States had its first taste of ice cream when the first wave of Quaker colonist arrived from England. By this time, ice cream was openly sold in colonial New York for everyone to enjoy. The American colonist refined their brand of ice cream by adding milk and syrup with a variety of fruits or fruit juices before freezing.

Towards the late 19th century, ice cream evolved into other forms such as ice cream soda and sundaes.

By the mid 20th century, the age of refrigeration came about. There was a selling boom of quality ice cream in every ice cream parlor, soda fountain or soda shop that proliferated all over America. Ambulant ice cream vendors on push carts or tricycles roamed the streets to the delight of the kids. Then the rest is history.

Today, we enjoy eating super premium ice cream manufactured by big names in the ice cream industry worldwide. Ice cream is also known by other international names. To name a few -- the Italians call it GELATO, in Spain it is helado, in France it is crème glacée, in Norway it is iskrem, in Turkey it is dondurma, in Vietnam it is kem, in India it is kulfi, in Indonesia it is es krim, in Malaysia it is aiskrim and of course in my native tongue Filipino it is sorbetes, similar to the Portuguese sorvete.

No matter what language there is, ice cream will always be ice cream. However, there may be variations in how ice cream is made.

Above is a video of Chowhound at Amorino Gelato Shop

The Italian gelato for one, differs from the traditional ice cream we are all familiar with. Gelato has a softer, silkier and smoother taste compared to the heavier, creamier and rich textured common ice cream. Gelato has a lower percentage of fat, is denser and is served less colder than ice cream. It has more milk, less cream and sometimes no eggs at all. Because gelato is churned at a much lower rate, less air is therefore incorporated leaving the gelato denser than ice cream.

Find Gelateria in the Philippines and Abroad:

Above is a video of Ice Cream Around the World from BuzzFeedVideo.

Our regular ice cream on the other hand, is made of milk, cream, butterfat, sugar and egg yolks. It is churned at high speed to increase its volume and is served very cold.

Ice cream and gelato can be scooped and served in either a crunchy cone or the usual tall soda glass with a long handled spoon. Take your pick guys.

As for me, I would prefer to eat mango flavor ice cream during those hot summer days in the Philippines and chocolate gelato during our wet or monsoon season. Come to think of it, I bet you the Bedouin DESERT tribes of super hot Africa never have ice cream for their DESSERT. Hehehe! 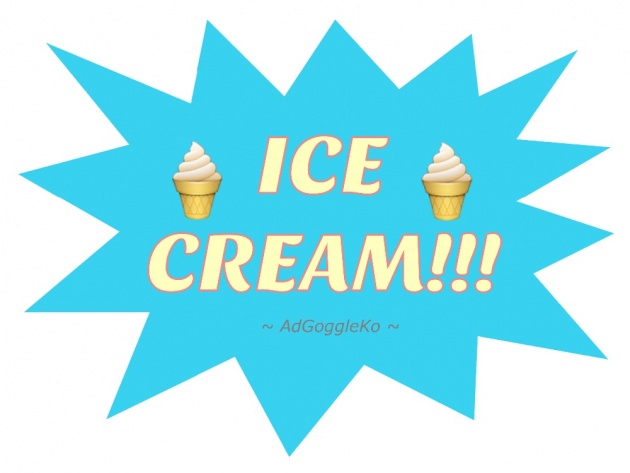