Inside EMC's 10-year IT infrastructure transformation

EMC has been assisting companies worldwide through their IT infrastructure overhaul, having partnered with a myriad of industry players including VMware, Red Hat, VCE, and Pivotal to strengthen their position in being able to do that.

But just because it's a company helping others, it doesn't make EMC immune to market competition and changes.

In fact, EMC IT senior vice president Jon Peirce admitted to ZDNet that even though EMC may be a technology company, it too has been undergoing a similar transformation because it experiences the same challenges that its peers in the industry face, including control of costs, service quality, resiliency, agility, and security.

"EMC as a company has undergone several transformations over the course of its life as a technology company, and we certainly expect that continuous transformation is within our DNA," he said.

Peirce said his team has an obligation and responsibility to the rest of the company to be an IT service provider to allow the company to enter a competitive state, and be poised to innovate and capitalise on opportunities faster than competitors.

In fact, this year marks exactly 10 years since the company started overhauling its own infrastructure, which was rolled out in three stages: infrastructure first, followed by the operating model, and most recently the company's data and applications.

As a result, EMC has moved off its traditional infrastructure and built an enterprise hybrid cloud within its datacentres that consist of on-premise cloud capabilities.

Peirce revealed that given the company is part of a federation, EMC is able to leverage the solutions offered by the other vendors, such as VMware's vCloud Air that acts as an off-premise extension of the company's on-premise private cloud.

"We use that for workloads that make sense to run there. We are also a large customer of some SaaS companies that deliver their applications from their own cloud such as Salesforce and Service Now. So we are operating in a hybrid mode where we have some application services delivered through a provider's cloud, some from our own cloud through vCloud Air, and some through our on-premise private cloud," he said.

When asked whether Peirce would consider moving EMC's infrastructure completely in the cloud, he said that it will be something the company will look at later down the track when all of its legacy applications have been appropriated for the cloud.

"We have a privilege in having an organisation and an executive in an organisation that understands IT very well, and that helps us from a communication standpoint but also puts a higher standard of expectation because there are executives who believe they could the CIO job, but overall edges of that sword force us to be better," he said.

He added that since overhauling the company's infrastructure, it has not only delivered "massive cost benefits, but better resiliency, less complexity, and greater speed".

"It's one of the rare cases where you're not forced to make a trade off between cost and quality; it all moves in the same direction," he said.

"The thing you have to wrap your head around to embrace that virtuous circle is that concept of standardisation, and sometimes it's difficult for organisations to fully buy into standardisation that ultimately deliver better benefits than custom one-off approaches. We're quite convinced by that case as we've approved that internally." 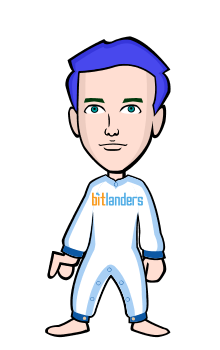