My name is Manzoor Ahmed. I am from Rahim Yar Khan, Punjab province of Pakistan. And I am going to talk about one coin digital currency. I am electrical engineer. Now I am working in Chinese company Tbea. Few months ago one of my friends introduces me about one coin digital currency. I was worry in the start but I did my research on one coin. I realize that this is the great opportunity for me. In 2009 I heard about Bitcoin did not invest him due to my thinking that Bitcoin is scam. But after few years when Bitcoin rate increase I realize that I have waste the chance. But when I research about this currency then I realize that life has given me a new chance.

Today I am going to tell you the business opportunity in One Coin Company which is also known as One Life network. This company was started about two and half (2.5) years ago. Company started its work with 3 to 4 thousand peoples. But now that is growing fast and has 2 million members now.

image taken from google but edited by me

screenshot captured by me from google

After the success of Bitcoin nearly 730 more companies comes in to the market. Many of them survive and many of them finished. One coin is also the new digital currency which came after the 7 years of Bitcoin. Here is the small example of peoples who avail chances from Bitcoin and earn. Jered Kenna earned the profit of $1,290,000 with the small invest of $258 in Bitcoin. He purchased the 5,000 coins of Bitcoins. Each coin cost him $0.20.When the rate of Bitcoin increase. His life totally changes. Another person Steve told his friend Tom’s. But Tom’s laugh on him and refused to take this opportunity. After 4 years Steve earned $8,000,000 and his friend Tom’s remain with empty hands.

The purpose of talking about these peoples is that now the Bitcoin is over. We cannot invest on him because its price is very high nearly about $1800 per coin. Now we have the chance to invest in one coin. We have an opportunity like these peoples when Bitcoin given them in 2009. Now we can invest in one coin and can the change the life of our family.

In ancient times peoples used barter system to meet their needs. But after that paper money comes. But in these modern day’s world is realizing that the value of paper money will be over. Digital currency will takes the place of paper currency. The one reason is that we always cannot keep the huge amount of paper money in our pocket.

that above image is taken from google

Here I also want to share the thoughts of a famous man. Almost whole world know him. A Bill Gates is the person who said that the future financial transaction will be digital, universal and almost free. He has said that I am the big fan of the digital currency that’s why I have invested in it.

He is the same person who said some years ago that all the international calls will be free in coming years. And that is happening in these days peoples use Skype, Whatsapp, messenger and we chat etc to talk with each other. This is almost happening we can see. While when we talk form our local mobile network we have to charge them.

You can watch the interview of Bill gates stronger believer of Bit Coin.

Bank of America on crypto currencies and block chain patents:

The complete detail is here in this link:

The detail link is here in this link

Bank of England creates its own digital currency:

Details are here in the link:

Details are in this link:

State bank of Pakistan is also work on digital bank in Pakistan:

The details are here in this link:

I am working on this new digital currency One Coin from previous 6 months and earning. If you are interested and want to get information about One Coin digital currency then feel free to contact with me on followings: 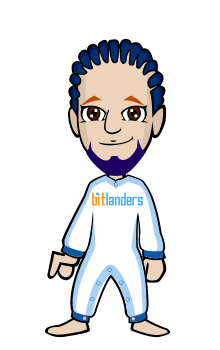