IQBAL, THE POET I ADMIRE MOST

I am a great admirer of Iqbal. He was not only a great poet but also a great philosopher. He is commonly known as the greatest philosopher-poet of Asia. As a matter of fact he deserves this title. 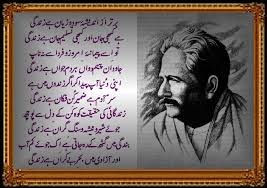 Iqbal was born at Sialkot at the end of the last century and received his early education in his native town. After passing his intermediate examination from Murray College, Sialkot, he came to join the Government college at Lahore. He took his M.A. in philosophy with distinction, and joined the Government college staff. Soon he went to England where he joined the law. When he came back, he settled down in Lahore as a practicing lawyer. But he never felt keenly eager for this profession as he had a higher calling before him. At this time his first book, ''Bang-e-Dara'' appeared. It contained some poems of his early youth. These poems were quite different in matter and tone from the poems that were popular in his day. There were also many poems in this collection were popular which gave expression to his patriotic feelings. At the time when these poems were written, there was a great movement in India for an intercommunal unity. Iqbal was also much impressed by this movement. But soon he realised that narrow nationalism was against the teaching of Islam, which do not believe in territorial loyalties, and whose message is for all the people of all the countries of the world. This brought a great change in his views, and Iqbal who had till now sung praises for the Himalayas and Ganges, became a poet of international ideals. 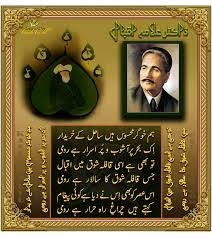 After ''Bang-e-Dara'', Iqbal wrote mostly in Persian and, his latter works contain mostly his persian poems. But soon he realised that the common man in India could not understand Persian. Therefore, once again, he began to write in Urdu. His urdu works that followed Bang-e-Dara are comparatively difficult in expression and thought. These books set a new standard of literary excellence which none could match. All those who tried to imitate his style failed, and Iqbal is still matchless. 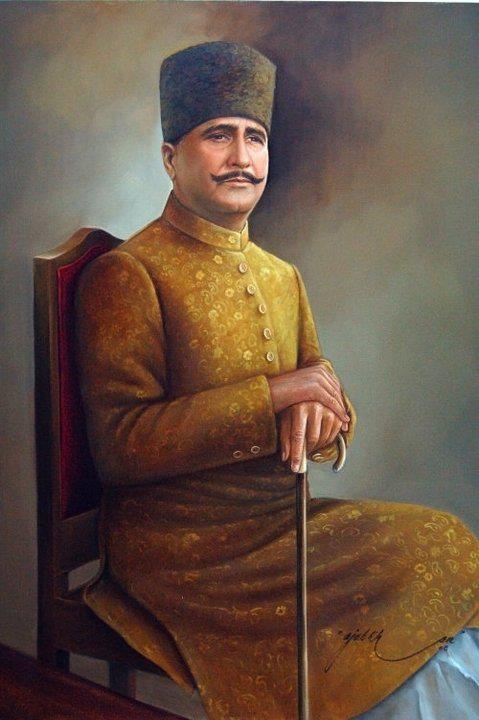 What attracts me most toward Iqbal and his poetry is the message of life that was conveyed by his poems. When he began to write poetry, Islam was passing through a critical phase. In India, the Muslims were being rapidly dominated by the Hindus. He foresaw their downfall and warned them against the consequences. In other parts of the world too Muslims were in no better condition. Turkey, Egypt, Persia and Afghanistan, all were Muslim states only in name. Their politics, their economy, their education, and above all their religious ideals were being influenced by the thoughts prevailing in the West. He foresaw all these things like a clear sighted prophet, and warned the people against the cultural suicide which they were unknowingly committing. He called the Muslim youth back to the Holley Quran and Hadith and placed before him the Islamic Philosophy of life in a new light. His Seven lectures on different aspects of Islamic Philosophy, which he delivered at Madras, brought a revolution in the minds of the people. Iqbal was the first man who visualised Pakistan. In his presidential address at the All-India Muslim League Conference at Allahabad, in 1930, he clearly pointed out to the partition of India. His poems too expressed this idea in a very forceful manner. He gave a new life to the youth of his nation. He looked forward to a new age of freedom and achievement for the Muslims of the world.

Iqbal was not only a great poet but also a great leader of thought. He placed before the people his philosophy of self-realization, which means the realization of the capabilities of one's soul. His poetry is full of force and confidence. It inspires us to a life of struggle against the forces of evil. He is 'our national hero' and that is, indeed, a very great honour for a poet. To a Pakistani, he is a great a poet as Shakespeare, to the Englishman.

Jose Rizal: The Most Influential Person in My Life

Photo credit: 4.bp.blogspot.com The person who has brought me so much inspiration is no other than J…

Waking at dawn, after only a few hours of restless sleep, the condemned prisoner Ned Kelly falls to …