Islam and Terrorism : Myth and Reality Hello everyone !. Here I am with a new blog post, but this time its not just a blog post for me. It is something I always have been wanted to tell everyone. You may already have had the idea what I am going to talk about by reading the post's title. Now a days Muslims are being labeled as terrorists or extermists which is really absurd and so far from the truth.

My intent is to tell you all what Islam really is, what kind of religion it is, who a true Muslim is, what Islam asks to do from its followers and particularly what Islam says about Terrorism.

Islam is a very comprehensive religion.Islam forbids to start wars of aggression, and when it becomes inevitable, Muslims only fight in self-defense, Islamic teachings set limits very strictly. For example, the rights and liberty of non-combatants must be respected. The elders, the sick, women and children must be protected from harm. They should be left intact residential properties, and crops must not be damaged, etc.

There are those who maintain the mistaken impression that Islam is the religion of the sword and justifying aggression. There is a widespread propaganda, saying that Islam promotes the use of the sword for spreading your message. These ideas apart from the opponents of Islam, also arise from the clergy "medieval" Muslim.

Trying to study Islam through the behavior of some Muslims in Iran or Saudi Arabia is like trying to study Christianity based on the behavior of ocidental world. The word Islam literally means "peace." In this simple word reflects all Islamic teachings and attitudes of the most beautiful and concise manner.

Islam is a religion of peace. Islam does not allow coercion in spreading your own message. Consent terrorism, even in the name of the noble objectives, it is totally incompatible with Islamic teachings. Islam teaches us that unless man learns to live in peace with itself and with its neighbours, can not live in peace with their God.

I could be talking all day long about Islam and I would not be able to finish describing it because Islam is a complete way of life, a complete guideline for a perfect life one ever can live. Human rights, women rights, Slavery, Education, neighbours rights and a lot more can be discussed but today my focus is on terrorism, let me tell you what Islam says about terrorism.

What Does Islam Say about Terrorism?

First, Islam and terrorism are extreme opposites. Nothing common between Islam and terrorism as practiced by terrorist groups in different parts of the world. Terrorism involves the indiscriminate use of force to achieve certain objectives. In Islam, the use of force is allowed only in special situations, particularly when the Muslim community is threatened by hostile forces. And even then, the use of force in a campaign of jihad is determined by the leader of the Muslim community in a concrete way.

Islam, a religion of mercy, does not permit terrorism.

Allah said in the Quran:   "Chapter (60) sūrat l-mum'taḥanah (The Woman to be examined)"

"Allah does not forbid you from those who do not fight you because of religion and do not expel you from your homes - from being righteous toward them and acting justly toward them. Indeed, Allah loves those who act justly". 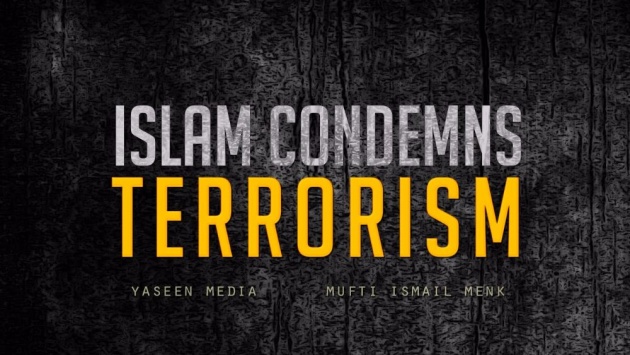 prohibit soldiers from killing women and children, and HE advise them:

... Do not betray, do not transgress limits, do not kill newborns. He also said:  Whoever has killed a person having a pact with Muslims, will not smell the fragrance of Paradise, even though it can be perceived at a distance of 40 years (distance)...

One of the distinctive characteristics of our times in which we live is the pervasiveness of violence in our societies. Whether it is a bomb in a market or the hijacking of an aircraft where innocent people are arrested at random for political ends, we live in an age, where the manipulation and loss of innocent lives has become common currency.

In light of this, and other Islamic texts, the act of inciting terror in the hearts of defenseless civilians, the wholesale destruction of buildings and properties, the bombing and maiming of men, women and children are all forbidden and detestable acts according to Islam and Muslims. Muslims follow a religion of peace, mercy and forgiveness, and the vast majority of them have nothing to do with the violent events some have associated with Muslims. If a Muslim commits an act of terrorism, this person would be guilty of violating the laws of Islam. 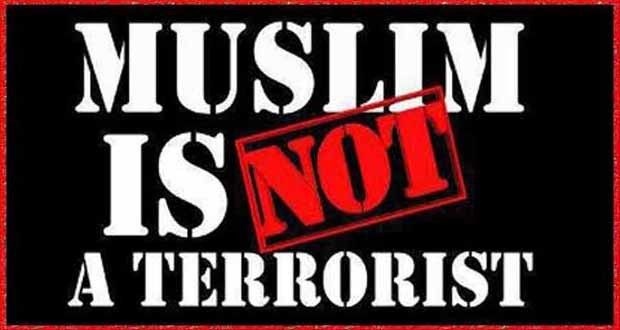 Now lets talk a little bit about terrorism, as I have explain that Islam has nothing to do with terrorism, so do Muslims. But those who take part in these kind of activities are not considered good Muslims or either good human beings. Every religion prohibits killing innocents and from harming others even they don't follow the same religions. Such is the invasive nature of the violence, that "terrorism" is regarded as one of the first threats to peace and security in our societies.

The term "terrorism" became widely used only a few decades ago. One of the unfortunate results of this new terminology is that it limits the definition of terrorism to that which is perpetrated by small groups or individuals. Terrorism, in fact, spans the entire world, and manifests itself in different ways. His executioners serve no particular stereotype. Those who see little value human life and have the power to waste, appear at different levels in our societies. The frustrated employee who kills his colleagues in cold blood is a terrorist who causes our anger and revulsion.

Terrorism has no Religion

Ironically however, the politician who uses old ethnic differences between peoples to consolidate his position, the head of state who orders "carpet bombing" (note: this was the system used by American bombing in Afghanistan) of entire cities, exalted parliaments that condemn millions of civilians to death by applying the insidious weapon of economic sanctions, are rarely punished for their crimes against humanity.

It is this narrow definition of terrorism that implicates only individuals and groups, that has caused Muslims to be associated with acts of destruction and terror, and as a result, they become victims themselves blind violence and terror. Sometimes Islam is seen as responsible for the acts of a handful of Muslims, and often for the acts of non-Muslims !. Talking of in recent past terorism activities and behaviour of the Muslims and how the react on such sad parts of the world.

"Terrorism has no religion": the wrath of Muslims who reject Islamic State attacks in Paris

I believe you all must have read or heard about Paris attacks, where there were many dead and injured.

Members of the Muslim community worldwide have publicly condemned the multiple attacks in Paris, perpetrated by the group calling itself the Islamic State (EI), which left 129 people dead and hundreds injured.

Under the hashtags #MuslimsArentTerrorist and #TerrorismHasNoReligion hundreds of Muslims participated in protest on social networks i.e.Twitter and Instagram, against Friday 13's attacks in various cities. Members of the international Muslim community also used the hashtag  #ISISisnotIslam to condemn the attacks.

"The Prophet Muhammad commands us not to hurt anyone, and who does otherwise is not a Muslim," tweet of a user from Egypt.
Many cited the Qoran condemning the attacks: "Whoever kills an innocent is as if he killed all mankind".

The Holy Quran says: "... not taken any life which Allah has made it sacred, except in the case of justice and law. This is what He instructs you, that you may learn wisdom" (Al-An'am, 151)

Not in my name

In several cities demonstrations were held in tribute to the victims. In Turin, in northern Italy, a group of young Muslim women held placards rejecting the attacks, an image that has had great impact. And one of the most widespread campaigns on social networks is #NotInMyName a movement which rise in UK in 2014, which brings all Muslims together against and extremism, whose slogan presents to protest the attacks on Friday.

On the other hand, the young YouTuber Moroccan Muslim Wafi Abdouss, posted a video which already has more than 100,000 hits, where he said: "What happened in Paris were acts committed by criminals, who do not represent Muslims or Arabs,". "The so-called jihadists and fundamentalists only represent themselves," added the young Muslim.

Muslims in Spain also expressed their condemnation for the attacks "in the strongest terms."
Sami El Mushtawi, director of the Islamic Cultural Center of Madrid, said in a his statement "total rejection of all forms of terrorism". "Such actions will not have any justification," he added.

How is it possible that Islam, whose light ended the Dark Ages in Europe, now raises the advent of an era of terror ?, can a faith with over twelve hundred million faithful worldwide, and more than 7 million in America, actually advocate the killing and maiming of innocent people ?, can Islam, whose very name means "peace" and "submission to Allah", encourage their followers to work for death and destruction?

For too long we have relied on popular images in the media and in Hollywood movies to answer this questions. It's time to look at the very sources of Islam and its history to determine whether Islam truly advocates violence. And that is all from me, thanks for reading, take care and Goodbye!.