Well, I knew this was going to happen the moment I started posting videos here. But unfortunately, I don't have any new videos to show at this point. I have basically uploaded to BitLanders an entire year's worth of my work in the span of one month. And honestly, it felt kind of great to be able to provide this back to back type of entertainment to you all. The thing I was most proud of to show off was Emina Episode 10. And why, you ask? The version of that episode you guys saw was not the original. The original did not have end to end voice acting nor did it feature original music from awesome collaborator, Melvyn Kalili. In fact, I'll even link you guys to the original version of Emina Episode 10 so you can spot the very noticeable differences in sound quality, voice acting, and music.

So the new version that you saw was only recently completed as of the beginning of August. And it is amazing to see what great quality voice acting, music, and a little more experience in editing can do to an episode. I'm very proud of what I call the Episode 10 Remix, especially since it fits in so well now with the high quality standard I was able to establish with Emina Episode 11. Yes, Episode 11 was actually the first episode to feature my new voice acting crew and original music. So going back and making sure that Episode 10, which is a very important episode, matched that quality was a crowning achievement for myself and my crew. And I'm glad to see so many here at BitLanders are enjoying the series as well.

So with that said, where does that leave us? Well I am happy to say that Emina Episode 12 is being worked on presently as is a new Space Opera Vignette. I just wish I could show you guys what was coming next in regards to both shows...

...hmm, well, maybe I can do just one for you guys. Since you all have been extremely supportive of me! :D

And here's a screen cap of the next Space Opera Vignette. It reveals a very important character who acts as the chief adversary of the entire galaxy. Her name shall be revealed in time. :D 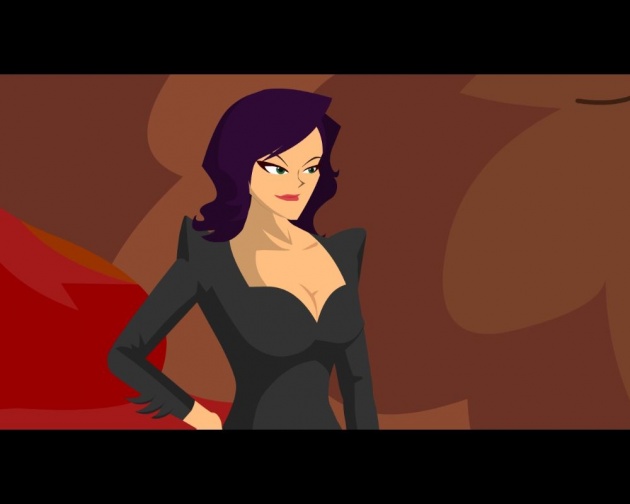 So that's all I've got for you guys for now. Until the next videos are ready I'll be upping the amount of blogs I write each week from 2 to 4. I'll introduce a new blog series called My Favorite Moments In Gaming, and I might intertwine that with My Favorite Moments In Film. I do like games but I also fashion myself as a fan of movies as well. We'll see the way the wind blows.

Thank you all again here at Bitlanders for supporting me, for continuing to subscribe to me, for buzzing my work, and just over all being an awesome audience. I think a lot of great factors came together at just the right moment and I want things to get even better around here. I'm looking forward to delivering more awesome content to you guys both in the near future and well down the line!