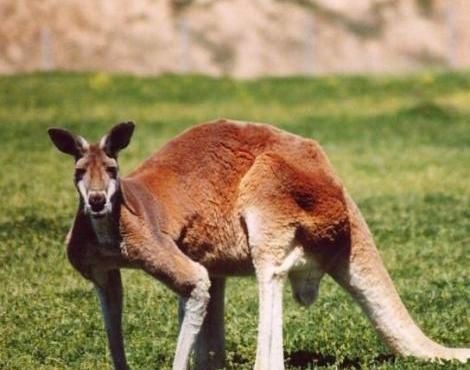 The kangaroo is a marsupial that is indigenous toAustralia and and the Indonesian island of New Guinea. Although kangaroos are often seen congregating in groups, kangaroos are generally fairly solitary mammalsbut kangaroos are also known for being sociable animalswhen with other kangaroos.

Kangaroos have a deep pouch on their front in which to carry their young. A baby kangaroo is called a joey. Kangaroos eat plants, nuts, berries and insects that the kangaroos rummage for in the arid wilderness.

Kangaroos are most well known for their ability to jump a phenomenal distance. The kangaroo is the largest of the marsupials, a group an animals that includes koalas and the common brushtail possum. Marsupials are distinguished by the pouch that these animalshave on their bellies, in which they carry their young.

Although kangaroos are not commercially farmed, wild kangaroos are often pursued byhuman hunters for sport, meat, fur and when farmers are conserving their grazing land for their sheep and cows. This method of sustainable hunting is said to have more health and environmental benefits than that of sheep and cattle.

The average age of a wild kangaroo tends to be less than 10 years, although some kangaroo individuals in the wild have been known to get closer to 20 years old. Kangaroos generally live to about the age of 23 when the kangaroo is in captivity. 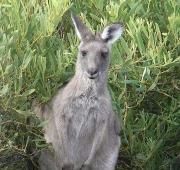 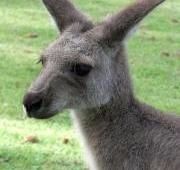 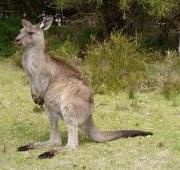 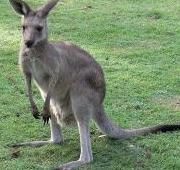