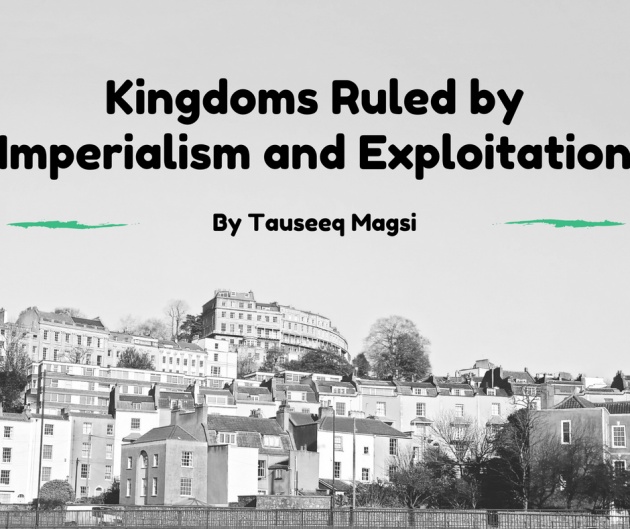 Many human civilizations emerged in history and again fallen. Some helped humanity with peace and prosperity, while some did a large amount of destruction by cruelty and imperialism.

These emperors spreading destruction destroyed most of their enemies, even their own people, and did not have mercy on them, instead of their oppression. Whenever they found an enemy, they made a sign of a lesson and cut millions of humans like carrots and drowned him. Below is the information about the same empires that are probably incredible for most of us.

The Comanches are the American residents of the United States. Historically, their area consisted of the current parts of the present East New Mexico, the south-east of Colorado, the southwest of the Kansas state, western Oklahoma, most parts of Northwest Texas and the north 'Chihuahua' and they used to pet horses and do hunting. It was the largest tribe in America, spread over a wide area described above.

These people were famous because of incredibly sudden deadly attacks on their enemies. In those sudden attacks, they did even slaughter the children. Spanish and French were remained far away from their areas due to their same terror. From 1868 to 1881, the hunting of 22 million buffaloes became the cause of the decline of The Comanche Empire which was one of the Kingdoms Ruled by Imperialism and Exploitation.

The “Celts “government was set up in the ancient times of those regions which are now called France, Belgium, and England. They belong to the era of Europe's "Medieval Age" or "Iron Age". The superpower of the era "Roman Empire" had to face great difficulties in achieving victory over " Celts ". Because the " Celts " can be incredibly fierce, but it was somewhat crazy. The proof is that they fought nudely during the war and fighting in this way expressed that they were not afraid to die. And if they won the war, they would attack the rivals remove their heads and carry them home and decorated them like trophies.

Thus celts were one of the above kingdoms ruled by cruelty and oppression.

The beginning of the Viking Empire was in the late eighth century, i.e. 793 BC and continued till the eleventh century. This kingdom consisted of the Scandinavian countries of the Island like Denmark, Norway, and Sweden. Vikings were the people of the German race. They started to rob and launched brutality on their nearby neighbors in England, Frankfurt Empire, Spain, and Russia. Their method was extremely cruel.

They would raid on unsafe villages, assassinate, repatriate there, and before the villagers managed to stop them, they would go back on their way after doing such fatal damage. During the time, they went to be so special in their cruel work that their scope of attacks had been increased with a lot of stubbornness. But every cruelty has a limit. Finally, the people living in neighboring countries strengthened their defense according to their attacks, due to these defenses the sudden attacks of Vikings were not so much damaging. Vikings lost their strength due to the defeat of the Norwegian king "Harald Hardrada" in the war of "Stamford Bride" at the hands of England.

Eventually, the Viking Kingdom came to an end.

Maori are ancient native inhabitants of New Zealand. They were very terrible warriors, they used to eat human flesh, traders of slaves and best hunter in their time. Their reputation and anger were so popular that English imperialists who were not even less cruel themselves felt uncomfortable to stay close to them. In the first instance, when British captain James Cook arrived in New Zealand, the situation was not that much worse, but when his colleague James Rowe disputed the local people, they ate up both without frying them.

Then when the British guns came into the hands of Maori people, then the situation went worse than bad. There a tribal war broke out and almost 18,000 people were brutally killed. This war between the British and the Maori went on for years and the horrible blood shedding went on increasing. Finally, the Maori was defeated by the British, and thus became the colony of England.

This country consisting of eleven states of the United States of America remained from 1861 to 1865. These states were passionate supporters of cursing like slavery because their economy was largely dependent on agriculture. In which slaves used to play an important role. Although the foreign world did not accept this alliance of these stats, still it has its own president, a flag, its currency and its own cultural identification (which remains till today). But now the real identity of the stats is millions of cases support of slavery, brutality on Negro slaves, beating and disrespecting.

Especially the incredibly abusive behavior on the prisoners of "Andersonville" was becoming their identity. Fortunately, this country could not be established for a long time, and in 1865, four years after its formation, it was defeated in the hands of Abram Lincoln's forces, and reached its conclusion and is now part of the United States.

Many people are aware of the civilization of North America which was born and risen on the banks of river Nile. Where there was a lot of good things about social development in this civilization, unfortunately, many things were also very bad. For example, in ancient Egypt, slavery system was there and the slaves were treated very badly.

The research tells us that if a worker got out of his row, he would have been flogged 100 times and he would have attacked five times by a knife and after that returned to work immediately. Even more than that, the same people lack nutrition and foods and also suffered from diseases. Pediatric illnesses were common in those people because they had to carry on high altitude to build high pyramid stones and construction materials all day long.

This is all for this blog. I hope you have enjoyed reading this history karma. If you have really liked this blog then I am going to write its next part also. Meanwhile here is the video explaining about the ten most evil empires of the history.

Hello everyone! Hope you are all feeling fine and well today! For some months I don't blog on bitLan…