Kuzushi, The Essence of Judo - By Mel Appelbaum, NYAC Judo

The great judo masters throw without effort and with great simplicity. Many say, including this writer, the feeling is like slipping on ice. How do they do that? These are my thoughts on their “Magic.” 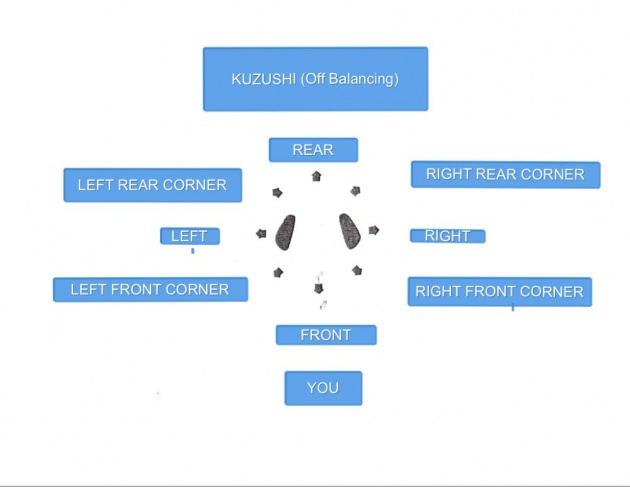 The Optimal point of breaking the balance is where the opponent’s inflection point is reached. The inflection point is the point at which the force required to make the opponent move in the direction desired requires minimum effort. The equilibrium of the opponent must be significantly disturbed so he/she cannot return to stability. As I like to say, “A small bird sitting on the opponent’s shoulder will make him/her fall”. Using osotogari as an example... If you break the balance on the opponent’s right side (left rear corner), such that, he/she is standing flat on his/her right foot, with the appropriate kumikata, the inflection point has not been reached and power is needed. If the opponent is now balanced on the heel of his right foot, with appropriate kumikata, then the point of inflection has been reached and the “bird” can do its work. This is the point of minimum effort and maximum efficiency.Achieving the Optimal point in a static situation, like practicing uchikomi is quite different than in the kinetic mode, such as in randori or shiai. 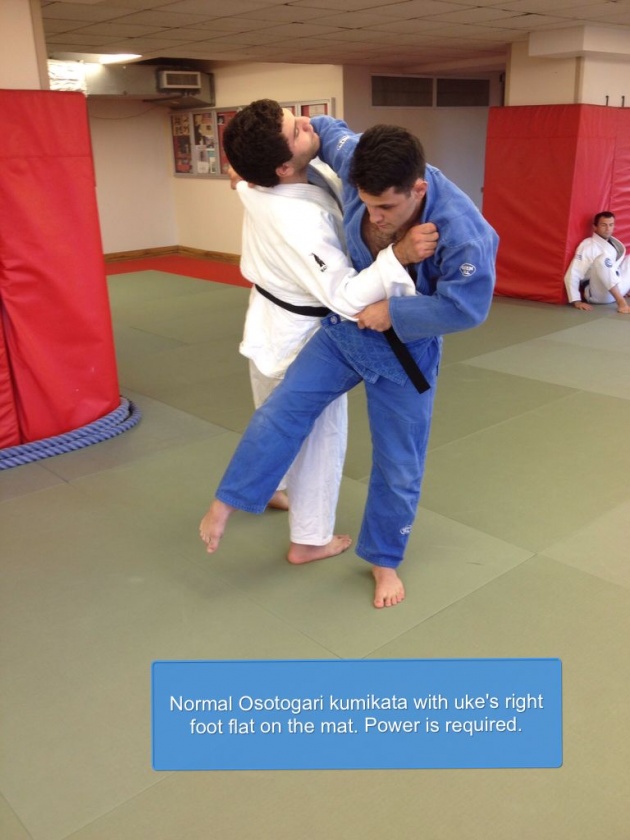 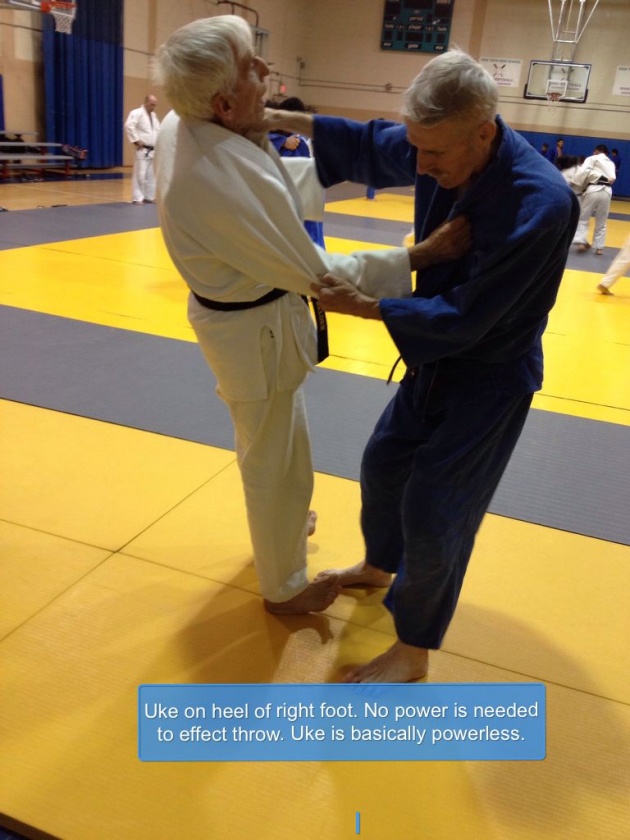 The laws of motion, as defined by Sir Isaac Newton, control the essence of Judo and hence must be understood to achieve the optimal point in the kinetic mode. Newton’s first law of motion is called the law of inertia. It relates to the fact that all objects resist a change in their state of motion. The law formally stated is “an object not in motion (at rest) will stay at rest unless acted upon by some force. “An object will continue in motion in the same direction and speed unless acted upon by some force”. This tendency is true for all objects. Newton’s second law of motion is stated as follows: “Acceleration is generated when a force on the mass of an object such that the greater the mass being accelerated or moved requires a greater amount of force to achieve the required acceleration”. What this says is that heavier objects require more force to move the same distance as lighter objects. The third law of motion states that “For every action there is an equal and opposite re-action”. This means that for every force there is a reaction force that is equal in size but opposite in direction. So whenever an object pushes another object it gets pushed back in the opposite direction with equal force.

Newton’s laws of motion along with the understanding of Kuzushi are essential to achieving the essence of Judo. This is the secret of the “Magic”.