The match was played at M Chinnaswamy Stadium Banglore on Saturday night.Lohore Lions won the toss and elected to bat first.At one stage it was unbelieve-able that Lahore Lions could won that match because 4 wickets were down on the score of 34. 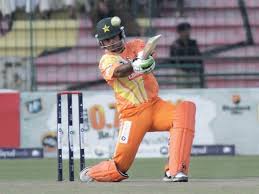 Later on due to great batting of Umar Akmal who did his best the team of Lahore Lions became able to score a defendable total.Umar Akmal Showed his class and scored 73 runs on 45 balls and did a great patnership of 92 runs with Saad Nasim who made 43 off 26.

Akmal adapted superbly to the conditions. He played square only when he had width, and made sure he picked the gaps when he did so while Nasim played an intelligent knock, making sure he put the bad deliveries away. 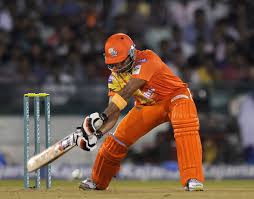 Frylinck with some clean hitting took the score to 134 after 18 overs. But remained 16 run short of the victory.Asif Raza playing with an aggressive approach scored unbeaten 19 off 12 balls.

Dolphins Robbie Frylinck, who had already taken three wickets, gave crowd an entertaining finish to the one-sided match scoring unbeaten 63. He reached his half-century in just 20 balls.Yesterday Pakistani team Lahore Lions did its best and became victorious and all the Pakistanis are hopeful that they will also win match against Scothers and qualify for semifinal and Inshallah will win the tournment also.