Lahore the heart of Pakistan:

Lahore is the second largest city of Pakistan and the provincial capital of the Punjab. Historically, it is said to be about 2000 years old. In earliest times, it was a colony of Kangra hill Kingdoms and was a cut-off township on the trade route to Delhi It had hardly any reputation in the Pre-Muslim era. Lahore came to fame with Islam in South Asia, Known as the Gardens of the Mughals or City of Gardens, after the significant rich heritage of the Mughal Empire.

Lahore has always been a seat of learning and knowledge. Sufism and provisional spirituality became its major discipline. Schools were opened and scholars from Baghdad, Iran and other oriental and occidental regions came to this historical city and settled here. Lahore became famous for poetry. The city flourished academically during the four centuries of the Delhi Sultanate. It became the second imperial capital in 1580 under the Mughal Emperor Akbar the Great.

The Mughal emperors beautified the city with some of the finest architectural buildings and gardens that have survived the risk of time. Lahore touched the peak of glory during the rule of the Mughals. It was this reputation of Lahore that fascinated the English poet John Milton who wrote in 1670: "Agra and Lahore, the Seat of great Mughal

Education and poetry were the distinction of the city during the reigns of Mughal Emperors Shahjahan and Aurangzeb. The reputation of the city continued even during the disorder of 18th century and it remained to be remembered as the Mughal capital even under the Sikh rule (1780-1846).

Many impressive buildings were raised in Lahore, during the British rule in the Sub-Continent which merged beautifully the traditional Mughal with the Western and Victorian styles of architecture. The British, who occupied the Punjab in 1849, had practically revived the old view of Lahore.

Lahore's culture is unique due to its history. Known as the cultural capital or the Heart of Pakistan for the same reason, the city has been the seat to The Mughal Empire, the Sikh Empire and the capital of Punjab in the Mahmud Ghaznavi's Empire (11th century) and the British Empire.

• The Shish Mahal (Palace of Mirrors) was built for the empress and her court and installed with screens to conceal them from prying eyes.
• Great Badshahi Mosque (Royal Mosque) was built in 1673 by the great Mughal Emperor Aurangzeb Alamgir who ruled India from 1658 to 1707 AD.
• The Shalimar Garden was built by the great Mughal emperor Shah Jahan. Construction began in 1641 A.D. and was completed in a year.
• The Lahore Museum, situated on the Mall, was established in 1895, and was for a while curated by Rudyard Kipling's father. The museum contains a fine selection of paintings and weapons.
• Old City of Lahore which is also called "Andron-e-Shehr" in local language which means Inner City was fortified by a city wall during Mughal Period.
• Tomb of Mughal Emperor Jahangir (1569 - 1627) is one of the masterpieces of the Mughal Architecture. Mausoleum is located at Shahdara, Lahore in the "Dilkusha Garden", situated on the North-West bank.
• The Lahore Zoo is the second oldest zoo in the South Asia after Calcutta and has been a source of amusement and recreation for families for more than 100 years. Lahore also has a Safari park spreading over more than 200 acres.

The history, institutions, food, clothing, films, music, fashion and a liberal community lifestyle attracts many from all over the country. Lahore is a very festive city; the people of Lahore celebrate many traditions throughout the year, blending Mughal, western and current trends. Lahore has a large Muslim population; Eid ul-Fitr and Eid ul-Adha are main religious celebrated events, people decorate their houses and light candles to light up the streets and houses roads and businesses are lit up for days during these public holidays.

Life on the streets:

Life is beautiful on the street here in Lahore food street, centre of traditional Pakistani food. Lahore’s are known for their love of food and eating. While Lahore has a great many traditional and modern restaurants, in recent years Western fast food chains, such as McDonald's, Pizza Hut, Domino's Pizza, Subway Sandwiches, Dunkin Donuts, Nando's and Kentucky Fried Chicken have appeared all over the city.

There are several places in Lahore famous for its food trends, but recently constructed food street in the historical location of Lahore (Gawalmandi, Anarkali, and Badshahi ) has attracted many tourists around the world. Numerous latest trends cafes with the touch of old, traditional and historical are being opened. M M Alam road in Gulberg Here, dozens of high-class culinary outlets, ranging from Western franchises to traditional, ethnic, or theme restaurants, attracts all classes of Lahore's citizens.

People here in Lahore are known as food lover, which is why many new restaurants are constantly opening. The food business is very competitive. People love to go for dining out at night time. One of Lahore's unique café restaurants is "Coocoo's Den", located in the old city just behind the Badshahi Mosque gives a mix flavor of old and new time.

Anarkali is one of the most famous bazaars here in Lahore, serving many people every day in traditional manner. This market is full of traditional wares like embroidered garments, gold and silver jewelry, glass bangles, leather articles, beaten, and creations in silk. 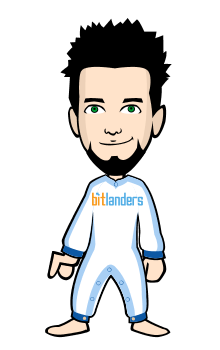