The list is an incomplete list of mountains in Pakistan. There are many named and unnamed peaks in Pakistan that are currently not included in this list. The list also includes many peaks that are not usually classed as independent mountains, but instead are considered sub-peaks of other mountains, due to having low topographic prominence. Also, many of the elevations listed are approximate, due to imprecise and inconsistent surveys. The ranks in the peaks above 7,000 metres (23,000 ft) are derived from the list of highest mountains.

The dividing line between a mountain with multiple peaks and separate mountains is not always clear (see Highest unclimbed mountain). A popular and intuitive way to distinguish mountains from subsidiary peaks is by their height above the highest saddle connecting it to a higher summit, a measure called topographic prominence or re-ascent (the higher summit is called the "parent peak"). A common definition of a mountain is a summit with 300 m prominence (1,000 ft; also 10 traditional rope lengths). Alternatively, a relative prominence (prominence or height) is used (usually 7–8%) to reflect that in higher mountain ranges everything is on a larger scale. The list of highest mountains ranks the highest 100 summits with at least 500 m prominence, approximating a 7% relative prominence. A drawback of a prominence-based list is that it may exclude well-known or spectacular mountains that happen to be connected via a high ridge to a taller summit. Many such peaks and mountains with less than sufficient prominence are included but not numbered in the list.

It is very unlikely that all the heights given are correct to the nearest meter; indeed, problems of definition of sea level can arise when a mountain is remote from the sea. Different sources often differ by many meters, and the heights given below may well differ from those elsewhere in Wikipedia. Many mountains in the Karakorum differ by over 100 metres on different maps. These discrepancies serve to emphasise the uncertainties in the listed heights.

The locations of the highest mountains are shown on the composite satellite image of Karakoram and Hindu Kush below. The numbers refer to the global ranking in this "List of highest mountains". For clarity, lower peaks with labels overlapping higher peaks are left out of the main image.

Location of peaks in Hindu Kush and Karakoram, ranked globally as in the list
Most of the high peaks in Pakistan lie specifically in Gilgit–Baltistan with the exception of a few 7,000+ m peaks in the high Hindu Kush (the peaks marked in the northwest most region of Pakistan).

The peak marked as number 9 is Nanga Parbat (8,125 m), which is the 2nd highest Himalayan peak in Pakistan. All other peaks above 8,000m are in the Baltoro Muztaghsubrange of Karakoram. 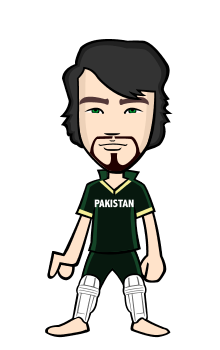