HITTITE EMPIRE:
At its peak, the Hittite Empire rivalled the more famous kingdom of Egypt, and were such a threat that Egypt’s Pharaoh Ramesses II resorted to signing a peace treaty with the Hittites after the brutal Battle of Kadesh, history’s biggest chariot battle. However, they slipped quietly from the historical radar after being assumed into the Assyrian Empire and because their culture varied considerably between each region. The Hittites’ call to fame was their chariot building. Among the first civilisations to pioneer the manufacture of iron, their warrior-like culture thrived before being overwhelmed by the superior Assyrians. 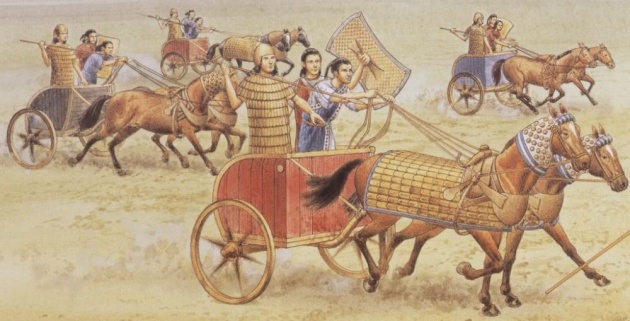 At its largest extent, Hittites were found in modernday Turkey, Syria and Iraq. Like many other forgotten civilisations, Hittite lands were divided up into citystates with no political unity with each other. 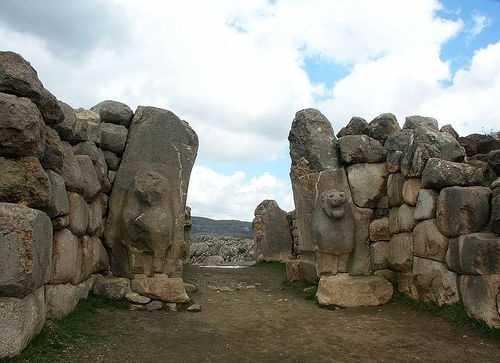 The biggest of these was the mountain fortress of Hattusa, which was heavily fortified by King Suppiluliuma. The Hittite Empire collapsed in 1160 BCE after civil war and a scramble for the throne. Scattered and leaderless, a settlement was formed between the SyroHittite peoples, but this was only a brief respite before they were invaded by the Assyrians in 700 BCE.

ASSYRIA:
The Assyrians shared the area of Mesopotamia (Iraq, Turkey and Syria) with the Babylonians, but they could not have differed more. While in Babylon the kingdom was ruled by the priesthood, Assyrians were ruled by kings and generals. This allowed the Assyrians to become a much larger military power and they were able to expand their empire considerably. The benefactors of the rich and fertile land on the Arbel and Nineveh Plains, the Assyrians amassed a huge population who gathered in their largest cities, Arbel, Ashur and Nimrud. They spoke Akkadian and were some of the first peoples to record writings on stone tablets and later, parchment and papyrus. 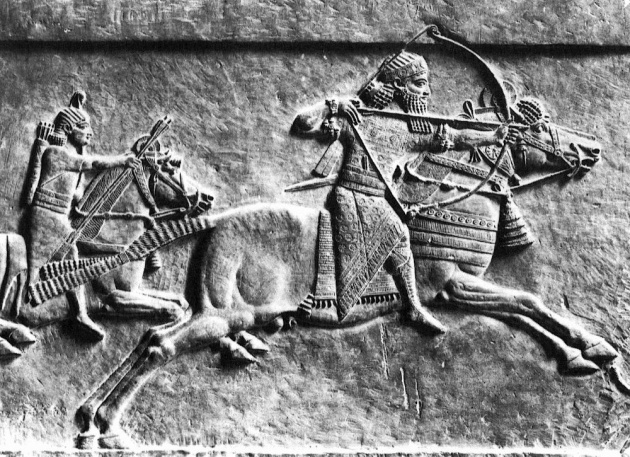 The Assyrians were pioneers of animal domestication, pottery, controllable fire and iron smelting – it was the latter technology that gave their military a huge boost. Fighting enemies armed with bronze, the stronger iron weapons allowed them to conquer the Hittites, who were roundly defeated at the Battle of Nihriya in 1245 BCE. Assyrian policy for defeated powers was to not incorporate their people into their nation but deport them to ensure there was no rebellion under their rule. Exceptions were only made if the individual or group was believed to be of use to the greater Assyrian society, such as scholars. One of the Assyrians’ greatest achievements was in education, as the School of Nisibis is believed to be the first-ever university, teaching theology, philosophy and medicine. These houses of education provided the first systematic lists of plants and animals, as well as progression in other areas, such as an early postal system. 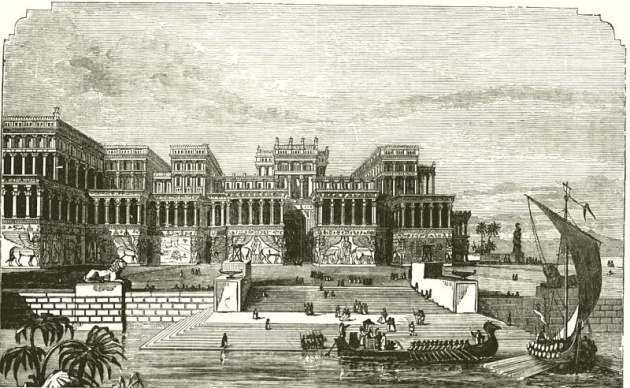 The Assyrians are also attributed with building some of the first aqueducts and arches, hundreds of years before the Romans, and introducing the modern idea of keeping time. Pax-Assyria ruled the majority of Mesopotamia for approximately 1,800 years, where their cities were huge metropolises guarded by extensive fortifications. Unlike other settlements of the age, the Assyrians had a kingdom that was unified and not limited to separate city-states. Instead, imperial administration ruled the land as local governors reported to the central authority. 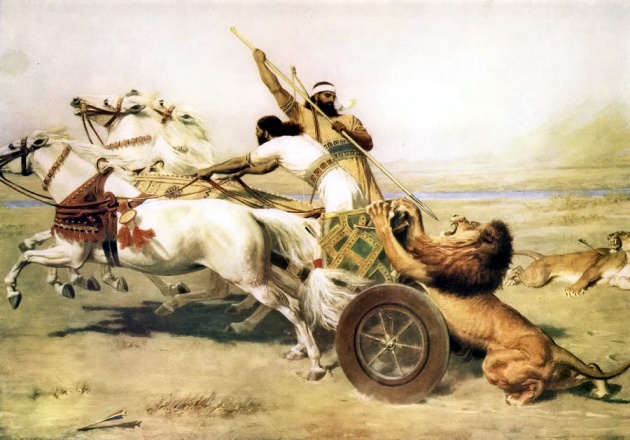 The final Assyrian demise is shrouded in mystery, but it is believed they entered a dark age in 1300 after constant wars with the Byzantine Empire. After their empire crumbled, their civilisation saw a mass influx of Jews and Arabs. Assyrians were primarily Christian, but after high taxes were put on this faith, they changed to Islam. This effectively ended the idea of being ‘Assyrian’. As the Assyrians were ethnically distinct from both Arabs and Jews, this may be a contributing factor to their slip into relative obscurity.

MINOA:
Of all the lost civilisations, the Minoans may be the most mysterious. Isolated on the Greek island of Crete, their society flourished with little interruption for centuries. Arguably the first European civilisation, they first settled on Crete in 3000 BCE and were later influenced by the neighbouring Greek and Egyptian civilisations with whom they frequently traded with. Minoan culture originally had no centralised government and a flexible ruling system with large, grand palaces acting as the key areas of administration. 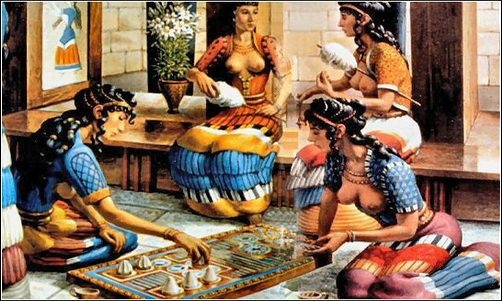 Tombs known as ‘tholos’ were the key architectural feature of the Minoans and this, along with their paved road system, running water and pottery was incorporated by the later Greek and Roman civilisations. By 2000 BCE, kings had assumed control of the island as wine, olive oil, wool and cloth exports flourished. This signalled the beginning of a bureaucratic system and social hierarchy on the island, with nobles and peasants making up an early feudal system. Women also played a large role in society, serving as administrators and priestesses, and had the same rights as men. It was this unity that made the Minoans such a remarkable people. 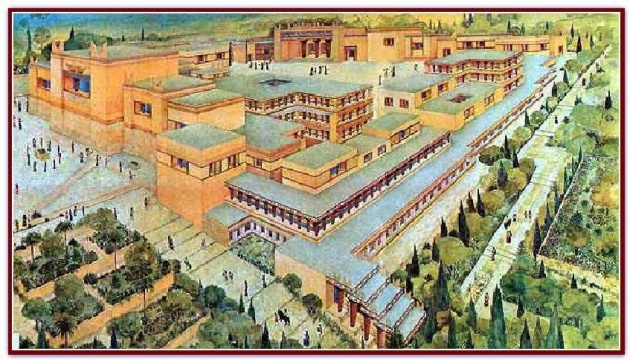 The Minoans had a strong maritime presence that helped them import large sums of copper, silver and gold. In around 1700 BCE, the Minoan culture was shaken by an earthquake that destroyed many of their settlements. They managed to recover from this natural disaster, but now had company on the Mediterranean; Greeks and Mycenaeans began to threaten trade interests, especially as the Minoans had now expanded to other Greek islands such as Thera, Rhodos, Melos and Kythira. Their luck got even worse when in 1375 BCE, the island’s largest city, Knossos, was devastated. Historians argue whether this was the work of an invasion force or a volcanic eruption, but either way, this crippled the Minoan people, who were dispatched by an oncoming invasion force in 1100 BCE. The people of Crete now answered to Athens. The Minoans would never trouble the history books again.

PHOENICIA:
Before transport systems on land became popular, waterways were the best way of travelling long distances, be it for trade or conquest. The greatest pioneers of sea travel in the ancient world were the Phoenicians who made the Mediterranean their own until their demise at the hands of Alexander the Great in 322 BCE. A series of independent citystates, the biggest of their settlements were Tyre and Sidon. A peaceful people, it is believed these states never once went to war with each other, and their peaceful and diplomatic reputation helped them stave off invasion for a prolonged period, simply because their trade was too valuable to lose. 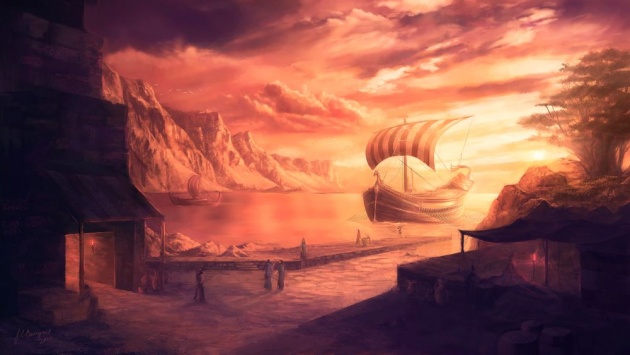 The Phoenicians’ openness to dealing with all nations they came across allowed them to trade a variety of goods. They were particularly skilled in shipbuilding (they were the first people to invent the curved hull and the galley design), glass making, jewellery and even furniture. There is evidence of Phoenician involvement throughout the Mediterranean, even reaching as far west as modern-day Spain and Portugal. There are also claims they sailed to Britain in search of the island’s rich tin seams. Equally unknown to many, they are credited with founding Carthage, a city that would become a major centre in both the Carthaginian and Roman Empires. 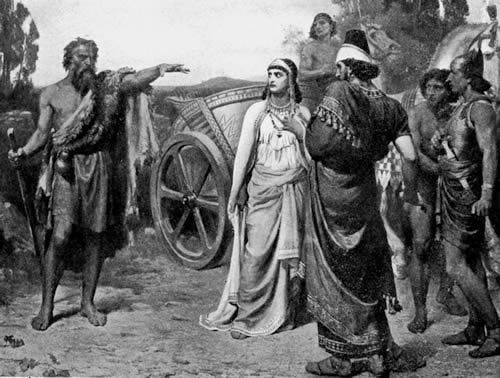 Phoenicia is known as Canaan in Hebrew and is named after ‘phoinikes’, the Greek word for purple, due to their production of purple dye, which would later become the colour of royalty and aristocracy in both Greece and Rome. Prior to Alexander’s conquest, the Persians invaded Phoenician lands in 539 BCE, but the Macedonian invasion was much more devastating, especially for Tyre. The majority of the cities such as Sidon submitted automatically, unwilling to cause bloodshed against Alexander’s vastly superior army. 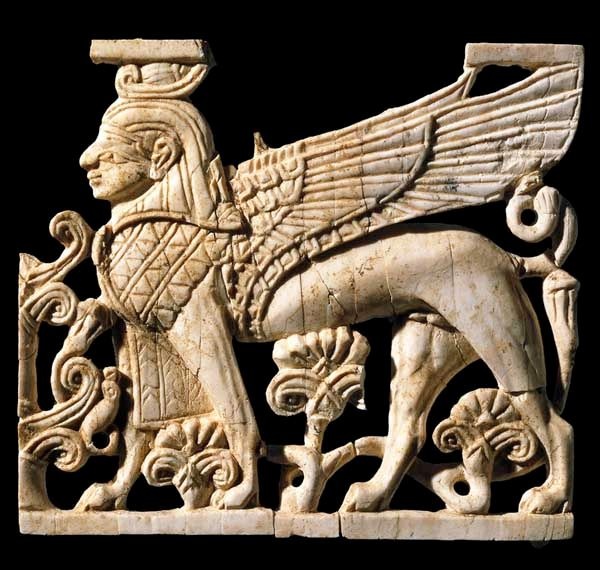 However, Tyre decided to take the invaders on at their own game but this backfired spectacularly as hoplites laid siege to the island city for seven months and massacred the population once they had overcome the fortifications. After the Macedonian decline, Phoenicia became a Roman state in 64 CE and developed a Hellenistic society and culture.