Manchester city played against Tottenham with a 5-1 victory at White Hart Lane and they moved to the top of the Premier League table. 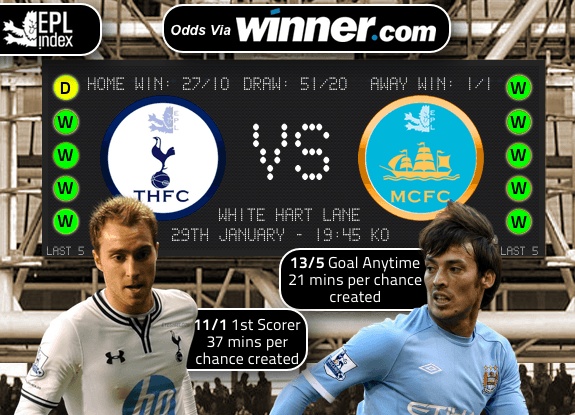 When Arsenal dropped two points at Southampton on Tuesday, Manchester City had the chance to move one point ahead with a victory. And Manuel Pellegrino's men made no mistake, producing a dominant display against a Spurs. 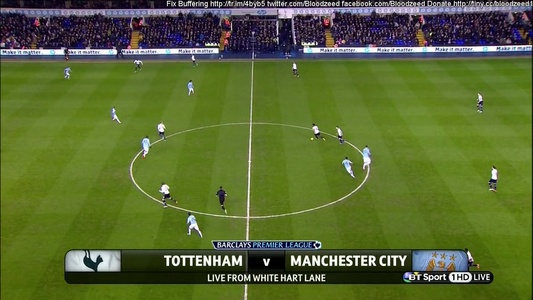 City came out of the blocks firing and did not have to wait long for an opener, Sergio Aguero was the first player of city who scored the first goal in 15th minute and he insured the city winning in this game and the first half ended with this result. 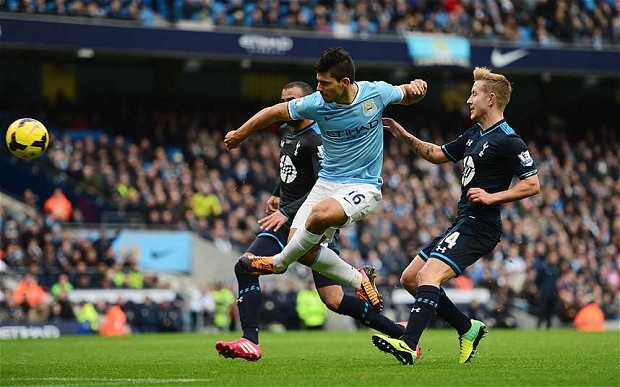 In the second half Yaya turan was able to score the second goal for city and Zhico also scored the third goal for the city and tottenhom only reacted just by one goal. 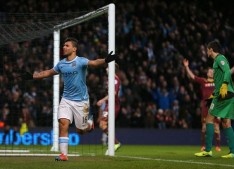 The match got interesting and Jovetic scored the fourth goal in 78 minute and at the last moments another player Vincent company scored the fifth goal and finally they have won five, one 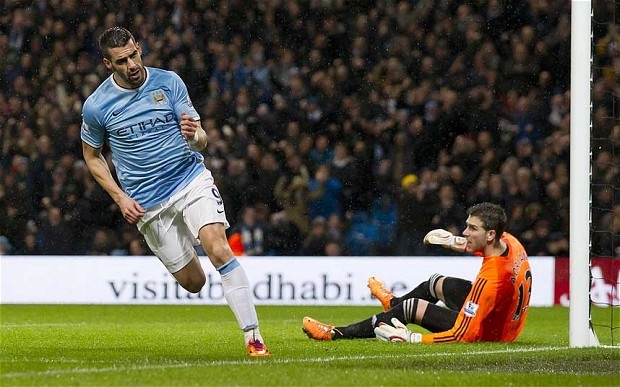 Now Manchester city with 53 points is in the top of the list and Arsenal with 52 points in second rank and Chelsea with 50 points has third place in British premier league.