The 2013 NY Open Judo Championship was a great collaboration between the corporate sponsors of the event, United Waters, Dr Arthur Canario and Film Annex.
Film Annex also participate in the production of the event by filming the Tournament, which will be broadcast soon on Film Annex and Judo Arts.

Below is a message from Mel Appelbaum, NY Open Judo Tournament Director.

"The 2013 New York Open was a fantastic success due to the dedication and pride of very hardworking NYAC Judo Club members.

The year-long collaboration of planning a tournament encompassed several aspects of the tournament before as well as during the actual event. Selecting teams and coordinating with each of the US Embassies around the world to insure visas were granted; designing and printing the event program to include the team members' photos and bios; fund-raising efforts for securing the gym, coordinating with the food and facilities functions of the NYAC, the wonderful NYAC maintenance crews; insuring that all legal aspects were handled correctly, including waivers, sanctions and insurance issues; providing emergency medical care to be available on the spot; setting up of the mat areas; equipping the operational tables with electronic and manual score boards, this year to include a two camera video review system for referee and match control; obtaining and placing sponsor banners appropriately around the venue; generating commentary and music during the event; demonstrating to the spectators how Judo is scored by having a planned demonstration by members of the NYAC Judo Club; and hiring security to insure safety and crowd control and collecting revenue at the door.

And finally, to acknowledge the time and effort on the part of the hard working international referees, both on the mat and off, who insured that the decisions on the mat were correct; the table workers and scorers who never left their seats, the entire time; and to those who worked to coordinate the teams as to their respective places on and off the mat, their proper color gis at the correct time.

By having done as much preparation before the event and having in place all that was needed the day of the event, allowed the tournament to run seemingly seamless.

The overall result was an aura of excitement and accomplishment for both the operations team and the spectators, all who drank beer, ate pretzels and hot dogs and cheered while glued to their seats the entire day. The energy in the room started with the first match right up to the final deciding match for the championship. The comments from the attendees was total delight in being able to see some of the best players in the world in their own backyard and for many to be introduced to the Olympic sport of Judo for the first time.

I look forward to next year. 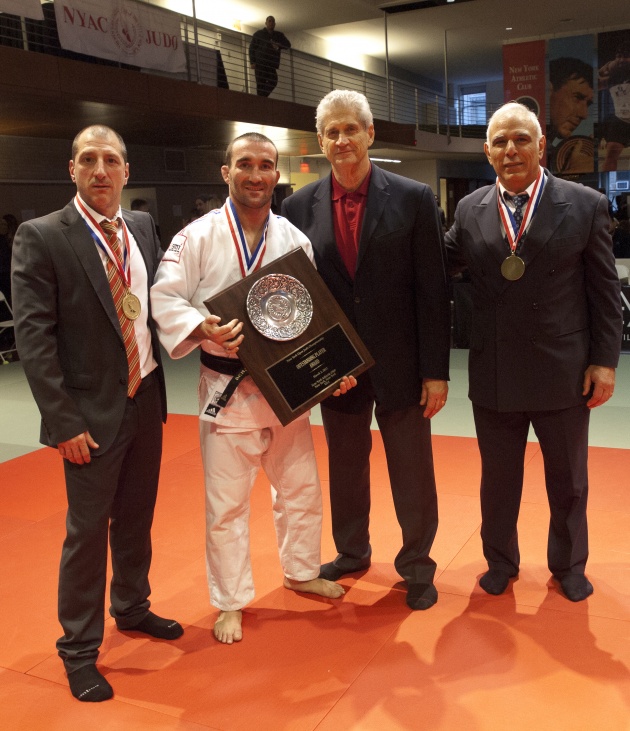