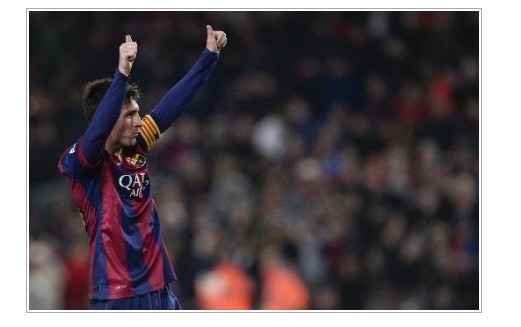 A campaign backed by sports stars Lionel Messi and Serena Williams was launched Friday to put millions of children in school, starting in Bangladesh, Indonesia and Nepal.

The ‘1 in 11′ campaign shines a spotlight on the 58 million children out of 650 million globally who are deprived of an education — one in 11 school-age children.

Messi and tennis star Williams are featured in a videoclip for the campaign organised by the UN children’s agency UNICEF, the FC Barcelona Foundation and the Qatar Foundation’s Reach Out to Asia (ROTA) organization.

Organisers hope to raise up to $15 million from an art auction at Sotheby’s in London next month of donated works by Takashi Murakami, Damien Hirst and Jeff Koons, the first event in the fundraising effort.

Funds will go to build schools and train teachers in Bangladesh, Indonesia and Nepal to put nearly half a million children in school, including many who are handicapped, said Essa al Mannai of ROTA.

The goal over time is to expand the effort to more countries.