"Do you believe in miracles? Do you think miracles still happen these days?"

I am asking this question because I just came from watching this 2016 movie entitled Miracles from Heaven. I won't deny it, the movie brought tears, lots of them to my eyes and even now that I am already creating a blog review, I am still sniffing! Oh boy, my eyes and nose are both crying! This is based on a true story which is what makes it very interesting!

Anyway, I had to finish this blog before I go out for another movie evening with my husband and his colleagues for their free movie night given by their company as another part of their perks.

So, let me share to you the story of this movie, Miracles from Heaven and my personal review as to the actors and actresses, the scenarios which can be applicable to our world today as well as the lesson this movie had brought over to my life as I was watching it and what we can take away from this tearjerker film. Anna, a ten-year-old girl was a jolly, God-fearing and faithful one. She lives together with her family in Texas and they were Christians who go to church every Sunday. They had a good life until their faith was tested when Anna started feeling discomfort and abdominal pain, even resulting in vomiting and fever. Her mom, Cristy couldn't take to see her little girl in severe pain that she decided to have her checked.

The local doctors would only talk about influx and lactose issues and dismiss her case but she got fed up with those things. So she went to a different physician for a second opinion. Anna underwent different examinations, an array of needles, and a lot of pain but nothing was certain, the doctors couldn't locate well what's wrong with her until one physician recommended that they set an appointment with Dr. Nurko in Boston. 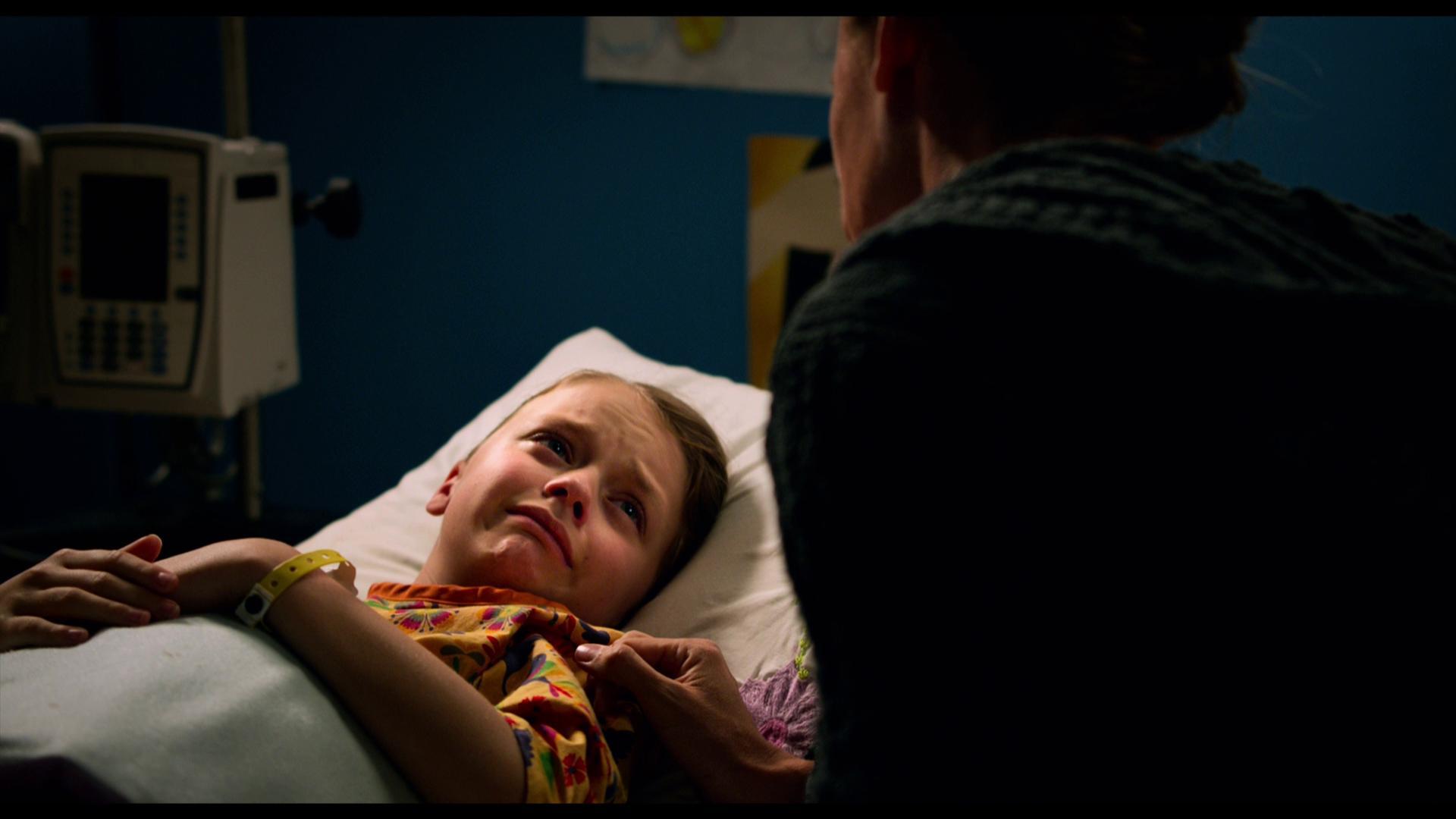 Cristy, while having to endure all the burden felt like she was alone in this fight, that although they prayed and asked God to heal Anna, she thought God was unresponsive to their requests and so she stopped praying, her ungrateful heart had made her blind of what was going on around her, she was only focusing on the pain and the hurt because of her daughter's situation, she even questioned God about it.

Fast forward, Dr. Nurko had diagnosed Anna with pseudo-obstruction motility disorder and antral hypomotility disorder. There's no treatment to that yet but he prescribed medicines to stabilize her situation. Anna likes him because he's funny and very caring to his patients.

In the movie, Anna met Hailey, her roommate and she also shared her faith that God is with her and they shouldn't be afraid to die.

After several months of going to and from Boston, they were allowed to stay at home and be well with the medicines provided. However, a turning point came when Anna and her sister went climbing an old Cotton tree near their house. They went up almost to the top of the tree but an accident happened, Anna fell head first into the tree's bark.

Cristy, while waiting for Anna to be taken out cried for help and prayed to God. It took five hours before Anna was taken out from the tree. At the hospital, it was a miracle that she got no injuries at all, her motor skills were all fine and she was dismissed from the hospital on the same day.

But the most shocking thing was that after days of being at home, Anna was feeling better, she was already active, and they noticed her stomach bloating was already gone! When they came to see Dr. Nurko, they received the good news that her stomach is all functional and he couldn't explain how or why it happened.

In that case, Cristy had regained her faith especially when Anna told her what happened to her inside the tree. She recalls she could see her body, she went to heaven, she saw her grandmother who died a few years ago and she spoke to God. She asked to stay but God didn't allow it, He promised that she will be all well once she returns.

Jennifer Garner's acting was superb that almost all sympathizing scene where she's there made me cry. Her eyes, eyebrows, lips and even her body language tells the pain of a mother who can't bear to see her child in agony.

Although there were several parts of the Miracles from Heaven movie which really didn't occur in the true story, they were added to make the story more moving and dramatic. I guess they were necessary to be added into the story because it was a movie and the director and story writer has to make it very intense and emotional, touching and heart-pinching at the same time.

I have nothing negative to tell about the story, I liked it the way it was presented and I also love the soundtracks (Howie Day - Collide Song and Third Day - Your Words) that it came with. Perhaps I was just biased because it was very relatable. But overall, the Miracles from Heaven movie was well scripted, well performed by the actors and actresses and there was a lesson, there was a good story behind it.

The Takeaway from the Movie

This is the real Anna Beam during her hospital days. Image credits: thriving.childrenshospital.org

As mentioned above, I have been crying the entire time while watching each scene of the Miracles from Heaven movie because, at some point in my life, I have been there as well. Back in 2013 while working in Dubai, I developed a very rare and itchy disease or syndrome. Red spots started popping out, it started in my feet and just days past, it was all over my legs. After months, it spread like wildfire reaching my arms. I was in horror. I felt my self-esteem was very low, I couldn't wear anything that reveals my arms, I always have to use long pants and wear shoes. I can't go swimming with my friends and more than everything else, I was afraid the disease might not be curable and I had to bear this all my life.

See, when we are facing a disease, one that is rare and which the doctors aren't able to distinguish or perhaps a sickness that is tragic, most physicians might say there's no hope, we fell into the notion of becoming hopeless too.

It is very hard to be sick especially when you feel no one is helping out, that nobody cares, that everyone else is also facing their own struggles in life, sometimes, we want to just surrender and be over it.

But the Miracles from Heaven movie showed how a faith of a little girl had been powerful to eventually turn her life upside down. I totally believe in miracles. Why is that? Because I know everything around us is. Even my healing was a miracle given by God.

It was a miracle which my doctor won't be able to explain and thus I conclude it is far more medical. When I came back from Dubai, in just a few days, my red spots started healing, it slowly disappeared, and the most surprising part was that there were no scars at all as if nothing had happened! It was truly a miracle!

Just like what I had experienced, the movie where Anna fell was just the turn around point of everything, it is a movement only the Creator can do to perform what He wanted to perform so the bad thing in life can be turned into a good thing and into a miraculous act.

Indeed miracles happen every day, every hour, every minute of our lives.