My Experience With Adobe SpeedGrade CS6

Now, I'm not one for blogging on certain software and I normally give off a personal and private opinion on them also, but with ADOBE SPEEDGRADE CS6 I'd like for you guys to know what my whole thoughts on it.

Now, first of all, I think its wise to tell you that I didn't get to much in-depth with the software, I needed a simple colour grade for my film and my Mac was having a number of problems running DAVINCI RESOLVE, so I decided to go with SpeedGrade and see if ADOBE can again produce another bit of very useful and handy bit of filming software.

Now, when I first opened the software I spent about 20 minutes - half an hour familiarising myself with it and getting the hang of what needs to go where and what needs to be clicked for when etc etc.

The first thing I fell upon is the simplicity of moving the film from PREMIERE to SpeedGrade, it took a hell of a long time but it eventually got there, now, after all this time waiting for it go move over (at least half an hour) I open to see my film on SpeedGrades TL waiting for me to develop whenever I want, Fantastic! Great! Everything going smoothly......

I then begin to put a separate grade onto each clip, when I took a look into the grading options, its safe to say its called "SpeedGrade" for a reason, very simple does it, normal stuff, but my only problem with this is, do I really want to wait that whole time for my film to go across to another and basically use very simple effects to make my film stand out a bit? Not really.

I also thought it would be interesting to see the presets installed in SpeedGrade. I was able to have a small look at the presets in DaVinci Resolve, very, very, very cool. SpeedGrade? It may have less attractive presets than INSTAGRAM. Obviously there was never any intention of using presets for my film, but for the amateur it would be a good option to have there, surely? I was disappointed.

Now, this is what annoyed me the most about this software, I had graded my film very easily and smoothly in all fairness to it, everything was fine. Then all of a sudden, I came to 3/4 way through my film to find out that some clips had not transferred across. Why? I don't know. But it was past my knowledge on how to fix it, so I did a tad bit of research and managed to get the clip back onto the SpeedGrade timeline quite easily, never the less, a ball ache which wasn't needed.

I came back to my edit the next day to find out the clip had gone missing again (Turns out even when you save, premiere just doesn't seem to want to have that clip) So yes you have to find that clip every time to put it back into the timeline, everytime. BALL ACHE.

To conclude, SpeedGrade would get a 6/10 for me, simply because, it does the job, it just doesn't do it quick enough and to the standard you would expect Adobe to produce, I later found out that the three way colour correction built into premiere is more or less exactly the same thing  just a tad less attention to detail. Big pain in the ass I didn't need, but the film is DONE.

On that note, look out for LOVE & LUST coming out soon!!! 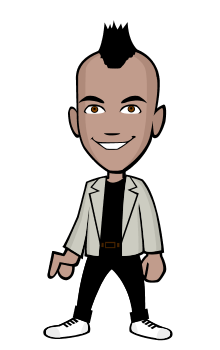 "Photography is in my blood"