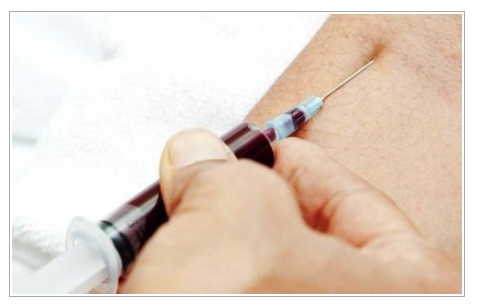 An international team of researchers has developed a simple blood test that has so far been 100 percent accurate in detecting pancreatic cancer in its early stages.

In late-stage patients who had already received surgery, the blood test could also predict their chances of survival and relapses.

While pancreatic cancer is relatively rare, affecting 1.5 percent of the US population, symptoms don’t often show until the disease has progressed to life-threatening stages, which means more than 80 percent of patients end up dying from it.

“For colon cancer, we can find it by colonoscopy, and for breast cancer, with mammography. Because pancreatic cancer is found late in most cases, it usually causes death,” one of the team, surgical oncologist David Linehan from the University of Rochester Medical Centre in the US told Elaine Schattner at Forbes.

The key to the new blood test is a tiny, virus-sized particle called an exosome, which is released by the body’s cells into all kinds of bodily fluids, including blood and urine.

Shaped like microscopic sacs and capable of carrying things like proteins and DNA around the body, it’s thought that exosomes play a role in a whole bunch of biological processes such as coagulation, communication between cells, and waste management. And more recently, they’ve been identified as potential markers for disease.

Linehan and his team analysed exosomes in blood samples taken from 190 patients with pancreatic cancer, 32 with breast cancer, and 100 healthy volunteers, and were able to extract hundreds of millions of them from less than a teaspoon of blood.

When the researchers peered inside the tiny sacs and analysed their cargo, they found that a specific protein, called GPC1, was only being carried by exosomes in the blood of the cancer patients.

According to Schattner at Forbes, of the 190 samples from pancreatic cancer patients, the marker – exosomes carrying GPC1 – was found in 100 percent of them, while in the healthy samples, it was found in none of them. “In other words, the differences weren’t subtle,” she says.

By analysing the markers, the team wasn’t just able to identify pancreatic cancer in each patient, they could also figure out how severe it was, and how likely it was to progress after surgery, based on how much of the protein was being carried by the exosomes.

They could also identify early pancreatic cancer in seven patients. “If this study is confirmed, this will make a difference because it’s one of the cancers we don’t have any reliable screening test for,” one of the researchers, Derek Raghavan from the Levine Cancer Institute in the US told Linda Carroll at NBC News. “It kills people and it kills them quickly.”