Both Newcastle United and Swansea City let us down last weekend, but it’s the visitors to St James’ Park who are generally the more reliable and we will side with them again.

You would not really want to put your mortgage on either of these teams doing the business just now, but Swansea are 12 points clear of Saturday’s opponents in the Premier League table for a reason and their recent results are generally superior.

Indeed, Newcastle’s form could hardly be worse and it proved fruitless to think they might end their sequence of defeats at home to Tottenham last Sunday.

The Magpies looked to have a decent chance when Jack Colback equalised straight after the second half had kicked off, but further goals from Christian Eriksen and Harry Kane made the final score 3-1 to inflict a sixth straight defeat.

The occasion was dominated by an arranged stay-away from thousands of home supporters and, while they have no live TV coverage to fall back on this time, you wonder just how many of them will want to return given how the season is going.

Newcastle are almost certainly safe from relegation, but the top-10 finish demanded by owner Mike Ashley this term is starting to look impossible and interim head coach John Carver appears reconciled to being replaced in the summer, probably by Steve McClaren.

Swansea manager Garry Monk has no such fears about his position, indeed he is even being linked with jobs that may or may not come available at the end of the season.

That is testament to the excellent job he has done with the Welsh club, establishing them in eighth position for much of the campaign thanks to consistency which means they have never lost more than two games in a row.

The Swans were beaten at Leicester last weekend, but the Foxes have momentum and had gained in confidence whereas self-belief is surely in short supply on Tyneside at present.

As mentioned above, this is not a match it is easy to have a really strong view about and none of the three outcomes would be a great surprise.

But Swansea have performed to a similar level all season, can be expected to put in another useful shift and are taken to pile further woe on the long-suffering Newcastle fans who are sure to vent their anger at the direction in which their club is going. 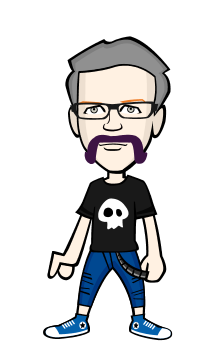