ISLAMABAD: Chaudhry Nisar Ali Khan on Monday briefed lawmakers in the National Assembly over the need and significance of military courts in the country to try militant suspects.

Speaking on the floor of National Assembly, Chaudhry Nisar said Pakistan is faced with extraordinary situation. Military courts are established during wartime or after the war, he said.

Nisar said that military tribunals were also set up even in the United States, he said.

Terrorists, he said, understand or accept any law. “Even innocent children, women and elderly citizens are not spared by the terrorists. They bombed funerals, mosques and minority paces,” he said. 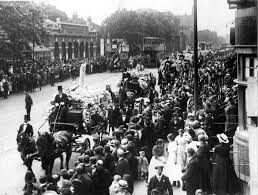 Nowhere in the world, children and women were targeted under a plan, he observed. “In Quetta, Hazara Town was bombed, leaving more than 150 people dead,” Nisar said.

The interior minister dispelled impression that military courts would be misused. Our forces would have flattened Miranshah if they had any such plan, he explained.

He said that space was created for military court under the existing judicial system. “Military courts will take up only hardened terrorists. They will not be Kangaroo courts.”

“We have suspended capital punishment of Shafaq Hussain after his case reached interior ministry. We have ordered an inquiry into his case.”

Following approval of the bills in the National Assembly, the bills will be tabled in Senate which is also expected to pass the amendment bills.

The government and army have ramped up their anti-terror strategy in the wake of December 16 attack on army-run school in Peshawar which killed 150 people, 134 of them children.

Prime Minister Nawaz Sharif has announced the establishment of military courts for terror-related cases in order to accelerate trials, and the premier has also lifted a six-year moratorium on the death penalty, reinstating it for terrorism-related cases.