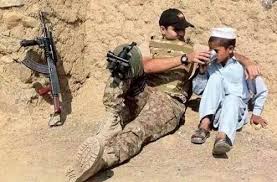 The Pakistan Army (Urdu: پاک فوج‎ Pak Fauj (IPA: pɑk fɒ~ɔd͡ʒ); Reporting name: PA) is the land-based service branch of the Pakistan Armed Forces. It came into existence after the independence of Pakistan in 1947. According to the International Institute for Strategic Studies (IISS) it had an active force of 715,000 personnel as of 2015.[1] The Constitution of Pakistan contains a provision for conscription for times of possible need, but it has never been imposed.

Since its establishment in 1947, the Army (along with its inter–services: the Navy, the Marines and the Air Force) has been involved in four wars with neighbouring India and several border skirmishes with Afghanistan.[2] Since 1947, it has also maintained a strong presence along with its inter-services in the Arab states during the pastArab-Israeli Wars, and aided the coalition in the first Gulf War. Recently, major joint-operations undertaken by the Army include Operation Zarb-e-Azb [3] Operation Toar-e-Tander (Black Thunderstorm) and Operation Rah-e-Nijat (Path to Salvation).

The Army has also been an active participant in United Nations peacekeeping missions, including playing a major role in rescuing trapped US soldiers in Operation Gothic Serpent in 1993. Under Article 243 of the Constitution of Pakistan, the President is appointed the civilian Commander-in-Chief. The Chief of Army Staff (COAS), by statute a four-star general, is appointed by the President with the consultation and confirmation needed from the Prime Minister.[4] The Pakistan Army is currently commanded by General Raheel Sharif.[5][6] 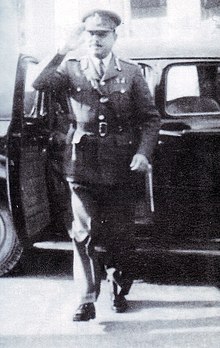 The Pakistan Army was created on the 30th of June of the year 1947 from the division of the British Indian Army. The then soon to be created Dominion of Pakistan received six armoured, eight artillery and eight infantry regiments compared to the twelve armoured, forty artillery and twenty-one infantry regiments that went to India. Fearing that India would take over the state of Kashmir, irregulars, scouts and tribal groups entered the Muslim majority state of Kashmir to oppose the Maharaja of Kashmir 1947. In response to this, the Maharaja acceded to India. The Indian Armed Forces were then deployed to Kashmir. This led to the Indo-Pakistani War of 1947. Regular Army units joined the invasion later on but were stopped after the refusal of the Chief of Army Staff, British officer General Sir Frank Messervy, to obey Pakistani leader Muhammed Ali Jinnah's orders to move the Army into Kashmir. A ceasefire followed on UN intervention with Pakistan occupying the northwestern part ofKashmir and India occupying the rest. Later, during the 1950s, the Pakistan Army received large amounts of economic and military aid from the United States and Great Britain after signing two mutual defence treaties, the Baghdad Pact, which led to the formation of the Central Treaty Organization (CENTO), and the Southeast Asia Treaty Organization (SEATO) in 1954. This aid greatly expanded the Pakistan Army from its modest beginnings.

The Pakistan Army took over from politicians for the first time when General Ayub Khan came to power through a bloodless coup in 1958. He formed Convention Muslim League which included Zulfikar Ali Bhutto, who would later become Pakistan's first democratically elected Prime Minister. Tensions with India flared in the 1960s and a brief border skirmish was fought near the Rann of Kutch area during April 1965. The War began after the failure of Operation Gibraltar on 5 August 1965. On the night of 6 September 1965, the Indian Army opened the war front to the Province of Punjab of Pakistan, The Indian Army almost reached near the Pakistani city ofLahore , Although The battle (Lahore Front) ended with an pakistani tactical victory. Indian forces lost 360[9]-500[10] sq. km. of Pakistani territory on the outskirts of Lahore.[11] However Indian forces halted their assault on Lahore once they had reached captured the village of Burki.[12][13][page needed][14][15] The rationale for this was that a ceasefire was to be signed soon, and had India captured Lahore it would likely have been returned in ceasefire negotiations.[13][page needed][16][17] The War eventually ended with a United Nations (UN) backed ceasefire and was followed by the Tashkent Declaration. According to the Library of Congress Country Studies conducted by the Federal Research Division of the United States–

The war was militarily inconclusive; each side held prisoners and some territory belonging to the other. Losses were relatively heavy—on the Pakistani side, twenty aircraft, 200 tanks, and 3,800 troops. Pakistan's army had been able to withstand Indian pressure, but a continuation of the fighting would only have led to further losses and ultimate defeat for Pakistan. Most Pakistanis, schooled in the belief of their own martial prowess, refused to accept the possibility of their country's military defeat by "Hindu India" and were, instead, quick to blame their failure to attain their military aims on what they considered to be the ineptitude of Ayub Khan and his government.[18]

At the time of ceasefire declaration, India reported casualties of about 3,000 killed. On the other hand, more than 4,000 Pakistani soldiers were killed in the battle.[19][20][21] Indian sources claim that about 471 Pakistani tanks were either destroyed or captured by India. India lost a total of 128 tanks during the conflict.[22][23]

However, most neutral assessments agree that India had the upper hand over Pakistan when ceasefire was declared.[24][25][26][27][28] At the end of the war the Indian army was in possession of 758.9 miles² (1,920 km²) of Pakistani territory and the Pakistan army held 210 mile² (550 km²) of Indian territory.[29] The territory occupied by India was mainly in the fertile Sialkot, Lahore and Kashmir sectors,[30][31] while Pakistani land gains were primarily south in deserts opposite to Sindh and in Chumbsector near Kashmir in north.[32] An uprising against General Ayub Khan during 1968 and 1969 resulted in Ayub Khan relinquishing his office as President and Commander-in-Chief of the Army in favour of General Yahya Khan, who assumed power in 1969. The 16th Division, 18th Division and the 23rd Division were raised at some point between 1966 and 1969 and the 9th Division was also re-raised during this period.

During the rule of Yahya Khan, the people of East Pakistan protested against various political and economic disparities that had been imposed on them by West Pakistan and massive civil unrest broke out in East Pakistan. During operations against these rebels which was called Operation Searchlight, some factions of the Pakistan Army were responsible for the 1971 Bangladesh atrocities.[33] Beginning with the start of Operation Searchlight on 25 March 1971 and due to theBangladesh Liberation War, there were numerous human rights abuses in East Pakistan (now Bangladesh) perpetrated by the Pakistan Army, with support from local political and religious militias, especially against Hindus.[34][35] Time reported a high ranking US official as saying "It is the most incredible, calculated thing since the days of the Nazis in Poland."[36]

The original plan envisioned taking control of the major cities on 26 March 1971, and then eliminating all opposition, political or military,[37] within one month. The prolonged Bengali resistance was not anticipated by Pakistani planners.[38] The main phase of Operation Searchlight ended with the fall of the last major town in Bengali hands in the mid of May.

In 1997 R. J. Rummel published a book, available on the web, called "Statistics of Democide: Genocide and Mass Murder Since 1900", In Chapter 8 called "Statistics Of Pakistan's Democide Estimates, Calculations, And Sources" he looks at the 1971 Bangladesh Liberation War. Rummel wrote:

In East Pakistan (now Bangladesh) [the President of Pakistan, General Agha Mohammed Yahya Khan, and his top generals also planned to murder its Bengali intellectual, cultural, and political elite. They also planned to indiscriminately murder hundreds of thousands of its Hindus and drive the rest into India. And they planned to destroy its economic base to insure that it would be subordinate to West Pakistan for at least a generation to come. This plan may be perceived as genocide.[39]

According to Maj. (Retd.) Agha Humayun Amin, the Pakistan Army commanders had not seriously considered an Indian invasion of East Pakistan until December 1971, because it was presumed that the Indian military would not risk intervention by China or the United States (US), who were generally close Pakistani allies. Maj Mazhar states that the Pakistan Army's senior command failed to realize that the Chinese would be unable to intervene during the winter months of November to December, due to snowbound Himalayan passes, and the US had not made any real effort to persuade India against attacking East Pakistan.[40]

A Pakistan International Airlines (PIA) flight was sent to fetch Zulfikar Ali Bhutto from New York, who at that time was presenting Pakistan's case before the United Nations Security Council (UNSC) on the East Pakistan crisis. Bhutto returned home on 18 December 1971. On 20 December, he was taken to the President House inRawalpindi where he took over two positions from Yahya Khan, one as President and the other as Chief Martial Law Administrator. Thus, he was the first civilian Chief Martial Law Administrator of Pakistan. 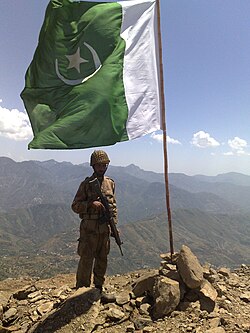 The Pakistan Army (Urdu: پاک فوج‎ Pak Fauj (IPA: pɑk fɒ~ɔd͡ʒ); Reporting name: PA) is the land-based service branch of the Pakistan Armed Forces. It came into existence after the independence of Pakistan in 1947. According to the International Institute for Strategic Studies (IISS) it had an active force of 715,000 personnel as of 2015.[1] The Constitution of Pakistan contains a provision for conscription for times of possible need, but it has never been imposed.

Since its establishment in 1947, the Army (along with its inter–services: the Navy, the Marines and the Air Force) has been involved in four wars with neighbouring India and several border skirmishes with Afghanistan.[2] Since 1947, it has also maintained a strong presence along with its inter-services in the Arab states during the pastArab-Israeli Wars, and aided the 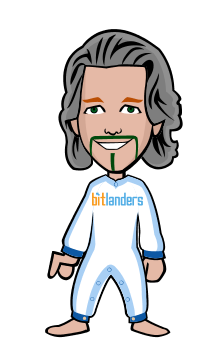