Panic, jeering and a place in the quarter-finals

For Madrid, the odds of elimination were comparable to those of being killed by a piano. Anyone who did not watch the match could not imagine how close the keys were to the heads of the Madrid players, followed by the sound box, pedals and tail. Cristiano avoided a catastrophe. His goals were decisive on a night of progressive degeneration, from the bad to the ridiculous.

The game started with that kind of strange electricity that charges these twisted nights and ended exactly the same. Schalke were not the team that we knew and nor were Madrid. The Germans arrived and played, led by small Max Meyer (1,69), a young playmaker (19) who attacks and distributes the ball, a big talent. Meyer played so freely throughout the game, free from any marking, and he could have painted graffiti on the backs of Kroos and Khedira (a surprise starter).

Until the goal of Fuchs (“fox” in German) nobody took the assault of Schalke seriously. For several minutes whistles were heard but fear had yet to set in the stands. That arrived shortly after and was there to stay. The away goal did not spark a reaction from Madrid, as it so often does, but it increased their confusion. It was contagious and Casillas suffered more than anyone else. He will not remember a more unlucky game. It hands folded at the shot from Fuchs and his poor clearance led to the goal of Huntelaar. Nor did his performance improve in the second half when Sanéscored with a well placed shot but one without power.

In the final minutes he wanted to redeem himself with two notable saves but they will not be remembered by everyone. Those who have watched Iker for years will have found reasons to justify their persecution of him for the next five.

After surviving the first half thanks to Cristiano’s header, Madrid returned to the pitch ready to settle the matter. Benzema’s goal, a goal of pure insistence (and talent), cemented that impression. However, Schalke got back on their feet and levelled the match. We thought they could only reach this limit but we were wrong. In the final part of the match the vorocity of Huntelaar put the Germans to within a goal of qualifying to the quarter-finals. They did not score but they got close. Their thousands of fans, however, lived the perfect day: spring in Madrid, a walk in the Retiro and a victory at the Bernabéu. They will return to the moment when they feel sad.

By the way, Modric returned. It gives hope to Madrid. In the meantime, and until ‘Él Clásico’, we wait for the uproar 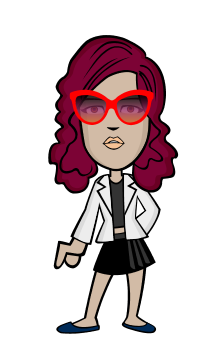 (image source : google.com) Cristiano Ronaldo is a professional soccer. Records while playing for b…

The champ is here…

The Best Player On Earth

Just love the way he humiliate Great Players By his Astonishing Skills, Really Worth Watching #BestO…