Popemobile (Italian: Papamobile) is an informal name for the specially designed motor vehicles used by the Catholic Pope during outdoor public appearances. It is usually considered as the heir of the antiquated sedia gestatoria. The Popemobile was designed to allow the pope to be more visible when greeting large crowds.
There have been many different designs for popemobiles since Pope Paul VI first used a modified Toyota Land Cruiser to greet crowds in Saint Peter's Square, in 1976.

Some popemobiles are open air, while others have bulletproof glass to
enclose the pope (these were deemed necessary after the Ali Ağca
assassination attempt). Some allow the pope to sit, while others
are designed to accommodate the pope standing. The variety of popemobiles
allows the Vatican to select a popemobile appropriate for each usage
depending upon the level of security needed, distance and speed of travel.

The Vatican vehicle registration plates for all official state vehicles
begin with the letters "SCV" (acronym of the Latin "Status Civitatis Vaticanae") followed by the vehicle fleet number. The registration plate for the Ford Focus currently used by Pope Francis is "SCV 00919".[2] In the past, the popemobile has typically used registration plate, "SCV 1", but plates "SCV 2" to "SCV 9" have also been utilized.

This is, how Pope Francis usually rolls by. It's a different car than what Pope Benedikt used.

The precursor to the popemobile was the sedia gestatoria, which was a chair carried on the shoulders of a number of papal attendants. This fell out of use following the incumbency of Pope Paul VI in 1978. Pope John Paul I who succeeded Pope Paul VI and reigned for only 34 calendar days before his death was the last pope who used the sedia gestatoria

Since the beginning of the 20th century, many automotive manufacturers have produced specially designed vehicles for the Pope. The Ford Motor Company produced a series of cars based on its presidential limousines. The custom built 1964 Lehmann-Peterson was used by Pope Paul VI in his 1965 New York visit and was reused in 1970 in Bogotá. Later, Paul VI used a Mercedes-Benz 600 Pullman-Landaulet. However, the term "popemobile" did not come into common usage until the pontificate of Pope John Paul II.

The first time Pope John Paul II travelled to his home country the white painted vehicle (one of two made) was based on the Polish mark FSC Star, a small truck from a firm in Starachowice; a Ford D Series truck was built in 1979 for Pope John Paul II's first visit to Ireland, bigger than the one used today in the Vatican; yet another is a modified Mercedes-Benz with a small windowed enclosure in the back where the Pope sits. A converted 230 G Geländewagen was built for John Paul II's visit to Germany in 1980.[5] One of the current models is based on a M-Class sports-utility vehicle built in the United States. The ML430-based popemobile was presented to John Paul II in June 2002.

A Fiat Campagnola was used during transit within Vatican City and during masses at St. Peter's Square, but following the attempted assassination of Pope John Paul II in 1981, the popemobile was fitted with bulletproof glass on four sides. However, it was sometimes driven with open windows. The Fiat Popemobile in which Pope John Paul II was the subject of an assassination attempt. This vehicle is now in the "Carriage museum" of the Vatican City.

In 1982, during the pope's visit to Great Britain, Leyland Motors supplied a truck-based popemobile which gave audiences a better view of the pontiff. The vehicle was sold by its later private owner at auction in 2006 for £37,000 ($70,500). During his later visit that year to Spain, a popemobile derived from the SEAT Panda model was used. That specific car was an all-open-air car with a grab handle in front so that the pope could stand still and greet the crowds while moving.[6] In that car the pope also entered the FC Barcelona Camp Nou soccer stadium[7] driving through the assembled crowds celebrating mass for a congregation of over 121,000 on 17 November 1982.

During the pope's visit to Canada in 1984, a modified GMC Sierra was used as a base, but the popemobile was built by the Thibault Fire Engines Company in Pierreville, Canada. It was subsequently used for the 1998 papal visit to Cuba and was displayed at the Canada Science and Technology Museum in Ottawa in 2005. The second truck built by the Thibault Fire Engine Company[8] was sent back to the Vatican in 1984.[9]

During the papal visit to the United States in September 1987, a pair of Mercedes-Benz 230 G popemobiles were flown to Washington, D.C., and modified by the Secret Service to provide access to the papal compartment from the driver's cabin, a design that continued to be used after the trip.[10] One of these vehicles has been retired and is currently on display at the Mercedes-Benz Museum in Stuttgart, Germany.

Several vehicles used for the pope's overseas visits have remained in the host country and were reused on his subsequent visits. The Mexican papamóvil, for example, was brought out in public during John Paul II's funeral. In Chile, a private individual, Amado Paredes, paid for the creation of the Chilean papamóvil, and it was used for the papal visit to that country. Similarly, the Philippine automobile manufacturer Francisco Motors produced the custom popemobile for the 1995 papal visit. It was funded by voluntary contributions from the private sector, and (as with the Irish vehicle) had bulletproof windows, bombproof parts, and passed inspection by the Swiss Guards. When John Paul II died, this popemobile was briefly borrowed by parish officials of the Quiapo Church to be put on display. It became a pilgrimage destination for Filipino devotees who could not afford to go to the Vatican for the pope's burial ceremonies.

For Pope John Paul II's visit to Portugal, UMM created a special popemobile based on a 1992 5-doors-long wheelbase chassis from the Alter II. It featured a 40 mm armoured glass box on the rear with a chair for the pope. It also had air conditioning and outside loudspeakers connected to a microphone in the rear.

In 2002, Pope John Paul II requested that the media stop referring to the car as the popemobile, saying that the term was "undignified". 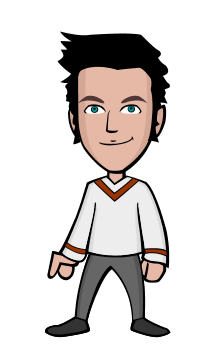