This article is about the entire film series. Fo 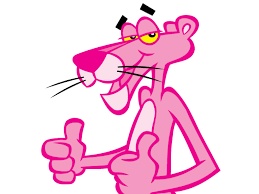 r specific films of this name and all other uses, see The Pink Panther (disambiguation).

The Pink Panther
The Pink Panther is a series of comedy films featuring an inept French police detective, Inspector Jacques Clouseau. The series began with the release of The Pink Panther (1963). The role of Clouseau was originated by, and is most closely associated with, Peter Sellers. Most of the films were directed and co-written by Blake Edwards, with theme music composed by Henry Mancini.

In the films, the Pink Panther is a large and valuable pink diamond which is first shown in the opening film in the series. The diamond is called the "Pink Panther" because the flaw at its center, when viewed closely, is said to resemble a leaping pink panther. The phrase reappears in the title of the fourth film The Return of the Pink Panther, in which the theft of the diamond is again the center of the plot. The phrase was used for all the subsequent films in the series, even when the jewel did not figure in the plot. It ultimately appeared in six of the eleven films.

The first film in the series had an animated opening sequence, created by DePatie-Freleng Enterprises and set to the theme music by Mancini, which featured the Pink Panther character. This character, designed by Hawley Pratt and Friz Freleng, was subsequently the subject of its own series of animated cartoons which gained its highest profile when aired on Saturday mornings as The Pink Panther Show. The character would be featured in the opening of every film in the movie series except A Shot in the Dark and Inspector Clouseau.

Development[edit]
Although there are two later Pink Panther films starring Steve Martin, most of the films in the series starred Sellers as Inspector Clouseau and were directed and co-written by Blake Edwards. The jazz-based theme music was composed by Henry Mancini. In addition to the credits sequences, the theme often accompanies any suspenseful sequence in the first film and in subsequent films using the character.

The "Pink Panther" of the title is a diamond supposedly containing a flaw which forms the image of a "leaping panther" which can be seen if held up to light in a certain way. This is explained in the beginning of the first film, and the camera zooms in on the diamond to reveal the blurry flaw, which focuses into the Panther (albeit not actually leaping) to start the opening credits sequence (this is also done in Return). The plot of the first film is based on the theft of this diamond. The diamond reappears in several later films in the series, The Return of the Pink Panther, Trail of the Pink Panther and Curse of the Pink Panther, all with Sellers. It also appears in the revival of the Inspector Clouseau character in the much later Steve Martin films The Pink Panther (2006), and its sequel The Pink Panther 2(2009). The name "the Pink Panther" became attached to Inspector Clouseau in much the same way that Frankenstein has been used in film titles to refer to Dr. Frankenstein's creation, or The Thin Man was used in a series of detective films.

A Shot in the Dark, a film which was not originally intended to feature Clouseau, is the first of two films in the series (the other being Inspector Clouseau) that features neither the diamond nor the distinctive animated Pink Panther in the opening credits and ending. Many critics, including Leonard Maltin, regard this film as the best in the series.

In the original film, released in 1963, the main focus was on David Niven's role as Sir Charles Litton, the infamous jewel thief nicknamed "the Phantom," and his plan to steal the Pink Panther. Inspector Clouseau was only a secondary character as Litton's incompetent antagonist and provided slapstick comic relief to a film that was otherwise a subtle, lighthearted crime drama, a somewhat jarring contrast of styles which is typical of Edwards' films. The popularity of Clouseau caused him to become the main character in subsequent Pink Panther films, which were more straightforward slapstick comedies.

Mancini's theme, with variations in arrangement, is used at the start of all but the first two of the subsequent films. Mancini's other themes for the first film include an Italian-language set-piece called Meglio Stasera, whose purpose seems primarily to introduce young actress Fran Jeffries. Portions of an instrumental version also appear in the film's musical score several times. Other segments include "Shades of Sennett," a "honky tonk" piano number introducing the film's climactic chase scene through the streets of Rome. Most of the remaining tracks on the soundtrack album are early 1960s orchestral jazz pieces, matching the style of the era. Although variations of the main theme would reprise for many of the Pink Panther series entries, as well as the cartoon series, Mancini composed a different theme for A Shot in the Dark that was later adopted by the animated spin-off series The Inspector.

The first five Sellers–Edwards films were originally released by United Artists. Trail, Curse, and Son were released by MGM/UA. DVD rights to The Return of the Pink Panther are now controlled by Universal Pictures' Focus Features division, in partnership with British production company ITC Entertainment and successor-in-interest ITV Global Entertainment Ltd. Focus Features issued this film on DVD for Region 1.

ITC originally intended to make an Inspector Clouseau television series, but Blake Edwards convinced the production company to back a feature film first and a series later, if the film should prove successful. The film exceeded expectations by becoming the most profitable film of 1975. UA quickly bought out ITC's investment, and work immediately started on the next feature film.

Although official, the live-action film Inspector Clouseau (1968) is generally not considered by fans to be part of the series canon, since it did not involve Sellers nor Edwards. Some elements of Arkin's performance and costuming, however, were retained when Peter Sellers resumed the role for Return in 1975. Despite speculation, Alan Arkin does not appear in Trail of the Pink Panther.

The film that launched the second Pink Panther series, The Pink Panther, starring Martin as Clouseau, directed by Shawn Levy and produced by Robert Simonds, was released in February 2006 by Metro-Goldwyn-Mayer and was co-produced with Columbia Pictures. It is set in the present day and introduces different main characters, therefore belonging to a different continuity. Martin also stars in the sequel, The Pink Panther 2, released in 2009.

Live-action/animated[edit]
On March 31, 2014, Metro-Goldwyn-Mayer announced that they will develop a new live-action/animated Pink Panther film, to be directed by David Silverman and produced by Walter Mirisch and Julie Andrews. This film will not focus on Inspector Clouseau but will focus instead on the Pink Panther.[1] As of March 2015, the film is still in development.[2] 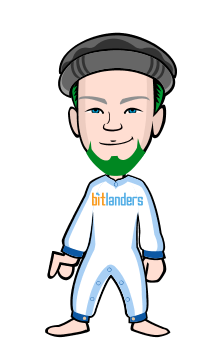