Southampton 1 - 1 Chelsea.
Sadio Mane put the home-side 1-0 up after just 17 minutes but they were unable to hold onto the lead and Chelsea equalise just before half-time thanks to a goal from in-form Eden Hazard.

Manchester City 2 - 2 Burnley.
Manchester City race into a 2-0 lead thanks to first-half goals from David Silva and Fernandinho but an unexpected turn of events as 2nd from bottom Burnley fight-back to secure an impressive 2-2 draw, with goals from George Boyd and an 81st minute equaliser from Ashley Barnes.

West Ham United 1 - 2 Arsenal.
A good day for Arsenal as they're the only side in the top 7 to record a victory, moving up to 5th position in the Premier League thanks to 2 goals in 3 minutes from Santi Cazorla and Danny Welbeck.

Newcastle United 3 - 2 Everton.
Aruna Kona put Everton 1-0 up after just 5 minutes but they're unable to hold onto the lead and goals from Papiss Cisse, Ayoze Perez and Jack Colback give the Magpies their first win in 4 Premier League matches as they climb to 9th position in the table.

Aston Villa 0 - 0 Sunderland.
A point a piece as two of the 3 lowest scoring sides in the Premier League play out an unsurprising 0-0 draw.

Hull City 0 - 1 Leicester City.
A massive result for bottom of the table Leicester City as they win for the first time in 14 matches thanks to a goal midway through the first-half from Riyad Mahrez.

Queens Park Rangers 0 - 0 Crystal Palace.
Neither side can break the deadlock as 15th place QPR are held to a goalless draw by 18th place Crystal Palace. 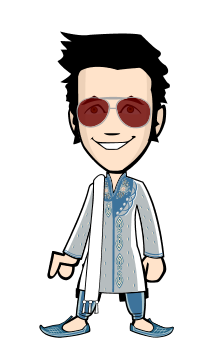 I love everyone Wish you have a nice day I come from Viet Nam . I hope you will sub me Thank you hi hi