“MY SOUL IS RESTED”
Parks was found guilty and Gray ﬁled an appeal. at afternoon, the city’s black leaders formed the Montgomery Improvement Association
(MIA) to plan for a longer boycott and elected newcomer Martin Luther King Jr as its leader. King, a 26-year-old preacher from Atlanta, Georgia, was known to be a powerful speaker. In the evening, he arrived at the Holt Street Baptist Church for a mass protest rally to deliver a speech laying out his vision for non-violent resistance. 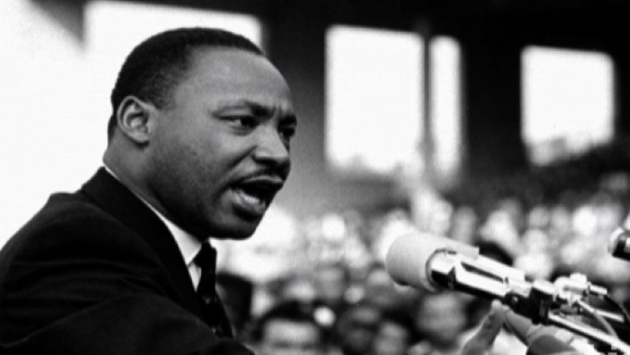 Speaking in a resonant voice, his words rolling out in the captivating cadence characteristic of southern Baptist preachers, King had his audience in raptures: “If you will protest courageously, and yet with dignity and Christian love, when the history books are written in future generations, the historians will have to pause and say, ‘ere lived a great people – a black people – who injected new meaning and dignity into the veins of civilization.’” The crowd erupted into cheers at every pause, and the church shook with the stomping of feet. Later, every person present voted to continue the boycott.
If it were to succeed in the long term, however, its leaders had to organize an alternative transport system. So the MIA set up a car pool. Black car owners volunteered and the MIA’s transport committee set up a network of pick-up and drop-o points. As the protest became a national story and money began to pour in from sympathizers, the MIA acquired a ﬂeet of station wagons. The system was run with military efficiency. Hundreds of cars transported thousands of passengers, while thousands more took to the streets and walked.

Mass meetings were held every Monday and Thursday at black churches to keep everyone informed and morale high. Speakers praised individual walkers, making heroes of ordinary people, and emphasized unity. When an elderly woman known as Mother Pollard was told she could drop out of the boycott, she insisted she would walk on. “My feet is tired but my soul is rested,” she said.
Black leaders met with white officials. Their demands were modest – courteous treatment, black drivers for black neighborhoods, and ﬁrst-come ﬁrst-serve seating by race, with blacks seated from the back of the bus and whites from the front until all seats were taken. Blacks would no longer have to give up their seats for whites or stand over empty seats.
But white officials would n’t budge.
The boycott wore on. Thousands of ordinary black citizens – maids, nurses, cooks, laborers, store workers, teachers, students and others – showed their determination by willingly accepting daily sacriﬁces. They would not be discouraged, even when Mayor Gayle announced a get-tough policy. The police cracked down on black drivers and harassed people at pick-up points. But the boycott held.
Then came the threats and intimidation. At the end of January, a bomb exploded in King’s house. Fortunately, no one was harmed and King, addressing the crowd from his splintered porch, continued to urge non-violence. 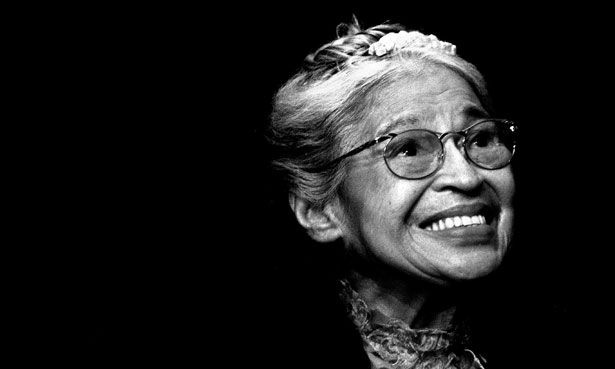 The most comprehensive official action came in February, when a grand jury indicted 115 blacks, including King and Nixon, under an obscure state law prohibiting boycotts “without just cause”. The boycotters did n’t wait to be arrested. Instead, they handed themselves in at the county jail, where they were cheered by crowds of African-Americans; to be arrested for the cause had become a badge of honor.
Parks’ appeal was thrown out on a technicality, but Gray had ﬁled papers in a federal court challenging bus segregation on behalf of ﬁve women. Then, in June, the boycotters won their ﬁrst legal victory: a three-judge federal court ruled that Alabama’s state and local laws requiring segregation on buses violated the 14th Amendment to the Constitution, which guarantees equal protection under law. While the ruling was under appeal, though, the laws remained in force.

ROAD TO FREEDOM:
Still the boycott went on, as did whites’ attempts to cripple it. Come autumn, the White Citizens Council asked the state’s courts to ban the car pool as an unlicensed transport system. In November, King was at the hearing awaiting bad news when he was handed a bulletin from the Associated Press. The Supreme Court had declared Alabama’s bus segregation laws unconstitutional. The boycott was, effectively, over. Almost a year after Parks’ arrest, Montgomery’s black citizens had achieved a remarkable victory. 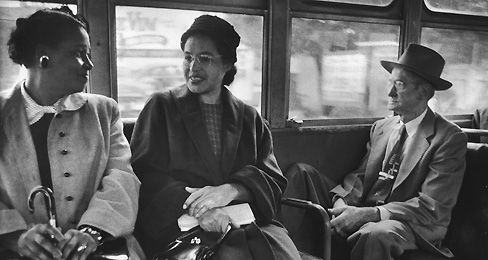 On 20 December, Montgomery city officials received the Supreme Court’s bus integration order. That evening, King gave a rousing speech at the Holt Street Baptist Church. His voice and the sounds of freedom songs were carried into the streets by loudspeakers stationed outside the church. The next morning, King, Nixon and other boycott leaders boarded a bus and took a seat at the front.
Thousands marched in support of black equality. In response, police suppressed protesters by attacking them with vicious German shepherds, bullwhips and powerful ﬁre hoses. Protestors were slammed into walls, beaten up and, in some instances, killed.
Many years of protest and resistance followed. Eventually, the stark contrast between the peaceful protestors and the ugly violence they were subjected to created pressure to pass meaningful Civil Rights legislation. Finally, in 1964, Congress passed the Civil Rights Act outlawing racial discrimination in public facilities and employment. The Jim Crow laws were abolished. A year later, African-Americans were guaranteed the right to vote by the Voting Rights Act.
These landmark victories can be traced back to the streets and churches of Montgomery, Alabama, where thousands of ordinary people whose names are lost to history invigorated the struggle for freedom by refusing to ride the bus.