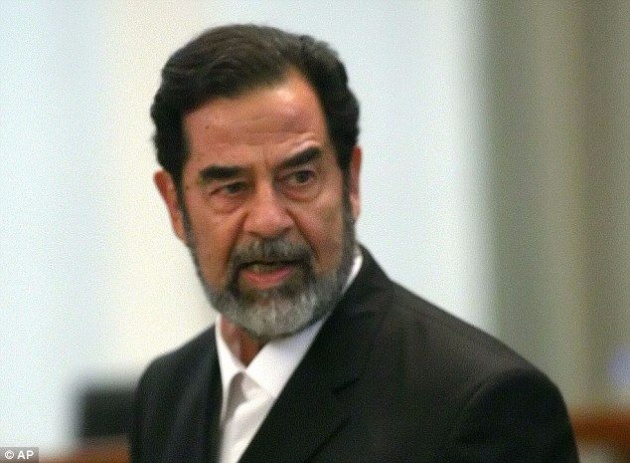 Saddam Hussein was president of Iraq for more than two decades and is seen as a figurehead of the country's military conflicts with Iran and the United States.

Early Life
Saddam Hussein was born on April 28, 1937, in Tikrit, Iraq. His father, who was a shepherd, disappeared several months before Saddam was born. A few months later, Saddam's older brother died of cancer. When Saddam was born, his mother, severely depressed by her oldest son's death and the disappearance of her husband, was unable to effectively care for Saddam, and at age 3 he was sent to Baghdad to live with his uncle, Khairallah Talfah. Years later, Saddam would return to Al-Awja to live with his mother, but after suffering abuse at the hand of his stepfather, he fled to Baghdad to again live with Talfah, a devout Sunni Muslim and ardent Arab nationalist whose politics would have a profound influence on the young Saddam.

After attending the nationalistic al-Karh Secondary School in Baghdad, in 1957, at age 20, Saddam joined the Ba'ath Party, whose ultimate ideological aim was the unity of Arab states in the Middle East. On October 7, 1959, Saddam and other members of the Ba-ath Party attempted to assassinate Iraq's then-president, Abd al-Karim Qasim, whose resistance to joining the nascent United Arab Republic and alliance with Iraq's communist party had put him at odds with the Ba'athists. During the assassination attempt, Qasim's chauffeur was killed, and Qasim was shot several times, but survived. Saddam was shot in the leg. Several of the would-be assassins were caught, tried and executed, but Saddam and several others managed to escape to Syria, where Saddam stayed briefly before fleeing to Egypt, where he attended law school.

Rise to Power
In 1963, when Qasim's government was overthrown in the so-called Ramadan Revolution, Saddam returned to Iraq, but he was arrested the following year as the result of in-fighting in the Ba'ath Party. While in prison, however, he remained involved in politics, and in 1966 was appointed deputy secretary of the Regional Command. Shortly thereafter he managed to escape prison, and in the years that followed, continued to strengthen his political power.

In 1968, Saddam participated in a bloodless but successful Ba'athist coup that resulted in Ahmed Hassan al-Bakr becoming Iraq's president and Saddam his deputy. During al-Bakr’s presidency, Saddam proved himself to be an effective and progressive politician, albeit a decidedly ruthless one. He did much to modernize Iraq's infrastructure, industry, and health-care system, and raised social services, education, and farming subsidies to levels unparalleled in other Arab countries in the region. He also nationalized Iraq's oil industry, just before the energy crisis of 1973, which resulted in massive revenues for the nation. During that same time, however, Saddam helped develop Iraq's first chemical weapons program and, to guard against coups, created a powerful security apparatus, which included both Ba'athist paramilitary groups and the People's Army, and which frequently used torture, rape and assassination to achieve its goals.

In 1979, when al-Bakr attempted to unite Iraq and Syria, in a move that would have left Saddam effectively powerless, Saddam forced al-Bakr to resign, and on July 16, 1979, Saddam Hussein became president of Iraq. Less than a week later, he called an assembly of the Ba'ath Party. During the meeting, a list of 68 names was read out loud, and each person on the list was promptly arrested and removed from the room. Of those 68, all were tried and found guilty of treason and 22 were sentenced to death. By early August 1979, hundreds of Saddam's political foes had been executed.
Decades of Conflict
The same year that Saddam ascended to the presidency, Ayatollah Khomeini led a successful Islamic revolution in Iraq's neighbor to the northeast, Iran. Saddam, whose political power rested in part upon the support of Iraq's minority Sunni population, worried that developments in Shi-ite majority Iran could lead to a similar uprising in Iraq. In response, on September 22, 1980, Saddam ordered Iraqi forces to invade the oil-rich region of Khuzestan in Iran. The conflict soon blossomed into an all-out war, but Western nations and much of the Arab world, fearful of the spread of Islamic radicalism and what it would mean to the region and the world, laid their support firmly behind Saddam, despite the fact that his invasion of Iran clearly violated international law. During the conflict, these same fears would cause the international community to essentially ignore Iraq's use of chemical weapons, its genocidal dealing with its Kurdish population and its burgeoning nuclear program. On August 20, 1988, after years of intense conflict that left hundreds of thousands dead on both sides, a ceasefire agreement was finally reached.

In the aftermath of the conflict, seeking a means of revitalizing Iraq's war-ravaged economy and infrastructure, at the end of the 1980s, Saddam turned his attention toward Iraq's wealthy neighbor, Kuwait. Using the justification that it was a historical part of Iraq, on August 2, 1990, Saddam ordered the invasion of Kuwait. A UN Security Council resolution was promptly passed, imposing economic sanctions on Iraq and setting a deadline by which Iraqi forces must leave Kuwait. When the January 15, 1991 deadline was ignored, a UN coalition force headed by the United States confronted Iraqi forces, and a mere six weeks later, had driven them from Kuwait. A ceasefire agreement was signed, the terms of which included Iraq dismantling its germ and chemical weapons programs. The previously imposed economic sanctions levied against Iraq remained in place. Despite this and the fact that his military had suffered a crushing defeat, Saddam claimed victory in the conflict.

The Gulf War's resulting economic hardships further divided an already fractured Iraqi population. During the 1990s, various Shi-ite and Kurdish uprisings occurred, but the rest of the world, fearing another war, Kurdish independence (in the case of Turkey) or the spread of Islamic fundamentalism did little or nothing to support these rebellions, and they were ultimately crushed by Saddam's increasingly repressive security forces. At the same time, Iraq remained under intense international scrutiny as well. In 1993, when Iraqi forces violated a no-fly zone imposed by the United Nations, the United States launched a damaging missile attack on Baghdad. In 1998, further violations of the no-fly zones and Iraq's alleged continuation of its weapons programs led to further missile strikes on Iraq, which would occur intermittently until February 2001. 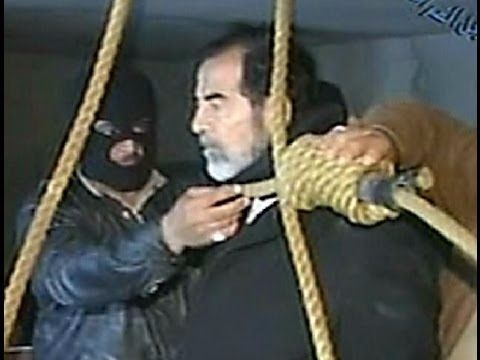