A strange black circle was spotted in the sky above a village in northern Kazakhstan. Baffled residents captured the mysterious spectacle on video as it hovered in the air for fifteen minutes before dissipating. - Youtube 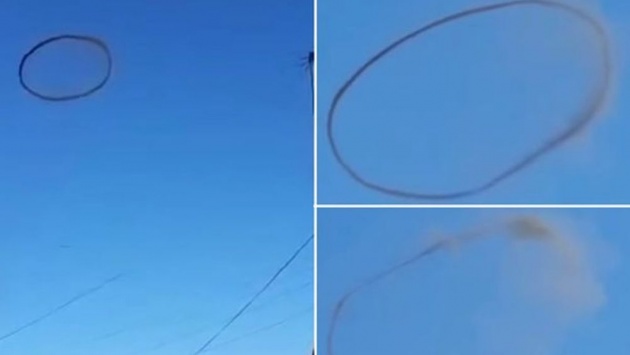 Residents of the village of Shortandy in northern Kazakhstan received a strange surprise last week when a mysterious black ring of what appeared to be smoke slowly floated over the village. Judging by the video below, researchers estimate that the ring was about 330 feet in diameter and floated at an altitude of approximately 650 feet.

According to villager Oleg Menshikov, "It was like a black cloud. We saw it at around 4 p.m. on April 3. It dissipated like smoke, but it was completely odorless." Villagers shot video of the strange ring floating by before it finally dissipated. Check it out below.

There is speculation that the ring may have been artificially produced by a specially designed smoke machine. But why someone would bring a special smoke machine to a remote part of Kazakhstan for a stunt like this remains a mystery.

That doesn't make it any less creepy, though.