SOCRATES (The Man Who Asked Why) (Part 1) 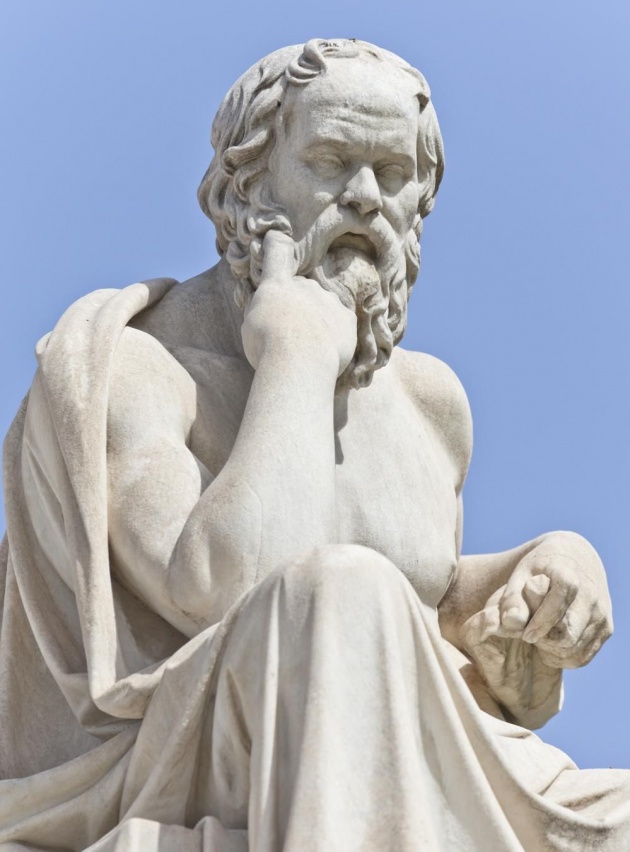 One spring evening in 399 BC, shortly before sunset, Socrates took himself oﬀ for a bath. ﬀ In doing so, he said, no one would need to wash his corpse in a couple of hours’ time. On his return, he was greeted by his three children and a number of his loyal followers, most on the verge of tears. The old man, however, was calmness itself. After talking to his children and then sending them away, he ordered that a cup of lethal hemlock be brought to him... and then drank it.
The hemlock’s eﬀects worked gradually and from the feet up. At ﬁrst Socrates was able to continue walking around, talking as he did so. But as his feet and legs grew heavy and, as a numbness started to spread throughout his body, he lay down on his back. When the paralysis reached his waist, he asked his student Crito to make a sacriﬁce to Asclepius, the god of medicine. Those were the last words he was to utter. Minutes later, Socrates, the greatest intellect of his day and one of the most inﬂuential philosophers in history , lay dead. At the age of 70, Socrates had taken his life by his own hand, but this was not suicide as we understand it today. In fact, he had been sentenced to death by an Athenian court – but, as beﬁtted the most civilised society in Ancient Greece, he was at least aﬀorded the dignity of carrying out the sentence himself.
And the crime that had led to this? Oﬃcially, it was for “impiety” – namely, implying that belief in the gods did not necessarily supply the answer to everything – and for “corrupting the Athenian youth” with his teachings. However, truth be told, Socrates had simply got on the wrong side of the wrong people – and he was too clever by half.

BORN IN A GOLDEN AGE:
Socrates was born in Athens in 470 or 469 BC. It was both a good time and a good place to be born. A decade earlier, the horrifying and long- standing prospect of a Persian invasion had been ﬁnally wiped out by the Athenians and their Greek allies at the Battles of Salamis and Plataea, and the city and its people enjoyed the wealth and opportunities that went with being the dominant naval power of the age.
The unique Athenian democratic system gave ordinary citizens the sort of power that would have seemed unthinkable 100 years earlier. The arts ﬂourished, with thousands packing the theatres for, say, the latest tragedies by Sophocles and Euripides or the satirical comedies of Aristophanes. New architectural masterpieces that graced the city included Athens’s pride and joy, the Parthenon temple. 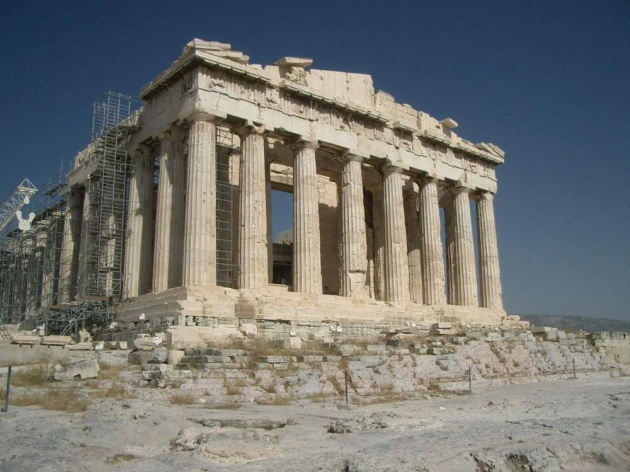 It is likely that Socrates himself learnt the skills of a stonemason, though beyond that, details of his early life are decidedly hazy . Learned scholar though he was, he wrote nothing at all down – not a jot – and so we are reliant on the accounts of three main contemporary writers, all of whom need to be treated with caution. The philosopher Plato, a student of Socrates, recorded his teacher’s discussions at length, but we can’t be entirely sure that Plato didn’t embellish Socrates’ views with some of his own; the historian Xenophon, another student and an avid devotee, was not known for letting accuracy get in the way of a good story; and the playwright Aristophanes was largely concerned with poking fun and making people laugh.
So, for instance, did Socrates’ friend, Chaerephon, really visit the Oracle at Delphi – the sacred site where a priestess delivered opinions and advice – to be told that there was “none wiser” than Socrates in Athens? Possibly not, though the story is a convenient one: Socrates’ sceptical reaction to the priestess and his subsequent querying of what ‘wisdom’ actually means is at the heart of much of his philosophical teaching. The philosopher’s conclusion – that wisdom lies in knowing one’s own ignorance – paved the way for him to examine anything and everything from scratch. Nothing was to be taken for granted. 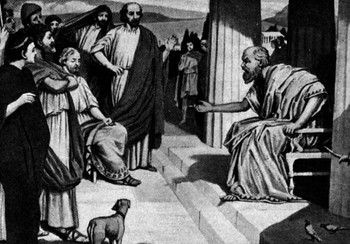 Wisest man in Athens or not, Socrates was deﬁnitely one of the bravest around. His ethical beliefs told him always to act in what appeared the morally right way, no matter what danger it might put him in, and he followed this stance to the letter. Nor did his bravery just extend to the courage of following his convictions: when Athens and Sparta went to war he was physically courageous on the battleﬁeld too.