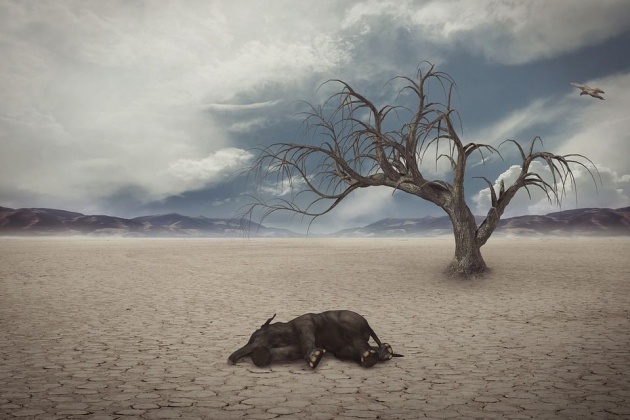 Dear Friends, I hope you are doing fine. I have come up with my another new Blog with the title of "Some Animals On The Verge Of Extinction".  In the modern world, everything is getting advanced on daily basis, some are good for humanity and some are lethal for them.  God has given priority to humans on all other creatures on earth.  Therefore, we can say that humans are better creatures than any other living being on earth.  However, priority comes with some price and that price is he sense of responsibility as they are responsible for their own lives and for the lives of other species on earth.  They should not be involved in any activity that is harmful to them as well as any activity that is harmful to other species.  Interestingly, this is not the case exactly, because humans are involved in a number of activities that has endangered not only their lives, but also the lives of other species on earth.  For instance, humans are cutting jungles on regular basis which is a threat to animals living there and the trees.  This is also affecting humans indirectly as the global temperature is rising and causing problems for humans as well.  Furthermore, humans across the globe are modernizing their scientific technologies and improving their weapons which are also causes of concern.  Here, in this blog, I shall highlight some animals which were an important part of our Organisms and they are dying out and facing "Extinction" because of many unhealthy activities of humans on earth. 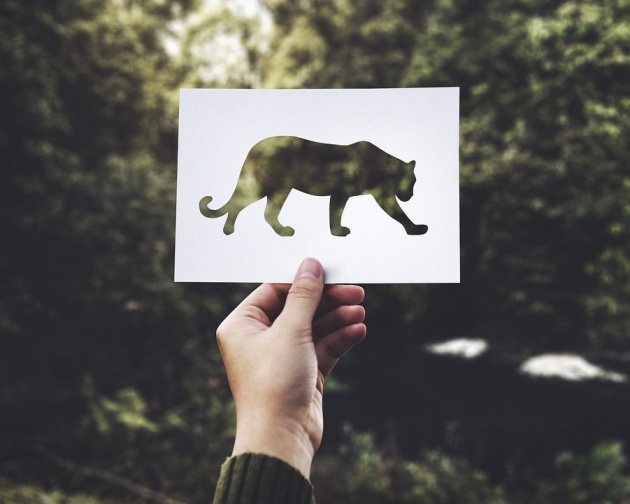 As the word depicts, Extinction is a kind of a process in which groups of organisms or living beings die out such as animals or plants etc. Scientists study each and every living being on earth, they keep into account their evolution and their journey towards their mortality.  Extinction is actually reduction in number of alive organisms.  If over a certain period of time, scientists observe that the birth rate of any species is less than their death rate, then we can say that extinction of that living being or species will eventually occur.  Since the global scenario is changing on continuous basis, therefore, we can say that extinction is natural because there are species which are not capable of adapting to changes in the surrounding environment, therefore, they get extinct.  Scientists believe that almost all of the Species i.e. 99% of all species that ever once lived on earth have gone extinct.  However, that does not mean that humans should indulge in devastating activities that cause extinction.  Let's discuss about some animals who are on the verge of extinction.

In biology and ecology, extinction is the termination of an organism or of a group of organisms (taxon), normally a species. The moment of extinction is generally considered to be the death of the last individual of the species, although the capacity to breed and recover may have been lost before this point. Because a species' potential range may be very large, determining this moment is difficult, and is usually done retrospectively. This difficulty leads to phenomena such as Lazarus taxa, where a species presumed extinct abruptly "reappears" (typically in the fossil record) after a period of apparent absence. 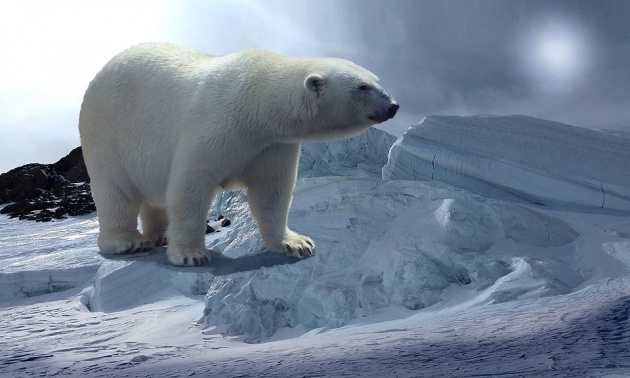 Due to Global Warming, the earth's temperature has risen to an extent where some species are in great danger.  Polar Bear is one of those endangered animals.  Polar bears need low temperatures to survive and therefore, they are unable to cope with the increasing global temperatures. They are on the verge of extinction because their range in which they live their lives is shrinking.  The sea ice is melting constantly and polar bears are dying.  Scientists believe that, on the whole, there are fewer than 26,000 polar bears are alive worldwide.  The future is very grim for polar bears because Scientists' satellite data shows that there are 70 percent chances that the polar bear population will decline by more than 30 percent by the middle of this century which is a sing of concern for humans, as they must adopt ways to reduce global warming.  Polar bears need heavy diet and that is the reason why they spend over 50% of their time hunting for food. They have to rely on bigger prey such as ringed and bearded seals because they require a large amount of fat to survive.  Since the population of seals and other species is also on decline, therefore, polar bears will have to face even more difficult circumstances in near future. 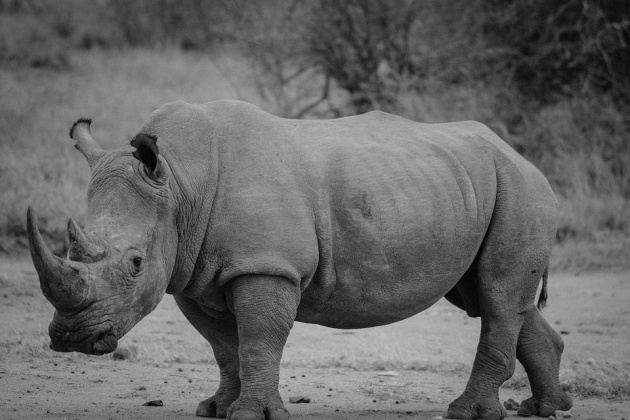 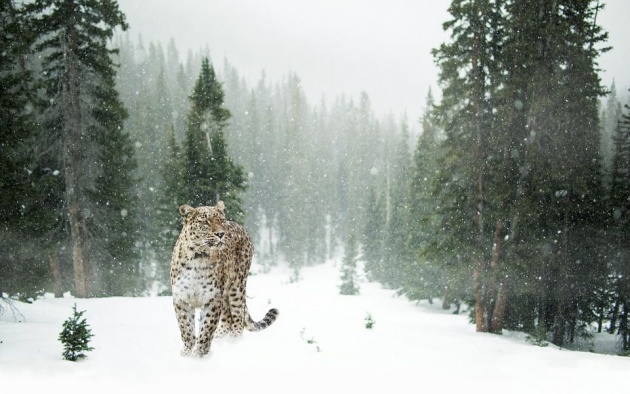 Normally Leopards are found in Jungles that is known to be a hot and humid environment.  However, there is a type of Leopard which is known as Snow Leopard and hundreds of years ago, they learnt to live in cold and freezing environments.  However, Global Warming is affecting them as well because they have become so much used to in cold environments that now in hot environment, they can't survive.  Snow Leopards have evolved to live in some of the harshest conditions on Earth. Their white and gray coat which is spotted with large black dots matches perfectly with the steep and rocky mountains of Central Asia.  Snow Leopards are found in many countries including China, Bhutan, Nepal, India, Pakistan, Afghanistan, Russia, and Mongolia, however, their population is dropping and the time is near when humans will no longer be able to see them.  Hunting of these animals, as well as habitat loss and retaliatory killings are the main reasons why this big cat is under threat.  Generally, local farmers kill snow leopards when sometimes they try to prey on livestock such as sheep, goats, horses, and yak calves.  Snow Leopards attack livestock when their natural prey becomes harder to find, snow leopards are forced to kill livestock for survival.  This happens because habitat for the snow leopard is constantly declining because of human settlements and increased use of grazing space. 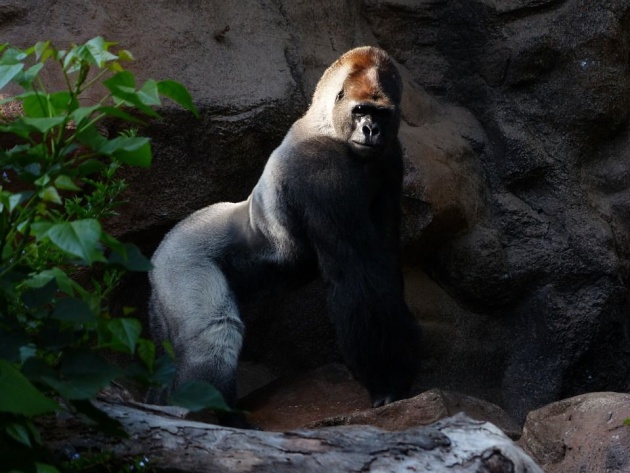 Friends, Mountain Gorillas have been declared by the Scientists among the endangered species.  Mountain Gorillas are one of the two gorilla subspecies that can only be found in two regions of Africa. This is so because of the threats they face which are harmful to their well-being and habitat. There are some large concerns, such as habitat loss, disease and poaching.  Mountain gorillas live in somewhat cold and moist climate and they feed on several jungle plants and bamboo. They are endangered because of human encroachment as the forests they occupy are being cleared for the growing human population.  As Scientists believe that mountain gorillas are closely related to human beings which makes them vulnerable to human diseases as well.  Therefore, even visiting tourists pose a threat of infecting them with illnesses such as the flu and even the common cold which may be fatal to gorillas. 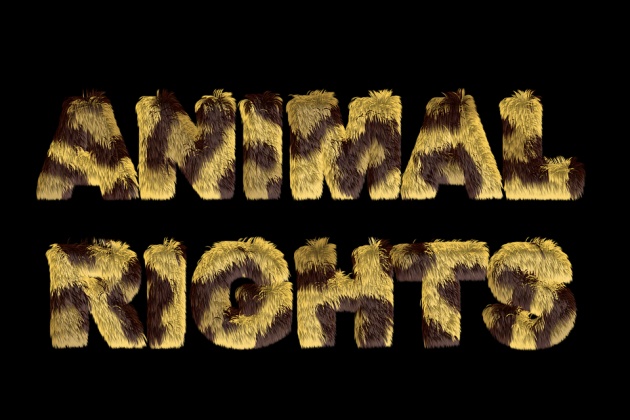 According to the International Union For Conservation of Nature, there are over 19,000 different species currently threatened with the extinction and with the passage of time, the situation is growing from bad to worse.  Humans have to adapt certain measures which can help in saving endangered species.  By increasing our knowledge, we can offer our part.  Scientists believe that up to 70 percent of the world's known species are at risk of extinction if the global temperatures rise above 3.5 Degrees Celsius. This problem is so much bigger that one in four mammals, one in eight birds, one third of all amphibians and more than 70 percent of the plant life is under threat of extinction.   Measures such as controlling the use of pesticides and chemical fertilizers and increasing number of trees in residential areas as well as commercial areas can play a big role in terms of saving our environment and controlling global temperature.  We should avoid using products which are made from threatened species and try to protect our wildlife habitat. 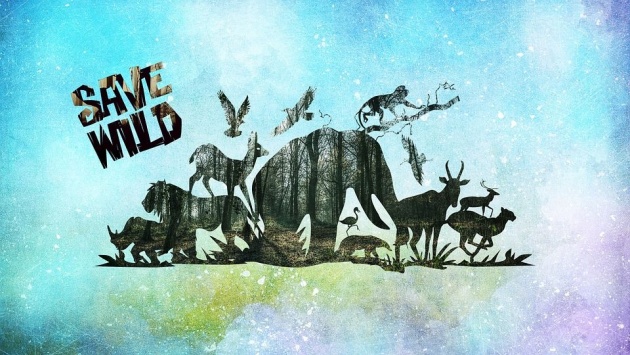