Much of the news on Saudi Arabia is relegated to the high number of executions that the kingdom carries out, her deeply conservative society and at present, her standoff with Iran.

I won't lie, I travelled to Saudi Arabia with some preconceived notions.

But, my perception soon changed.

When I arrived in Saudi Arabia's capital Riyadh, the first thing that stood out to me was how modern and developed the city is.

The roads in Riyadh are smooth and wide, almost resembling inter-city highways. Devoid of any trees or vegetation, they are in immaculate condition.
Being the unconventional traveller that I am, I wanted to do something different than the usual Dubai-esque fare.

After carrying out some research and asking around, I went to the old downtown area of the city. Now, I've been to many souqs during my travels in Dubai but the one in Riyadh stunned me with its authenticity.

There was nothing kitsch or outlandish about it. I reckon it's because it barely gets any tourists, only expats or visiting businessmen.

Masmak Fort.
Masmak Fort.
Located right next to the main downtown souq area is the Masmak Fort, which is one of the oldest buildings in Riyadh. Constructed in 1865, it played a huge role in the kingdom's history. It is now a well-kept modern museum.

I had to return to the fort on another day to see the interior of the museum because there are separately allotted days and timings for single men, women and families. Around evening time, the area around the museum functions as a public space where families gather to picnic or relax.

During my stay in Riyadh, I was also invited to the first contemporary art fair in the capital, which was held at a local gallery. Truth be told, I expected most of the art to focus on themes of patriotism and Islam — nothing risque or controversial.

When I went inside, I was amazed to see it thriving with activity. There was no gender segregation like most other public spaces in the country. Here, young intellectual Saudi men and women interacted with each other freely. It was also refreshing to see that the majority of the artists were females.

I was duly informed by some friends I had made in the city that Riyadh also has a budding street art and graffiti scene. Curious, I asked them to show me their favourite murals.

I noticed that the youth in the Riyadh, for the most part, are liberal and open to new ideas and innovation. Many of them have studied abroad courtesy of the government's generous scholarships. They return home with new perspectives and ideas but their activities are closely monitored by the Haya (religious police).

Notwithstanding, religion constitutes an important part of Saudi day-to-day life. Some of the street art and murals also cover themes pertaining to prayer and Islam.

Most restaurants and cafes in Riyadh have separate sections for families and men. But upscale eating joints have more relaxed rules and a simple booking is all you need to get in.

Pakistani and Indian cuisines are hugely popular among the local Saudi population. Restaurants like Lahori Khabbey and Copper Chandni specialise in Pakistani and Indian food. Also, one can get delicious, dirt-cheap food at the many Sudanese and Yemeni joints in the city.

Where local cuisine is concerned, shawarmas and ful medames are popular and budget-friendly dishes available in town.

Despite being a multicultural city and home to many different nationalities, the society is still very much gender segregated.

I also noticed that when people hang out, they prefer to do it with their own native cliques. A reasonable explanation for this would be because most expats reside in their own communities which is separate from the locals. It's not uncanny to come across an expat who has been living in the kingdom for 20 years but has no local friends.

Towards the end of my journey, I realised that there is much more to the kingdom than how it is portrayed in the media.

I consider myself fortunate to have resided in a mixed community where I befriended people from different cultures and learnt about them. I do feel like such experiences help in dispelling stereotypes.

Not all of them are overtly religious, neither is every individual extremely conservative. It's unfair to generalise the entire populace based on a certain section of the population.

Pakistanis know this all too well. 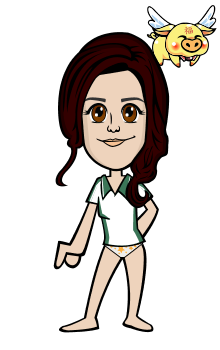 Pakistan Independence Day Who knew that the day.Of 14th of August,Will tell the world in a way,That…