Investigators believed that the suspect couple who killed 14 people and injured 21 others in a deadly shooting in San Bernardino of Southern California had been radicalized "for some time," the FBI said on Monday.
"We have learned both subjects were radicalized and have been for some time," David Bowdich, assistant director in charge of the FBI's Los Angeles Field Office, told a press conference.
"Did the female radicalize the male in this case? The answer is we still do not know," Bowdich said. "As the investigation has progressed, we have learned and believe that both subjects were radicalized and have been for quite some time."
The latest revelation in the FBI-led probe came five days after Syed Rizwan Farook, 28, and his wife, 29, shoot out at a Christmas party of San Bernardino County Health Department, where Farook had worked for five years.
Farook, a U.S. born citizen, and his wife Tashfeen Malik from Pakistan, were killed in a face-off with police hours after their attack on Wednesday morning in a conference room at the Inland Regional Center social services agency in San Bernardino, about 100 km east of Los Angeles.
The FBI said on Friday that authorities were investigating the mass shooting as an "act of terrorism."
"The investigation so far has developed indications of radicalization by the killers and of potential inspiration by foreign terrorist organizations," FBI Director James Comey said on Friday.
The authorities, however, have no indication that the couple were part of an organized larger group, he added.
On Sunday night, U.S. President Barack Obama said the two shooters were "self-radicalized," as no evidence had been found of links between the couple and any terrorist groups.
Bowdich said on Monday that the FBI investigators interviewed more than 400 people and gathered more than 300 pieces of evidence to figure out how and when were the couple radicalized.
Both of them had participated in target practice in the broader Los Angeles area and one of the target practice was done within days of shooting, he said.
Besides two hand guns, two assault rifles, and more than 6,000 rounds of ammunitions, police and investigators also found 12 pipe bombs and tools to make pipe bombs in their car and at their home after the couple were shot dead during the street shootout with police. 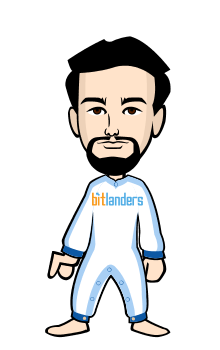