Stealing the Stone of Scone

Before the Sun was up on Christmas Day 1950, a bold, if outlandish, theft was underway, starting at the side door of Westminster Abbey. After a long and tiring drive from Glasgow to London, four Scottish students were jimmying open the door to the hallowed abbey with a crowbar, intent on ﬁlching a priceless piece of their nation’s heritage: the Stone of Scone. 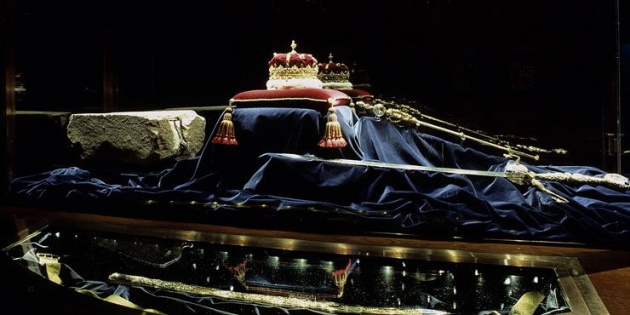 In the post-World War II years, the call for independence in Scotland had been noticeably quiet as Britain was more than usually united by its shared experiences from six years of war. Nationalist support was low, but, in these four young opportunistic thieves, the Scottish independence movement was about to have new champions.

ROCKY HISTORY:
The Stone of Scone – or the Stone of Destiny – is not exactly impressive to look at. Nothing more than a 150kg block of red sandstone, measuring 66cm long, with a roughly carved cross on one side, it’s hardly the Crown Jewels, but the stone holds a special place in history to the Scots as it was used for centuries in the coronation services of Scottish monarchs. Why the stone became so symbolically important is a mystery, but one legend claims it was used by the Biblical ﬁgure Jacob as a pillow. 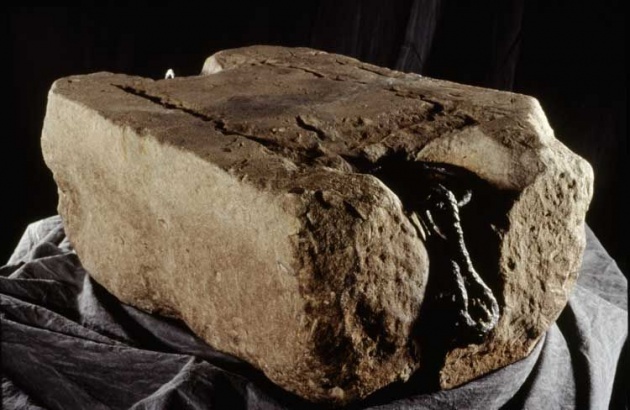 John de Balliol, in 1292, was the ﬁnal Scottish king crowned using the stone, four years before Edward I of England (appropriately named the ‘Hammer of the Scots’) captured it as a spoil of war. Taken from its historic resting place in Scone Abbey, near the Scottish city of Perth, the stone was sent to Westminster Abbey in London and ﬁtted into a chair – the Coronation Chair – on which English kings and queens were crowned for the next 650 years.

AMATEUR THIEVES:
Pinching the stone was not the scheme of a criminal mastermind.
Ian Hamilton was studying law at the University of Glasgow in 1950 when he, and three of his fellow students, decided to give it a go, more as a student prank than out of nationalist zeal. 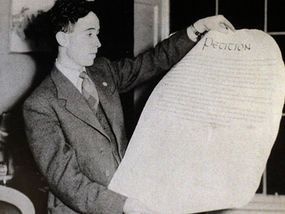 In planning the theft, Ian travelled to Westminster Abbey to scout out the best entrance. A security guard spotted him but, believing he was a vagrant, handed him half a crown. ey put their scheme into action in the days leading to Christmas. Ian, Kay Matheson, Gavin Vernon and Alan Stuart made the drive to London, taking around 20 hours, arriving late on 24 December. It was still dark in the early hours of Christmas Day when three of them broke into the abbey and prised the stone from the Coronation Chair, while Kay waited in the car. But as they carried the stone out of the abbey, they lost their grips on the heavy block. It fell onto the hard ground and cracked in two. 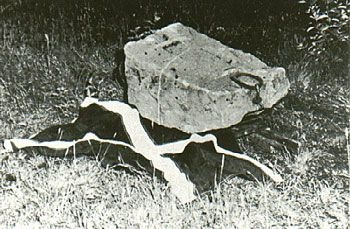 e smaller piece was hauled into the boot of the waiting car but before they could get the larger piece out, a policeman showed up. The quick-thinking Ian jumped into the passenger seat and started kissing Kay, in the hope of convincing the copper they were a couple just looking for a quiet spot. Once the policeman let them go, the rest of the stone was loaded and driven out of London. The jubilant thieves met up with a ﬁfth conspirator, John Josselyn, who, despite being born in England, was a Scottish nationalist. With his help, the getaway made slow progress back to Scotland. A mass police hunt was launched, including patrols of the borders, but Ian and co managed to sneak back into Scotland. There, they toasted the stone’s homecoming by pouring whisky over it.

RUINED HOPES:
That was as far as plans went. For over three months, the search continued in vain while those possessing it thought of what to do. In April 1951, the stone appeared at Arbroath Abbey, draped in the St Andrew’s ﬂag of Scotland and laid on the altar.
There was a letter, addressed to King George VI, left with the stone, justifying the motives of the thieves. It read: “They have been inspired in all they have done by their deep love of his Majesty’s realm of Scotland and by their desire to compel the attention of his Majesty’s Minister to the widely expressed demand of Scottish people for a measure of self-government.” Police were immediately informed of the stone’s whereabouts and, four months after being stolen, it was returned to Westminster Abbey. 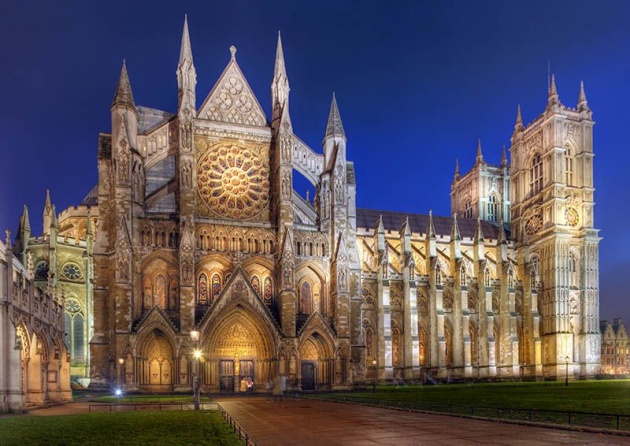 The four perpetrators faced questioning by police but escaped prosecution. The police, and British government, wanted to stop the story from growing, so the thieves received a slap on the wrists and were sent on their way. The theft renewed the stone’s importance to the Scottish, and its turbulent history again became a symbolic touchstone for the country. In 1996, following vigorous campaigning, the stone was ﬁnally returned to Scotland, to be kept at Edinburgh Castle.