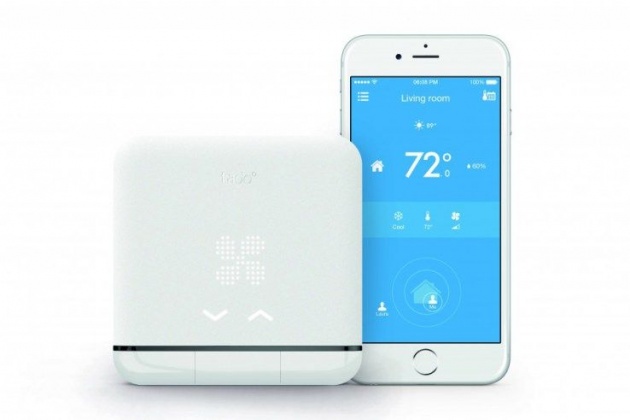 While smart thermostats have been around for years, they typically have only been able to interface with a home’s central heating or cooling system which are much more expensive than portable units. Today, Tado is launching the Smart AC Control, the world’s first device to make any remote-controlled air conditioner smart.

Tado’s device interfaces with over 85% of the world’s air conditioners, including both portable and window units. After being placed near the air conditioner, the system connects to your home’s WIFI, and uses infrared to issue commands to the unit. This effectively allows your phone to replace the cheap plastic remotes that normally come with air conditioners.

Once installed, Smart AC Control allows users to interact with their cooling system much like traditional smart thermostats do. For example you could have the system pre-cool before you get home, and automatically turn itself off to save energy when you are away.

The system will have IFTTT integration and is Apple HomeKit-ready. Additionally the unit will be packed with sensors such as temperature, humidity, light, noise, motion, and and Bluetooth low-energy.

The unit is available worldwide for $199, and can be purchased directly from Tado’s website.