1. Honesty in conducting trade
The Holy Prophet (PBUH) was extremely honest and trustworthy in his day to day affairs. This was a rare quality in the era he lived, when merchants and vendors used to swindle and deceive the consumers for petty profits. When he left on a trade journey, his female employer at the time Hazrat Khadija (R.A) sent another employee to accompany the Holy Prophet (P.B.U.H) to observe the way he dealt her goods. His findings indicated that Khadija’s (R.A) business was being handled by the Prophet (P.B.U.H) with utmost diligence and sincerity. Upon return, the Prophet Muhammad (P.B.U.H) came bearing handsome profits on account of his honest dealings. This unique characteristic of Holy Prophet (P.B.U.H)  impressed her so much that later on she sent him a proposal of marriage which ultimately Prophet Muhammad (P.B.U.H) accepted.

2. He upheld the truth at all times
Before that miraculous night when the Holy Prophet (P.B .U.H) was appointed as the final Messenger, the whole city of Makkah called him by the worthy names of Al-Sadiq, Al-Amin (The Honest, The Trustworthy). This not only placed the people’s firm belief and trust in him but when he finally began to preach the religion of God, people adhered to his attestations.

3. His focused approach and dedication towards his holy mission
The Holy Prophet (P.B.U.H) was so focused on his mission to propagate the word of God that he was ready to bear every hardship that came his way. When the affluent in Makkah came to realize that he was becoming popular among the masses, they chose to offer him incentives so that he gave up preaching the message of Islam. He was offered worldly possessions such as wealth, status of the chief of Makkah and marriage to the most beautiful woman at the time. Yet he remained steadfast towards his purpose and remarked ,”Even if they place the sun in my right hand and the moon in my left, I will not renounce my mission until I die or God fulfills my mission for me.”

4. His compassionate attitude turned enemies into friends
The Prophet’s message was not well received by all. Those who were too engrossed in idol worship refused to listen to his voice of reason and logic, started causing him physical pain and injury. His own uncle Abu Lahab’s wife scattered thorns in his path yet he never responded back but simply changed his course. A woman used to throw trash on him every day when he walked past her house but the noble Prophet (P.B.U.H) never rebuked her instead when one day the woman did not show up to throw trash at him, it prompted him to visit her house. Finding her ill and bed ridden, he was kind to her and inquired after her health. The woman was thoroughly ashamed of her actions and repented at once, accepting Islam. This is how the prophet used his merciful trait to conquer his enemies and convert them into his well wishers.

5. His modest attitude as a ruler
Despite being the ruler of Makkah and beloved of his companions, the Prophet (P.B.U.H) never distinguished himself from his companions. He ate what they ate, he dressed as they dressed and used to talk to them in a courteous way. His charisma was entirely based on his friendly and loving attitude that charmed everyone around him to no end.

6. Leading by example
He was always a role model and example for his followers. In the famous battle of the Trench, the Muslims were outnumbered and awfully short on supplies. Hunger and suffering were common during those times. A companion once came to the Prophet (P.B.U.H) and complained regarding his hunger and pointed to a stone fastened around his stomach to prevent hunger. The Holy Prophet (P.B.U.H) lifted his shirt and pointed towards not one but two stones fastened to his own stomach.

7. His sense of merit
He came as a liberator of all the oppressed and the victims. Hazrat Bilal (R.A) was an Abyssinian slave due to this fact alone, he was looked down upon as well as subjected to harsh treatment and ridicule. Upon joining the fold of Islam, he became a distinguished personality for all times as being the first Muslim to announce the call to prayer (Azaan) atop the Ka’abah. Hazrat Khalid bin Waleed (R.A) inflicted serious damages, time and again in skirmishes on the Muslims yet when he repented and chose to accept Islam, the Prophet (P.B.U.H) made him a respected commander of the Muslim army and addressed him with the title Saifullah (Sword of Allah). Hence, a sense of merit and logic was always present in all the judgments of the merciful prophet of mankind.

8. Putting to use everything for good
After the battle of Badar, when the Muslims captured many prisoners of war, the Holy Prophet Muhammad (P.B.U.H) ordained that all prisoners who were unable to pay their ransom could obtain freedom if they taught ten Muslims to read and write. This fact alone shows the wisdom of the Prophet (P.B.U.H) and his willingness to adopt anything that was beneficial and good for his people. This act of the Holy Prophet’s (P.B.U.H) also goes to show how much importance and emphasis he laid on education.

9. A simple life with little regard to worldly possessions
A man of humble means and behavior, the Holy Prophet (P.B.U.H) adopted a simple and modest lifestyle. Despite being the conqueror of Makkah, he did not take to worldly treasures or possessions. The night of his passing, the great Prophet’s house did not have oil to light a lamp. Such was his greatness that his regard for this world was nothing as compared to the spiritual world.

10. Pleasant disposition and cheerful manner
The Holy Prophet (P.B.U.H) was a man of high spirits and lofty character. One if his sayings are, “Even a smile can be charity.” He was always respectful of the old, caring towards the weak and loving towards the children. His wives and daughters took great joy in his company as did his companions. He used to spread a sheet of cloth in respect for his daughter Fatima (R.A) and foster mother Halima Saadia (R.A) every time they paid him a visit. The Prophet (P.B.U.H) was known not to decline anyone’s request for anything at anytime.

Muslims are fortunate to have a role model and perfect guide in the form of the Holy Prophet Muhammad (P.B.U.H). Achieving the same level of success that he did is impossible but the purpose of his life was for us to study, learn and implement his virtues in order to succeed in this life and the after life. 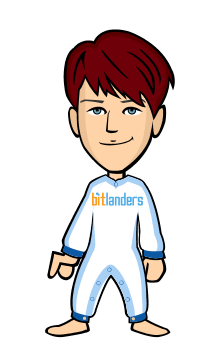