The Advent of Peace that is (ISLAM)

Islam the religion of peace and the divine guidance is the second largest religion in the world and propagating speedily to lead the world. This religion started with the life of the last Prophet of Islam. Hazrat Muhammad (P.B.U.H) to the development of the Muslim world. 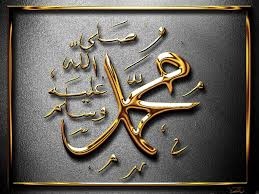 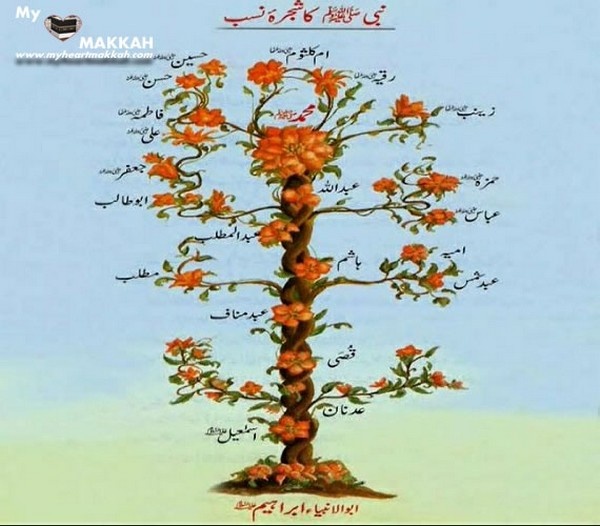 Holy Prophet (P.B.U.H), the most impressive personality of the people of the world in general and all the Muslims in particular was known for his truthfulness, mercy, honesty forgiveness etc. He was born on the 12th Rabbi ul Awal (29th August, 570 A.D). His father Hazrat Abdullah, had died before he was born. At the age of six his mother also passed away. Thus he missed all the parental care which forms the blessings of childhood. Hazrat Abdul Muttlib, the chief of the Banu Hashim clan, and also the Prophets grand father, became his guardian at the death of his mother, but he also died just after two years. After that his uncle Abu Talib brought him up. The boyhood of the Holy Prophet (P.B.U.H) was spent as shepherd but he become a trader when he grew up. Holy Prophet (P.B.U.H) used to sell goods of the wealthy merchants to far of places and return with profits to share with owners. One such merchants was Bibi Khadijah, a wealthy widow, who was impressed by the Holy Prophets (P.B.U.H) honesty and truthfulness and sent a marriage proposal to him. Holy Prophet (P.B.U.H) accepted the proposal after discussing with his uncle Abu Talib. Hazrat Khadijah proved herself to be a loving wife and a devoted help mate. This helped the Holy Prophet to devote himself to a life of prayer. 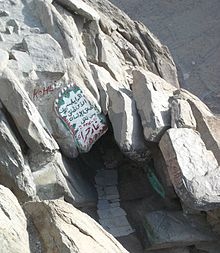 At the age of 40 years Holy Prophet (P.B.U.H) was chosen as the last Prophet of Islam by ALMIGHTY ALLAH, at that time he was in the cave of Hira a low - lying mount outside Makkah, when he received the first message of ALLAH "Read" through Hazrat Jibreal in the year 610 A.D. 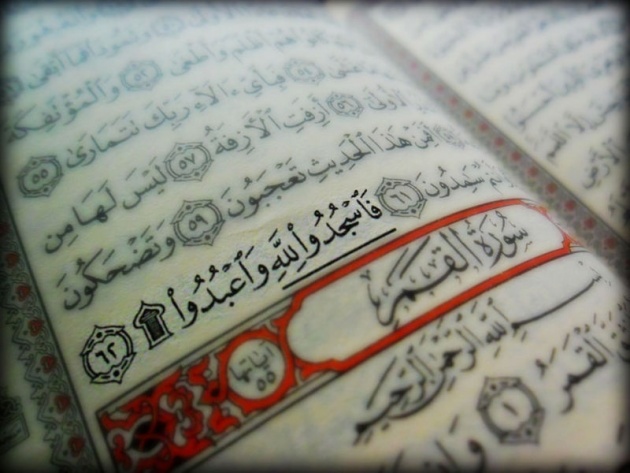 The preaching of Islam by the Holy Prophet was bitterly opposed by the Quraish they made life difficult for the Holy Prophet and his followers. The Holy Prophet (P.B.U.H) turned his mind to find out a new field for his activities. Therefore his revolutional Hijrat took place from Makkah to Madina in the 13th year at the prophet-hood and became a Landmark in the early history of Islam. 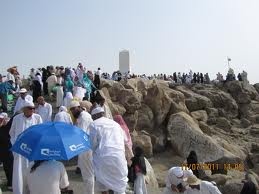 This migration became the starting point of the Muslim calender, which is also known as Hijra Calender. The Muslim changed their Qibla from "Bait ul Muqaddas" (Jerusalem) to the Holy Kaba (Makkah). fasting in the month of Ramzan paying Zakat and then Hajj was made compulsory here in Madinah. 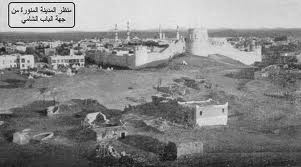 The success of the Muslims at Medinah made the non-believers furious and hostilities went on growing this led to three major battles Badr, Uhud and Khandaq. In the eight year of Hijra the Prophet P.B.U.H marched upon Makkah and captured the city unopposed the main reason was the glory of Islam which spread far and wide by that time. The Holy Prophet (P.B.U.H) did not take revenge even from his bitter enemy he granted general amnesty to all. The idol which lay at Kaba were destroyed " Truth has come and falsehood had vanished. 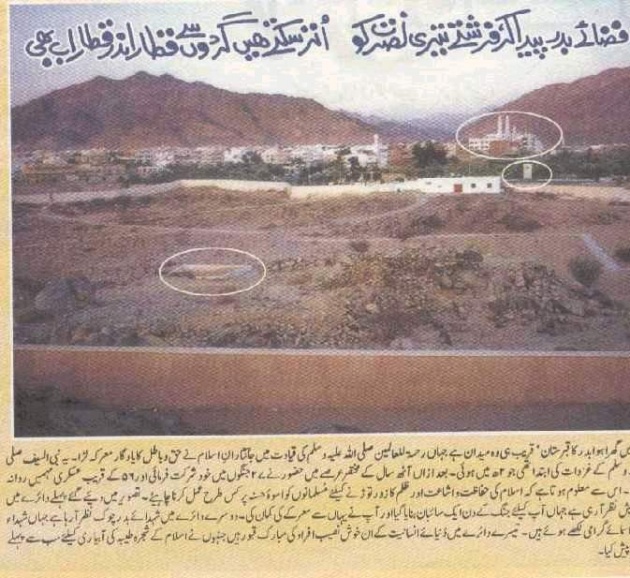 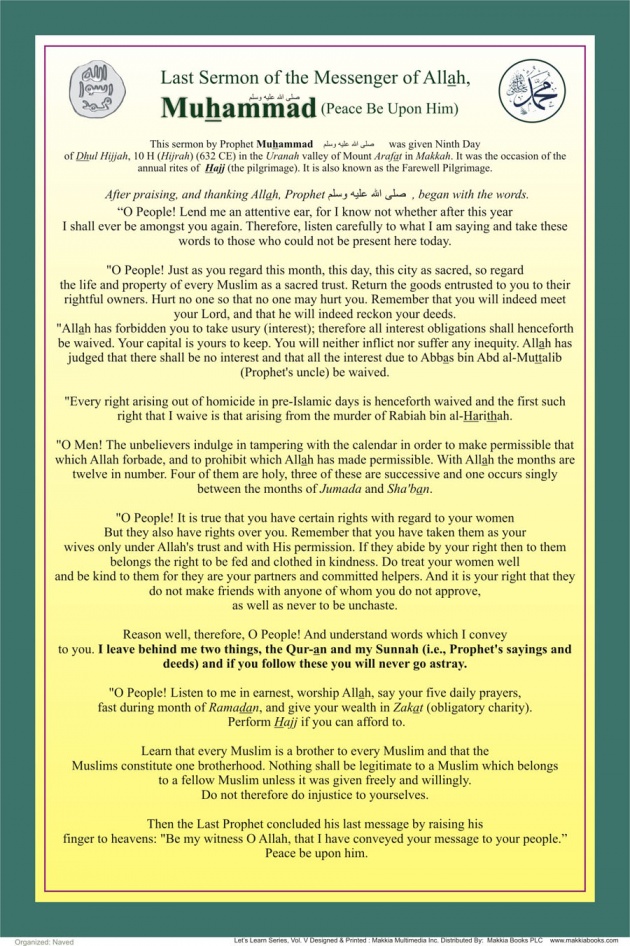 The Holy Prophet (P.B.U.H) performed the only Hajj of his life two years after the conquest of Makkah. In his last Hajj Sermon, the Holy Prophet said "O people" Your GOD is one, No Arab is superior to a non - Arab, nor a white man anyway better than black person only the "Taqwa" makes him superior. All of us are the offspring of Adam, and Adam was made of dust. I crush under my feet all the claims of falsehood. He advised the people to take guide in their lives. From the Holy Quran and Sunnah. The Holy Prophet passed away at the age of 63 in 632 A.D a few months after the last Hajj Sermon.